Fiverr IPO: What to Know About the Company Capitalizing on the Millennial Gig Economy 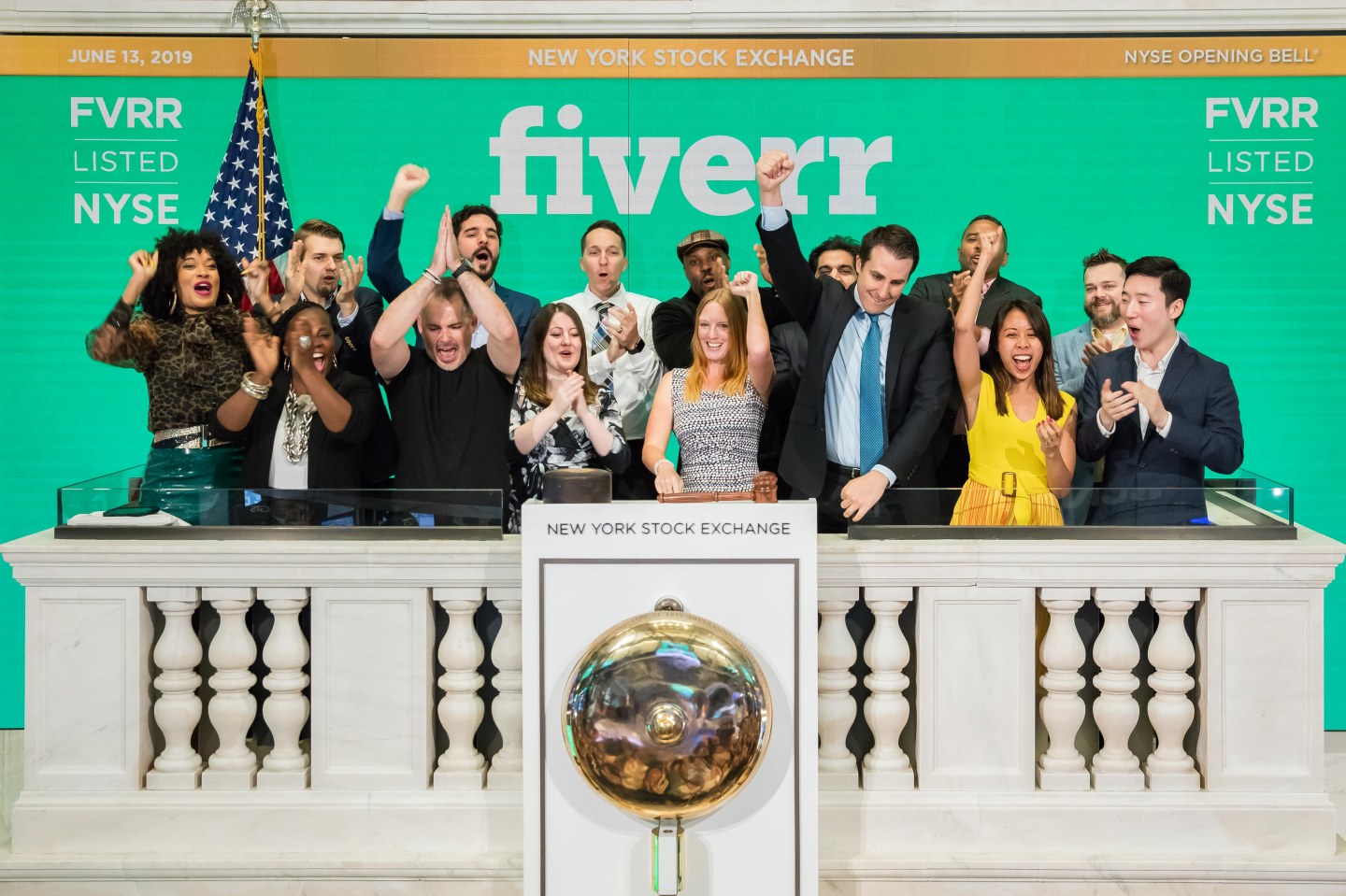 “Gig-economy” service Fiverr got a new gig as a public company on Thursday.

Fiverr is the latest freelancer company to go public, several months after fellow gig-economy company Upwork hit the market. Debuting at $26 per share (already over 23% higher than their initial pricing at $18 to $20), Fiverr stock is already trading up over 75% as of intraday trading. The company is mimicking online shopping services by creating a marketplace for companies to buy freelance services—with a starting cost of $5 per job. According to the company’s F-1 filing, the company’s target price gave Fiverr an estimated value of around $650 million.

But, why is the millennial freelance company making such a splash?

Fiverr, much like competitor Upwork, provides a platform for “buyers” (companies) and “sellers” (freelancers) to trade digital services in a freelance capacity. Dubbed the “gig-economy,” companies like Fiverr have picked up on the increase in freelancing or remote positions on the market—and are starting to capitalize on it.

But it appears Wall Street may be slightly less bullish on the “gig economy’s” potential. In fact, competitor Upwork’s shares rocketed up some 50% on their first day of trading back in October, but have since slumped to near their IPO price at around $15 per share.

And with the losses Fiverr is sustaining (some $1.26 per share for the 1st quarter), some investors are wary.

“The losses are really an issue here, but they’re not that large—they lost about $25 million in 2019 and it’ll be about the same in 2020, but it’s going to be until 2022 at least until we see profitability,” said Kathleen Smith, principal at Renaissance Capital, a provider of institutional research and IPO ETFs.“That’s a negative, so this company is going to have to show growth and at least some directional moves toward profitability.”

Smith added that the problem with competitor Upwork was that “investors have been kind of disappointed [with their reports] because the growth rates have not been as high as investors expected.”

But Fiverr is banking on the growing freelancer industry. In fact, recent statistics seem to back up the company’s bet.

According to recent studies, growth projections for freelancing are increasing 3.5% year-over-year. And according to Upwork’s 2019 Future Workforce Report, some 74% of millennial and Gen Z managers have workers who work primarily remotely. And, according to the report, some 50% of managers increased their use of freelancers since 2016.

It’s clear that millennials and Gen Z workers are flocking to this new way of working, as nearly half of all millennials reportedly have a side-hustle, according to a new Bankrate survey.

According to Keith Ryu, CEO and co-founder of hourly hiring and recruiting platform Fountain, the overall workforce trend is something to be optimistic about going forward. “The direction in which work is evolving opens up a lot of new opportunities for innovation to curate large labor pools and generate consistent output, match talent with tasks and train and monitor on scalable levels,” Ryu told Fortune via email. “The gig-economy is growing three times faster than the overall U.S. workforce, while the number of gig workers in the U.S. is expected to double in the next four years.”

In fact, despite the fact that companies like Fiverr and Upwork are still relatively small compared to other recent IPOs, experts suggest the future of the workforce is going remote.

“Fiverr’s brand is more a low-cost, global workforce that they’re connecting, and so I think overall it’s just reflective of what’s happening in the world of work,” said George LaRocque, founder and principal analyst at HRWins, an HR technology company. “Employers have consistently been expecting to increase their spend on [freelancers] year in, year out for 15 to 20 years. What these tools are doing … are providing a different kind of on-demand access to that talent.”

But what is less clear is how companies like Fiverr and Upwork can generate cash from the industry.

“It concerns us that Fiverr, because they have small sales … that really means that there is a lot of turnover and they have to keep marketing to get new people,” Smith said.

“I wouldn’t compare [Fiverr] to Uber or Lyft mainly because Uber and Lyft have losses that are significantly larger,” Smith said. “[Fiverr] has losses [and] it’s spending a lot on sales and marketing, so I think with this one, investors are saying, ‘well, the losses aren’t that large and they’re expecting it to turn profitable.’”

Whether or not Fiverr is destined to follow the same volatile path as other stocks like Lyft and Uber, analysts remain bullish on the gig-economy space the company caters to.

“What we’ve been calling the ‘human cloud’ is the next wave of available talent that’s been vetted by skill or certification that is what all the big staffing companies are focused on, and I think its representative of what a Fiverr is doing in providing available talent quickly,” LaRocque said. “I think that is where we’ll see a big impact in that space.”

Still, it seems Fiverr’s stock may have topped out. Smith claims the stock seems to have a “full valuation,” and that “investors should be cautious.”

The company is now trading on the New York Stock Exchange under the ticker symbol “FVRR.” Fiverr’s lockup period is 180 days, with underwriters including J.P. Morgan, UBS, Citigroup and more.