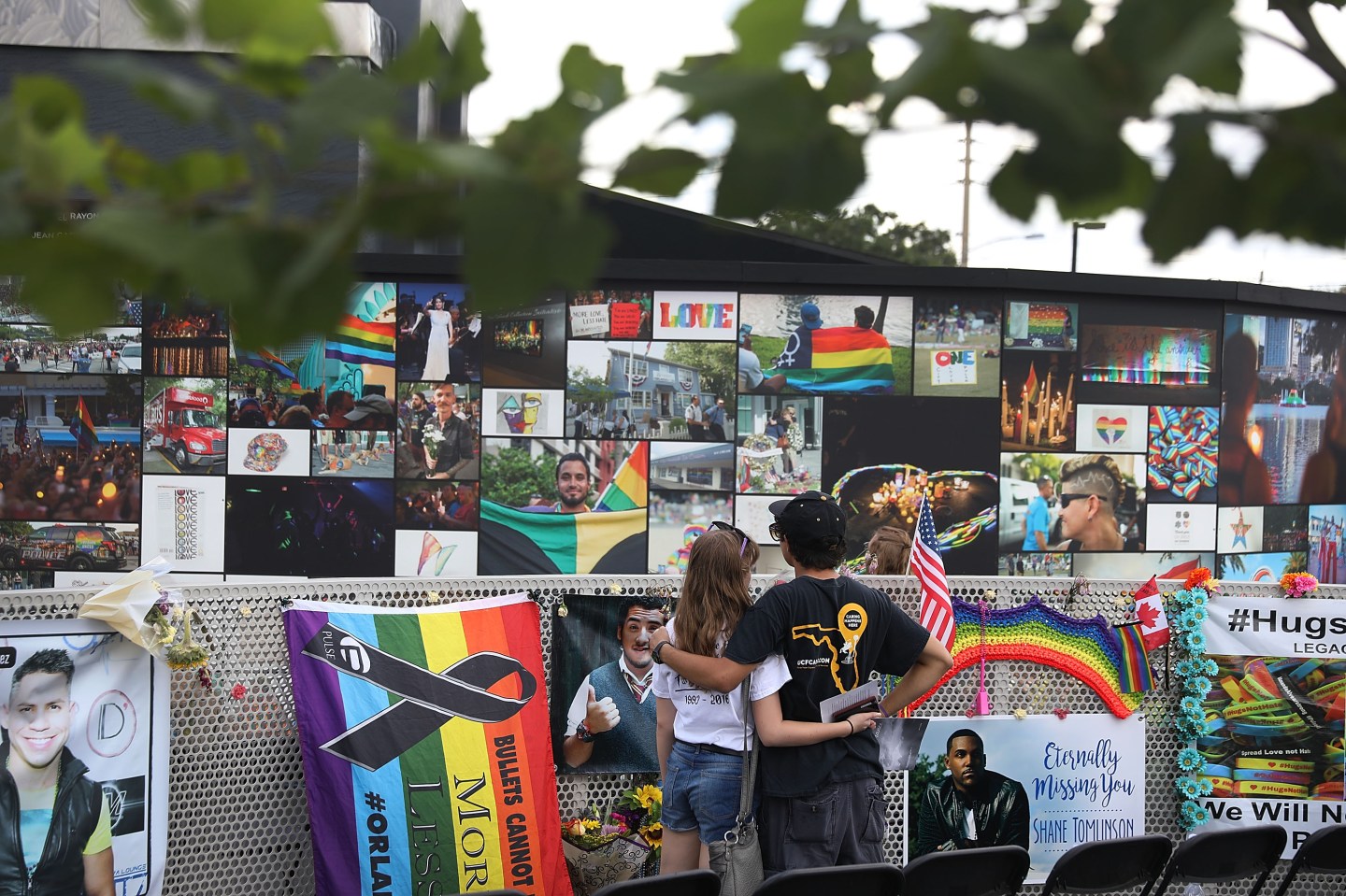 ORLANDO, FL - JUNE 12: Jillienne Riethmiller (L) and Zachary Guadalupe spend time at the memorial set up for the shooting victims at Pulse nightclub where the shootings took place two years ago on June 12, 2018 in Orlando, Florida. On June 12, 2016 a mass shooting took place at Pulse nightclub killing 49 people and wounding 53 in one of the worst mass shootings in U.S. history. (Photo by Joe Raedle/Getty Images)
Joe Raedle Getty Images

Florida Gov. Ron DeSantis has re-issued a proclamation marking the third anniversary of a massacre at a gay nightclub on Latin night, this time mentioning the gay and Hispanic communities.

The Republican governor on Wednesday issued what his office called a “corrected” version of the proclamation remembering the 49 people who were killed at the Pulse nightclub in June 2016.

DeSantis was criticized by a Democratic state lawmaker and others for omitting any mention of the gay or Hispanic communities in the original proclamation.

His communications director says in an email that staff members made in an error in the previous proclamation. She says the governor directed a reissue of the proclamation to mention the LGBTQ and Hispanic communities.