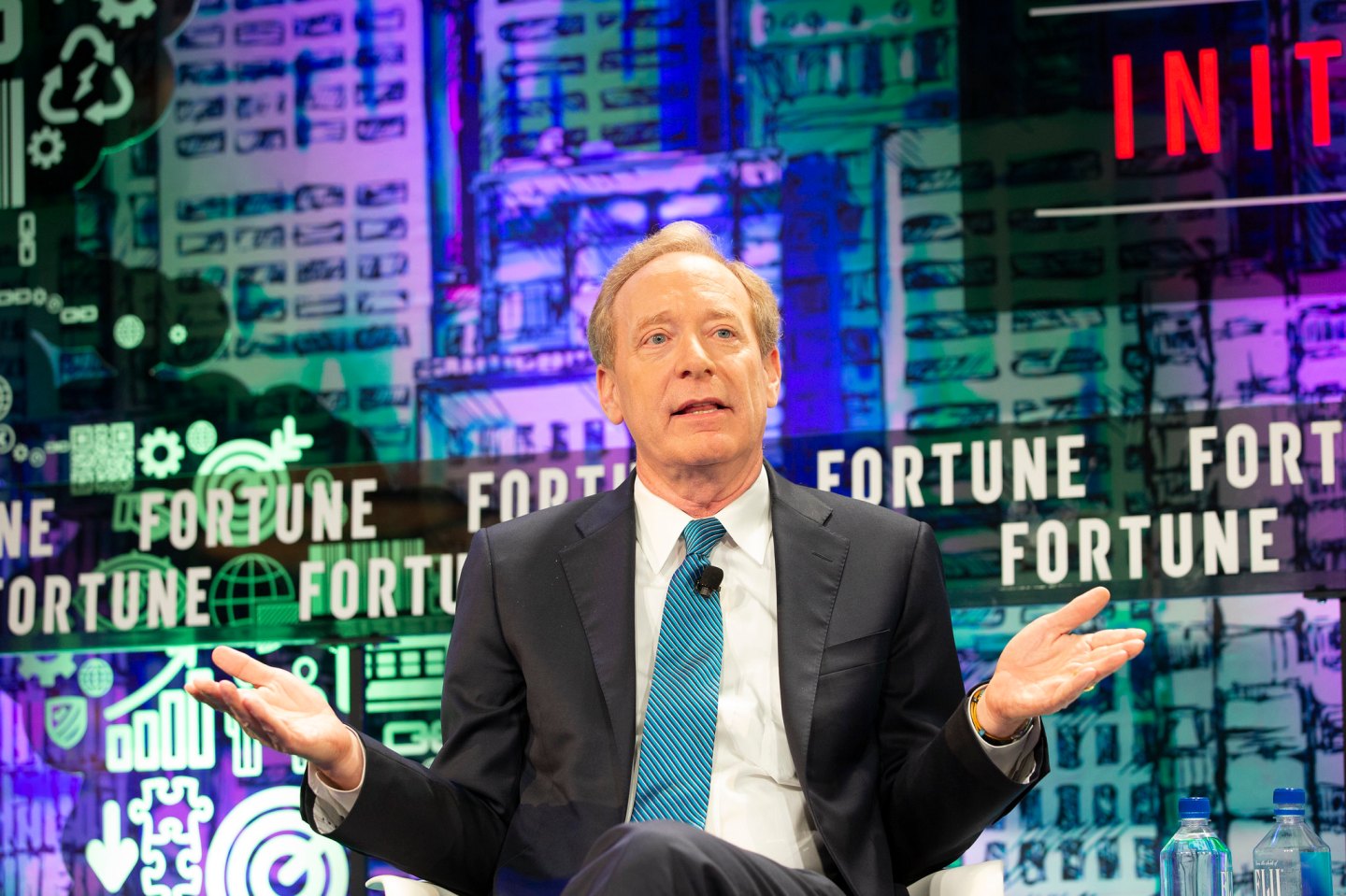 The Fortune CEO Initiative is underway in New York today — and antitrust is a hot topic.

Brad Smith, who was a top lawyer at Microsoft when the company was locked in epic regulatory battles with the U.S. and European governments in the 1990s, knows a thing or two about antitrust. He spoke with my colleague Adam Lashinsky about how attitudes toward corporate monopolies are changing and that this could bring about significant modifications in policy.

Smith said he believes U.S. regulators will start to look beyond consumer prices to companies’ overall behavior as a test for anti-competitive behavior. He agreed that the American government is prepared to adopt elements of “hipster antitrust.” What … is hipster antitrust?

The term, defined by a view of antitrust that goes beyond the traditional consumer welfare standard to include a range of socioeconomic issues, began as a tongue-in-cheek phrase but is now in use by academics and even the American Bar Association.

“Obviously, the public atmosphere has changed really quite remarkably,” Smith said. “It used to be that you’d be from the tech sector and everyone would say ‘that’s fantastic’.”

But the sentiment has largely changed. In 2019, “that’s fantastic” is no longer how tech behemoths are greeted. Rather, there’s been a rise in “techlash” — a reaction against Silicon Valley’s tech giants such as Facebook , Google and Amazon, with growing calls for regulation and crackdowns on monopolistic policies.

Today, regulators likely feel more remorse that they didn’t act more aggressively to stop earlier mergers such as Facebook’s acquisition of Instagram and WhatsApp, Smith said. He added that regulators will also focus their attention on the role of online platforms in building monopolies.

SAY CHEESE: Apollo Global Management agreed to buy digital imaging company Shutterfly for $51 per share, or about $2.7 billion, including debt. It also plans to buy photo sharing startup Snapfish upon the prior transaction closing, according to The Wall Street Journal.

The private equity giant plans to combine the two companies to create a bigger player in online photo services. The deal marked a 31% premium to the company's closing price on April 23, the day before a report of Apollo's interest became public.

Buyout firms have been interested in Shutterfly for quite some time. Silver Lake approached the company in 2014, and Thomas H. Lee Partners was sniffing around in 2017. But now might be the right time for a possible turnaround under private ownership, Pitchbook notes. Shutterfly’s shares have dropped about 48% in the last year.

• Yanolja, a South Korea-based hotel and travel services company, raised $180 million in Series D funding at a valuation of more than $1 billion, according to TechCrunch. GIC led the round, and was joined by investors including Booking Holdings. Read more.

• Infarm, a Berlin-based vertical farming tech startup, raised $100 million in Series B funding. Atomico led the round, and was joined by investors including Balderton Capital, Astanor Ventures, Cherry Ventures, and TriplePoint Capital.

• Alkami, a Plano, Texas-based provider of cloud-based digital banking solutions to banks and credit unions, has raised $55 million in Series E funding. General Atlantic led the round with participation from other investors that included MissionOG, S3 Ventures and Argonaut Private Equity.

• Vestaron, a Kalamazoo, Mich.-based developer of peptide-based biopesticides, raised $40 million in Series B funding. Novo Holdings A/S led the round, and was joined by investors including Anterra Capital, Cultivian Sandbox, Open Prairie Ventures and Pangaea Ventures.

• RapidAPI, an Israel-based API marketplace that helps developers find and connect to publicly available APIs, raised $25 million in Series B funding. M12 led the round, and was joined by investors including DNS Capital, Andreessen Horowitz and Green Bay Capital.

• Getaway, a Brooklyn, N.Y.-based wellness hospitality company, raised $22.5 million in Series B funding. Starwood Capital Group led the round, and was joined by investors including L Catterton.

• MORI, a London-based creator of clothing for babies and toddlers, raised more than 4 million pounds ($5 million) in Series A funding. Guinness Asset Management led the round, and was joined by investors including JOBI Capital and 500 Startups.

• Chanel Inc. made an investment in Evolved by Nature, a green chemistry company that develops silk. Financial terms weren't disclosed.

• Asset World Corporation, a Thai hotelier, it planned to float up to 37% of the company in an IPO. Read more.

• Atreca, a Redwood City,-Calif-based preclinical biotech for immunotherapies focused on solid tumors, plans to raise $125 million in an IPO of 7.4 million shares priced between $16 to $18. It has yet to post a revenue, and posted a loss of $37.9 in 2018. Baker Brothers (22.8%), Bill and Melinda Gates (9%) and Wellington Management (12.5%) back the firm. Cowen, Evercore ISI and Stifel are underwriters. It plans to list on the Nasdaq as “BCEL.” Read more.

• Prevail Therapeutics, a New York-based early stage gene therapy maker focused on neurodegenerative diseases,plans to raise $125 million in an IPO 7.4 million shares prices between $16 to $18. It has yet to post a revenue, and posted a loss of $19.1 million in 2018. OrbiMed (48.6%) backs the firm. Morgan Stanley, BofA Merrill Lynch, and Cowen are underwriters. It plans to list on the Nasdaq as “PRVL.” Read more.

• Akero Therapeutics Inc, a Cambridge, Mass.-based biotechnology company focused on treating non-alcoholic steatohepatitis and other serious metabolic diseases, plans to raise $75 million in an IPO of 5 million shares priced between $14 to $16 (40% insider). Apple Tree Partners (20.2% pre-offering), Atlas Venture (17.4%), venBio Partners (17.4%), and Versant Ventures(17.4%). and it plans to list on the Nasdaq under the symbol AKRO. J.P. Morgan, Jefferies, and, Evercore ISI are underwriters. It plans to list on the Nasdaq as “AKRO.” Read more.