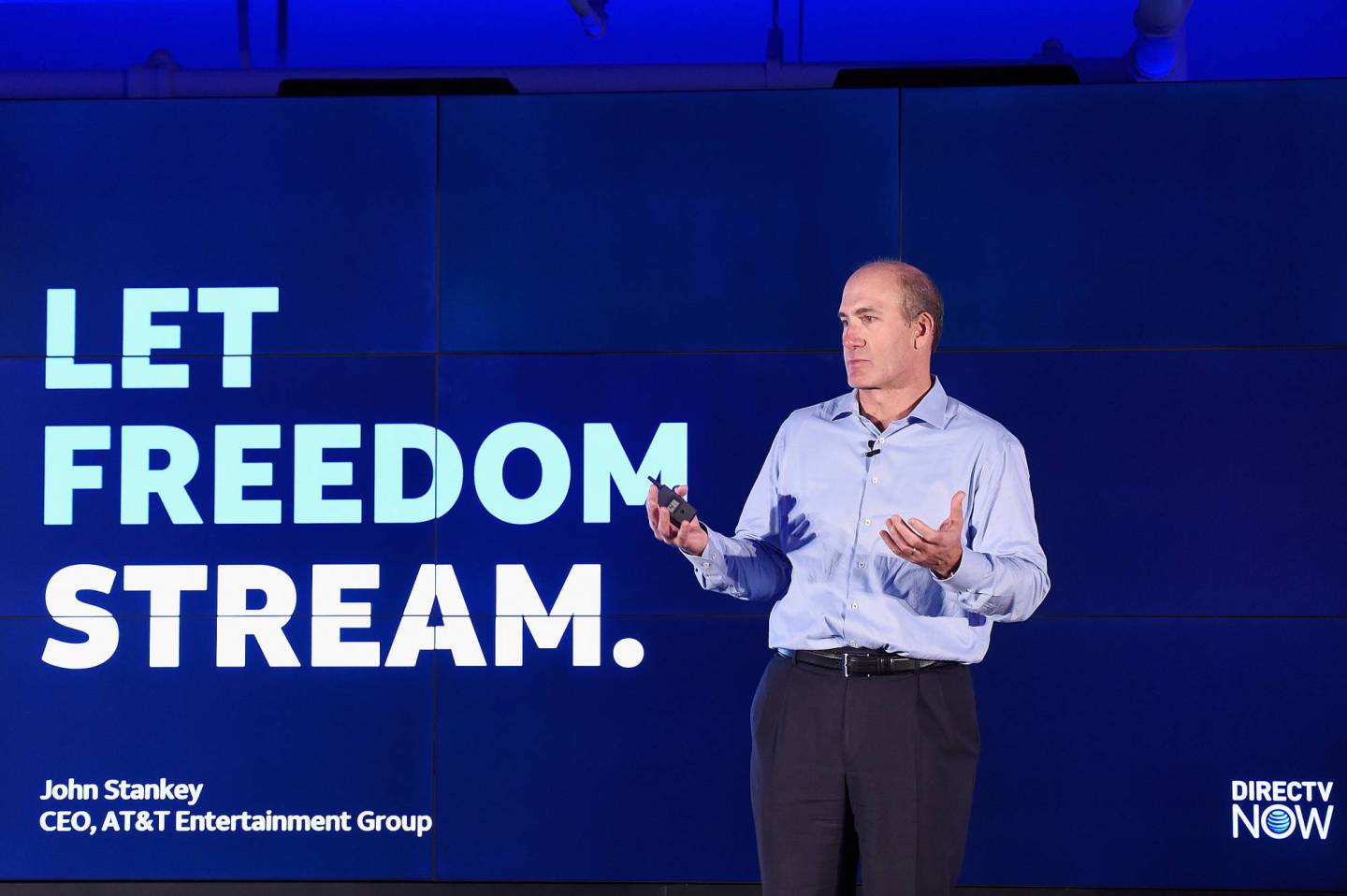 WarnerMedia’s reported plans for its new video streaming service make for a good example of why business is so interesting.

The Wall Street Journal says the AT&T unit intends to launch a service to house all its properties for $16 or $17 a month. That’s more than twice the price of the new Disney+ and far above Netflix but barely more than what its HBO unit’s streaming service already charges. In other words, if The Journal is correct, AT&T intends to offer all the family’s jewels for a tad more than it charges today for one prized property.

There are more surprises still. Industry watchers had expected a tiered-pricing strategy, a good/better/best approach. Instead, AT&T appears to have chosen a one-size-fits-all price. Also, while AT&T is said to be considering selling advertising against its shows down the road, as Comcast’s NBCUniversal plans to do, for now it is going the no-ads route of Disney+ and Netflix. “They were telling me how they were going to cash in on targeted advertising with an [Internet streaming] service,” Fortune’s Geoff Colvin wrote me Thursday afternoon. He’s referring to his extensive interviews with AT&T executives for his recent feature on the company.

All the major players know they can’t all win here. Consumers simply won’t support unlimited subscription services. Again, that’s why business is a glorious competition. There will be losers.

I sat courtside at a Golden State Warriors basketball game for precisely one quarter of one game in my life. A friend had received tickets from the late Dave Goldberg, a spot along the out-of-bounds line known as “the Goldie seats,” and he asked me to join him briefly. It was exhilarating.

This was for a regular season game. Wednesday night, before the shameful fracas involving former Sequoia Capital investor Mark Stevens, I was scanning the sidelines before a commercial break and am pretty sure I spotted Airbnb CEO Brian Chesky. I know I saw Jason Calcanis and Ben Horowitz. I commented to my wife that if I were a billionaire (or nearly one) I’d get awesome seats in the 12th row or so to make sure that I didn’t show up on TV, the better to enjoy my privileged existence off camera. “That’s why you’re not a billionaire,” she said.

That’s probably not the only reason. But I can’t argue with that.

Herb Sandler, a great businessman and human being, has left us. Read here and here about his stupendous career as a banker and a philanthropist. I knew him briefly as an intensely engaging and caring conversationalist and a proud father. May his memory be a blessing.

Player of Games. Amid all the privacy and antitrust controversy, business must go on at the tech giants. Google on Thursday announced its first large acquisition in five years, buying data analytics startup Looker for $2.6 billion. The company also announced that its Stadia streaming game service would launch in November and offer a free tier, called Stadia Base, and premium offering with 4K resolution, called Stadia Pro, that will cost $10 per month.

Matter. After signing a deal with Netflix to make movies and TV shows, former President Barack Obama and first lady Michelle Obama agreed to create podcasts on “wide-ranging topics” for Spotify, the streaming music company said on Thursday. The aim will be to “amplify voices that are too often ignored or silenced altogether,” Michelle Obama said.

Use of Weapons. Banned from doing business with U.S. carriers, Chinese telecom equipment giant Huawei is still moving ahead on other fronts. The company signed a deal to sell 5G mobile gear to Russia's top mobile network, MTS. Meanwhile, the U.S. ban continues to bite, as Facebook said it would stop letting the carrier pre-install its apps, including Instagram, Messenger, and WhatsApp. Or does it? Google warned the U.S. government that preventing it from updating Android software on Huawei-made phones could open the door to more hacking.

Excession. Speaking of our favorite phone companies, the Federal Communications Commission voted on Thursday to allow the industry to block those super-annoying spam calls by default. Previously, customers mostly had to opt-in to robocall blocking services.

Surface Detail. Get ready for another round of layoffs at IBM, as the company disclosed on Thursday that about 1,700 jobs would be cut, saying it needed to "reposition our team to align with our focus on the high-value segments of the IT market." Overall, IBM said it will "hire aggressively" in growing segments.

State of the Art. Online conferencing service Zoom Video Communications blew past analysts' expectations with its first earnings report since going public in April. Revenue more than doubled in the latest quarter to $122 million and adjusted earnings of 3 cents reversed a tiny loss a year earlier. Zoom shares, already more than double the IPO price, were up 15% in premarket trading on Friday. Elsewhere on Wall Street, hedge fund Elliott Management is buying struggling bookseller Barnes & Noble for almost $700 million (including debt). The company will be combined with British chain Waterstones and run by Waterstones CEO James Daunt.

Undo. Wednesday's Data Sheet news summary misstated who filed the lawsuit against Apple this week. It was a pair of developers, solo practitioner Donald Cameron and Pure Sweat Basketball, that charged Apple was monopolizing app sales on the iPhone.

(Headline reference explainer, from the works of the late, great Iain M. Banks.)

Getting Fabulously Wealthy in Silicon Valley: No Coding Required (Bloomberg)
The (Google) property deal, sealed in April, was just one more in the long, lucrative partnership of John Arrillaga and Richard Peery, the Bill Hewlett and Dave Packard of Silicon Valley real estate. Unlike Hewlett and Packard—or Bezos or Zuckerberg, for that matter—Arrillaga and Peery are little known outside the Bay Area. But from the start, they’ve been building Silicon Valley, brick by building by office park, as two of the region’s premier developers.

Upgrade Arbitrage (Tedium)
The charm of buying old workstation hardware on the cheap to support your modern computing needs. If it doesn’t work for them, it might just work for you.

Inside the Private Groups Where C-Suite Women Go to Power Up (WSJ Magazine)
Chief is a club for women at the VP and C-levels only, where each member is assigned to a small peer group with regular meetings designed to help her become the best leader possible.

Why New York Can’t Have Nice Things (New York Magazine)
It costs three times more to build a subway station here than in London or Paris. What if we could change that?

Whatever you think of the motives of The New York Times for starting its series of obituaries for long-dead people the paper overlooked the first time around, the resulting articles have been amazing. This week, we got Alan Cowell's brilliant obit for computer pioneer Alan Turing, who died of an apparent suicide on June 7, 1954. Besides helping crack Nazi codes and developing some of the first computing machines, he also created the famed test for artificial intelligence programs:

In an article published in 1950 in the academic journal Mind, Turing developed a method that came to be known as the “Turing Test,” a sort of thought experiment to determine whether a computer could pass as a human. As part of his experiment, a human interrogator would ask questions and try to figure out whether the answers had come from a computer or a human.

Many years later, on a visit to London, President Barack Obama placed Turing in a trans-Atlantic pantheon of innovation and discovery, saying, “From Newton and Darwin to Edison and Einstein, from Alan Turing to Steve Jobs, we have led the world in our commitment to science and cutting-edge research.”

McDonald's New Meatless Burger Is Aimed at a Different Kind of Eater: The Part-Time Vegan By Grace Dobush

Walmart Set to Deliver Groceries Into Your Home By Phil Wahba

Does the SEC's ICO Lawsuit Against Kik Go Too Far? By Jeff John Roberts

The Uber IPO Was Not a Failure. But IPOs in General Are a Mess By Vitaliy Katsenelson

I know, I know, it's a totally fabricated holiday made up by marketers and, I know, the resulting online stories are carefully prepped, SEO-loving click bait, but still...free doughnuts! I'm off for a two-week vacation, but you'll be in good hands with a rotating cast of many other fine Fortune tech reporters taking over curation duties along with Adam and Clay's essays. Have a great weekend.