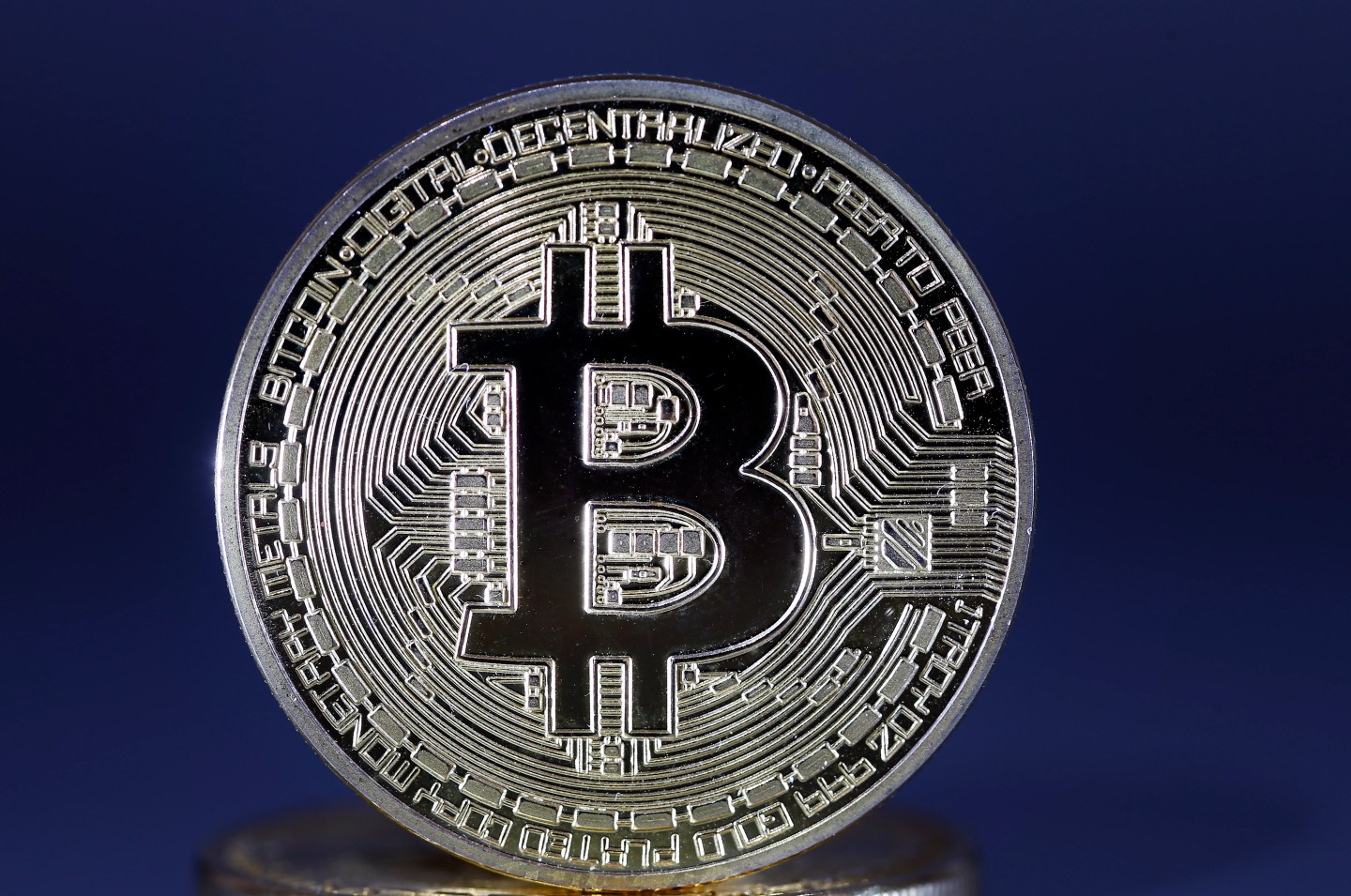 PARIS, FRANCE - APRIL 03: In this photo illustration, a visual representation of the digital Cryptocurrency, Bitcoin is displayed on April 03, 2019 in Paris, France. Bitcoin is an electronic money that has seen an incredible increase in 2017, its price has reached 20,000 euros. But, while cryptocurrency has been trading for some months around 3200 to 3500 euros, it has risen to 5000 euros since yesterday. According to one analyst, this move would be linked to a single buyer who would have passed a colossal order to make up the course. (Photo by Chesnot/Getty Images)
Chesnot Getty Images

Bitcoin fell back below the $8,000 level for the first time in more than a week to halt its most recent rally, leading a wider retreat among cryptocurrencies.

The largest digital currency slumped almost 10% and was trading at $7,930 at 8:57 a.m. in Hong Kong, its biggest retreat in about two weeks, according to consolidated Bloomberg pricing. Bitcoin touched a year-to-date high of almost $9,100 on May 30, the data show. The wider Bloomberg Galaxy Crypto Index also fell as alternative coins including Ether and Litecoin retreated.

Bitcoin is down about 6% so far in June, after its best month since August 2017 amid a resurgence in investor sentiment following months of relative inactivity. Industry watchers pointed to renewed institutional interest this year with the likes of Facebook Inc. and JPMorgan Chase & Co. developing coins of their own.

“It just got a little bit extended, this is a healthy retracement,” said Timothy Tam, co-founder and chief executive at CoinFi, a cryptocurrency research firm in Hong Kong. “There’s quite a lot of volume going through, this is normal Bitcoin volatility. At the end of the day it still doesn’t take a lot of money to move these markets compared with traditional markets.”

Headwinds from the wider sell-off in global markets are also a factor, leading to “speculative flow” through alternative markets such as cryptocurrencies as well, Tam said.

—Brainstorm Finance is almost here. Join us on the beach in June