New York’s MTA Gets Apple Pay, Google Pay, and Fitbit Pay: Here’s How to Set It Up 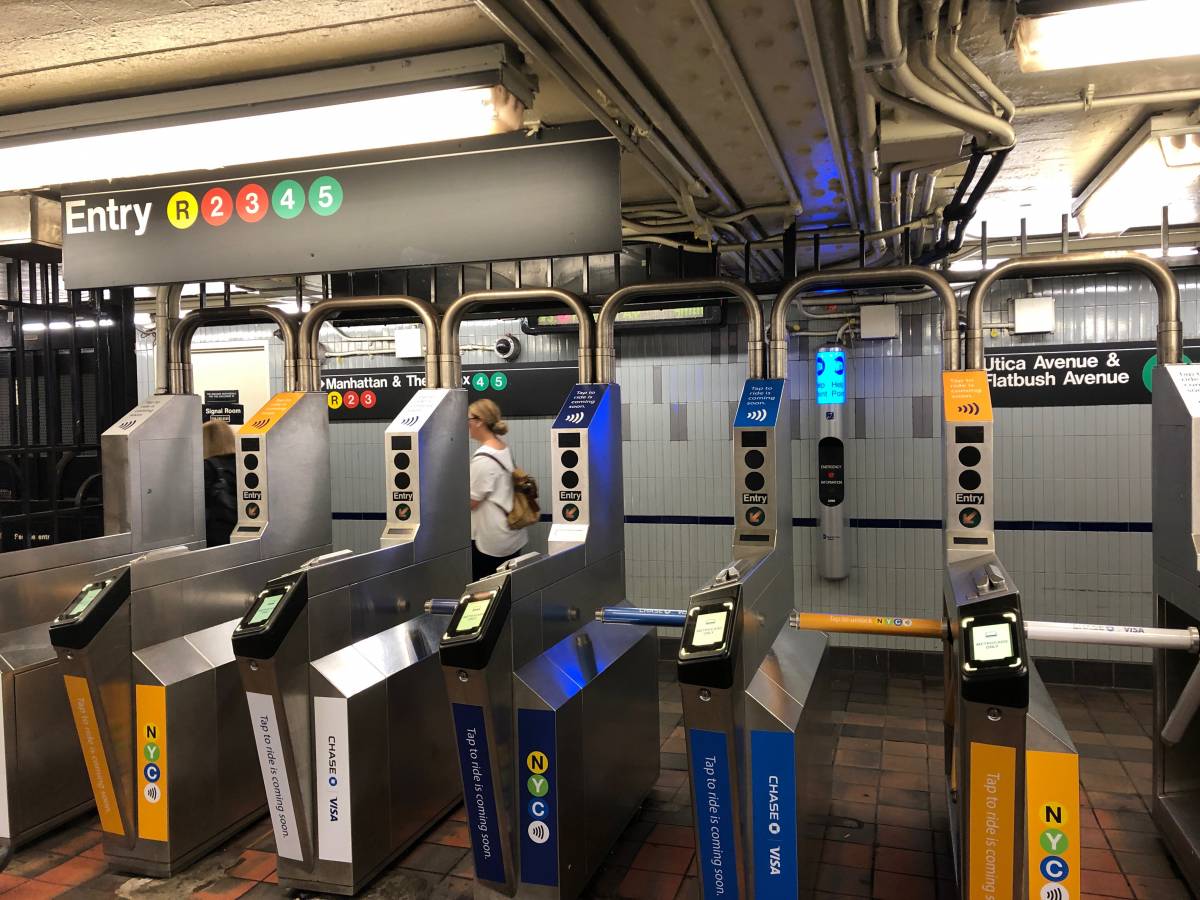 It took a while, but the world’s largest subway system is finally ditching its swipe-card system for a tap-and-go experience. Starting on May 31 at noon, 16 of New York City’s 472 subway stations—along with some of its buses—will let riders pay by tapping a credit and debit card. The new system also encourages strap-hangers to pay with their personal devices, including iPhone and Android phones, and Fitbits.

The Big Apple is hardly the first to adopt this transit technology, as other U.S. cities like Chicago and Portland beat them to it (which will annoy New Yorkers no end), but it will be the biggest deployment of the new payment system, by far. Eventually.

To start, the system is rolling out slowly, and there are a lot of important details to note. That’s why Fortune is providing this Q&A to navigate the new transit options. (But you’re on your own when it comes to navigating the New York subway and avoiding its famous rats!).

Which stations have the MTA’s new tap-to-pay system?

The Metropolitan Transit Authority (MTA) installed the new contactless fare payment system, called OMNY—short for One Metro New York—at the turnstiles of 16 stations on the 4/5/6 subway line, spanning from Grand Central Station in Manhattan to Barclay’s Center in Brooklyn. The buses on Staten Island are also part of the first phase launch.

We’re making it easier to keep you moving at a New York pace. Starting today, you can tap your contactless card or smart device with OMNY on the 4, 5, 6 lines between Grand Central-42 St and Atlantic Av-Barclays Ctr. https://t.co/6VztcQttqD pic.twitter.com/cqUbzUMTz2

When will the rest of the MTA be updated to pay with Fitbits, iPhones, and Android devices?

The 16-station launch is part of a pilot program, and it will be a while till the rest of the system gets the tap system. A person close to the project told Fortune that the MTA will be begin expanding the number of stations in December, and that the “whole system will be lit up” by October of 2020.

How do I tap my debit or credit card to pay for the subway?

You can use any credit or debit card, but there is an important catch: The card must have the tap-to-pay symbol (it looks like a WiFi logo) for it to work. According to Linda Kirkpatrick, an Executive Vice-President at Mastercard, banks and credit card companies are in the process of issuing new cards to many of their customers with the tap-to-pay feature. She says most consumers will have such a card in the coming months.

For those who don’t want to wait, one workaround is to purchase a pre-paid Mastercard or Visa (one with the tap-to-pay logo of course) from a local drug store. Also note that, for the next few months, Mastercard is offering “Fareback Fridays,” which means the company will refund you for up to trips you make on Friday if you use one of its cards.

Can I get a contactless fare card from the MTA?

Not yet, and don’t hold your breath. The MTA actually wants to persuade users to stop using dedicated transit cards, and instead rely on their own credit/debit cards and mobile devices. So while MTA tap-to-pay cards will eventually appear at kiosks (similar to the yellow swipe Metro cards used by millions of New Yorkers), this likely won’t happen for months.

How do I pay for the MTA with my iPhone, Android phone, or Fitbit?

If you have an iPhone or Android phone, your device will have a “Wallet” icon for the payment systems known as “Apple Pay” or “Google Pay.” These let you store digital versions of your debit and credit cards, and use them to pay merchants—including the MTA.

If you want to use this approach, you first have to set up Android Pay or Apple Pay, by adding the credit or debit card to your digital wallet—typically by scanning it through the app, or manually entering the relevant numbers. Setting up Fitbit Pay works a little differently, since their smart watches are not fully integrated into the phones’ operating systems.

After adding your payment card to your digital wallet, it’s easy to access. To use Apple Pay on an iPhone, simply double-click the home button, and your wallet will springboard to the the screen, with your default payment card ready to be read by the MTA’s contactless card reader. (You’ll need to use Face ID or Touch ID to unlock the iPhone before you can pay, so pull up your digital card before you hit the turn-style.) To pay with an Android phone, simply unlock the handset and place it over the reader to initiate the transaction. Paying with Fitbit Pay is similar, just hold down the button on the left side of the watch, and your digital card will appear, but you may need to enter a pin code, depending on your Fitbit app’s settings.

Will the MTA have its own payment app?

Yes, this will become available in later stages of the roll-out. According to Fortune’s MTA source, the app will not only let the rider add his payment card to refill it (like you do with a Starbucks app), but will also collect data about his or her subway rides. Users will then be able to see how often they used the app and where they have traveled. (Riders concerned about privacy may wish to avoid the app).

Can I tap-to-pay using a weekly or monthly MTA pass?

No, or at least not yet. While the MTA will introduce weekly or monthly options eventually, they are not expected to be available till at least 2021. This means that the new tap-to-pay option will be an unappealing one for the many New York commuters who buy weekly or monthly passes for a flat rate, rather than pay $2.75 for every single ride.

Is tap-to-pay replacing the MetroCard?

Eventually, but you will be fine for a while. The MTA is aware that some people lack the banking options or tech tools necessary to make the switch, and that some are just resistant to change. This means that both systems—the new tap-to-pay and the existing swipe system—will be offered until at least 2023.

Why did New York’s MTA take so long to get this technology?

According to Kirkpatrick of Mastercard, one reason is that the launch was designed to coincide with tap-to-pay becoming widely available from bank and credit card companies. Another is that New York was actually early when it came to the swipe card technology, and so it stuck with that system for a while. Other cities, meanwhile, never adopted swipe cards but instead went right from tokens to tapping.