What Happens When Your Business Relies on the Boeing 737 MAX? Just Ask Norwegian Air 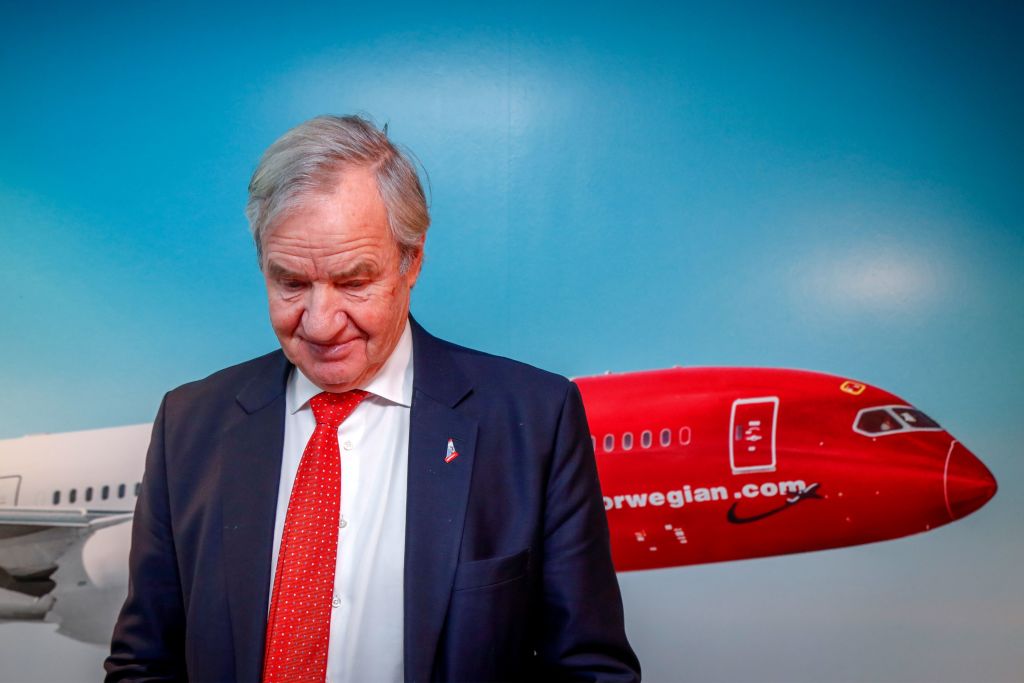 The future of low-cost flights to Europe is hanging by a Scandinavian thread.

When global regulators grounded Boeing’s 737 MAX aircraft in March in response to a second fatal crash in six months, many predicted it could be the end of Norwegian Air Shuttle, the low-cost airline that has come from nowhere to grab a big chunk of the market for transatlantic flights.

The 737 MAX accounted for over 10% of its fleet, and Norwegian desperately needed them in the air, generating cash to pay back the $7 billion in debt it has racked up in a breakneck expansion over the last decade.

But two months and a lot of frenetic financial juggling later, the airline may be flying by the seat of its pants, but it looks like it might—just —survive.

To be sure, the airline—and its investors—are hurting. The company diluted existing investors with a big sale of new shares in January (the second in seven months) that raised some $330 million in new capital. That hasn’t stopped Norwegian’s stock from falling to an eight-year low at the end of April, down over 80% from its 2015 peak. But the new stock has made a default on the airlines’ bonds in December less likely: their yield has fallen from over 15% in January to just under 8.7%.

Norwegian expects its shiny new Boeings to be idle at least through mid-August, meaning the jets will sit out almost all of the vital summer season, costing the airline up to 500 million Norwegian kroner or some $57 million.

But the grounding of the 737 Max has also had surprising upsides for Norwegian. Most importantly, it has allowed it to escape the full consequences of its past over-expansion. Two weeks ago, the airline persuaded Boeing to defer delivery of 14 new MAXes it was due to receive in 2020 and 2021. Together with another deferment agreement Norwegian struck with Airbus in April, Norwegian has now saved itself some $2.1 billion in capital expenditures that it could hardly have afforded otherwise, according to Chief Financial Officer Geir Karlsen.

Even better, the MAX’s troubles mean that Boeing’s other customers—notably those in fast-growing emerging markets—are now willing to pay more to get their hands on the Airbus 320s and 321s that Norwegian rashly ordered in years gone by. Karlsen said last September that virtually all of the 90 Airbus planes it had ordered were essentially up for sale. He told investors two weeks ago that there is “no doubt” that the value of Norwegian’s Airbus orders had risen recently due to the MAX situation.

And the company has enjoyed some luck at the expense of a few competitors: Primera Air and Iceland-based Wow Air went bust, and the Scandinavian flag carrier SAS has been disrupted by strike action—events that allowed Norwegian to pick up passengers.

Rumors of a sale

Whether that will be enough to embolden possible buyers for the airline is another question. It’s now trading at less than half of what International Consolidated Airlines Group, the parent of British Airways and Iberia, offered to pay for it last year. IAG CEO Willie Walsh walked away from a deal rather than get drawn into a bidding war, but said in March he would “never say never” about looking at the company again.

The chance of a bidding war appeared to recede on Tuesday, as Germany’s Lufthansa, which had also been a rumored buyer, chose to make a move for the airline business of U.K.-based tour operator Thomas Cook instead.

On Friday, IAG reported its first-quarter earnings, with Walsh repeating on a conference call with analysts that the company was not on his radar. “We’re not looking at it (Norwegian) and we’re not intending to do anything…I’m ruling it out, at this stage,” he said.

In the meantime, hardship has forced Norwegian to be more nimble, concentrating on its core routes and cutting more marginal ones.

Joey Dawson, an IT consultant from Virginia, had been due to fly a 737 MAX from Stewart airport near Poughkeepsie, N.Y., to Shannon on the west coast of Ireland for a spring getaway with two friends, all of them recent college grads.

The airline has now suspended that service, and another one to Cork, and will instead use a larger Boeing 737-800 to fly passengers to Dublin.

The airline can expect a hefty check for compensating passengers this summer, whether through ticket refunds or, as in Dawson’s case, paying out the cost of a train from Dublin to the original destination of Shannon.

Norwegian CEO Bjorn Kjos has vowed to pass the bill on to Boeing, having succeeded last year in extracting an undisclosed amount of compensation for flight delays from engine maker Rolls-Royce.

And while Boeing stumbles from one embarrassing disclosure to the next over the 737 MAX, Norwegian seems set to escape the public relations fallout.

“I don’t really blame the airline because it’s a tragic event,” says Dawson. “It’s inconvenient…but there’s a point when inconvenience is better than people losing their lives.”

Editor’s note: This story has been updated to correct the spelling of Primera Air.