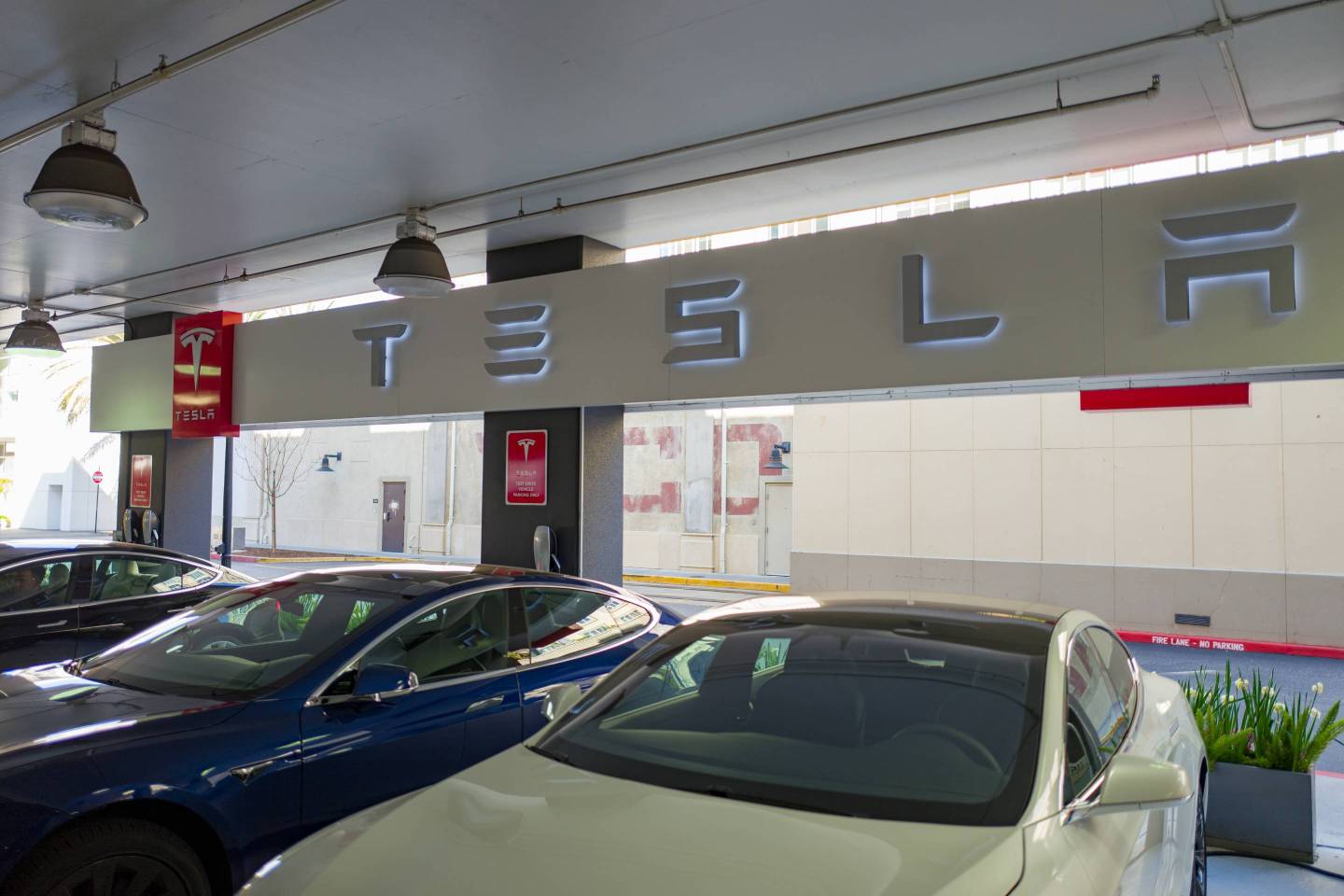 Tesla Inc. was sued over a fatal crash on a California highway allegedly caused when the Autopilot system of a 2017 Model X malfunctioned and steered the car into a concrete barrier.

The case was filed just two days after another California driver’s lawsuit blamed defects in the “driverless” steering and braking of his Model S for “nearly” killing him when his car slammed into a lane divider. Meanwhile, chief executive officer Elon Musk is increasingly talking up Tesla’s autonomous driving technology and a future robo-taxi service.

The deceased driver’s family said in the complaint that the electric car lacked safety features, such as a properly functioning automatic emergency braking system, despite being touted as “state of the art.” Such features are available on much less expensive vehicles from other carmakers, as well as on more recent Model Xs, the family said.

The family also alleges that Tesla should have known the “Model X was likely to cause injury to its occupants by leaving travel lanes and striking fixed objects when used in a reasonably foreseeable manner.” The carmaker should have issued a recall or provided a warning “in light of the risk of harm,” according to the complaint filed April 26 in California state court in San Jose.

Read more: A Timeline of the Tesla Autopilot Crash Investigation

Walter Huang, 38, died because “Tesla is beta testing its Autopilot software on live drivers,” B. Mark Fong, a lawyer for the family, said in a statement. “The Huang family wants to help prevent this tragedy from happening to other drivers using Tesla vehicles or any semi-autonomous vehicles.”

Huang crashed on the morning of March 23, 2018, while driving on U.S. Highway 101 in Mountain View, California. Huang, who worked at Apple, had just dropped his children off at school and was commuting to work on a route that he drove every day. Huang’s attorneys say that the car took him out of his lane, pointed him at a fixed concrete barrier, then accelerated.

“The fact that Autopilot malfunctioned is what killed him,” Fong said at a press conference in San Francisco Wednesday. Huang is survived by his wife, two children, and his parents.

The California Department of Transportation is also named as a defendant for failing to repair or restore a crash cushion that had been damaged in a collision a week before Huang’s crash.

Tesla declined to comment on the suit. In a company blog post last year after the crash, Tesla said the driver had about five seconds and 150 meters of unobstructed view of the highway barrier but took no action to avoid the collision, citing vehicle logs.

“Tesla Autopilot does not prevent all accidents — such a standard would be impossible — but it makes them much less likely to occur,” the company said in the post. “It unequivocally makes the world safer for the vehicle occupants, pedestrians and cyclists.”

Huang’s Tesla was traveling behind another vehicle at about 65 miles per hour eight seconds before the crash, the National Transportation Safety Board said in a June 2018 preliminary investigative report on the crash, which didn’t establish a probable cause.

A second later, the car began to steer left while still tailing the same vehicle. Four seconds before the crash it was no longer following the lead vehicle, the NTSB said. The Model X then accelerated to roughly 71 miles per hour in the final three seconds before impact. The Autopilot’s cruise control system, which is designed to match the speed of a slower vehicle ahead of it, was set at 75 mph.

No pre-crash braking or evasive steering movement was detected, according to the NTSB’s summary of performance data recorded by the car. The Tesla’s battery pack was breached during the crash, and the vehicle caught fire, the agency said.

During Wednesday’s press conference, Fong said that his team had access to the vehicle after the crash but that the data in the car is proprietary and Tesla has not shared it.

“A large amount of data is and has been in Tesla’s possession exclusively,” Fong said.