What Do You Do With $2.7 Billion Worth of Tainted Russian Oil? 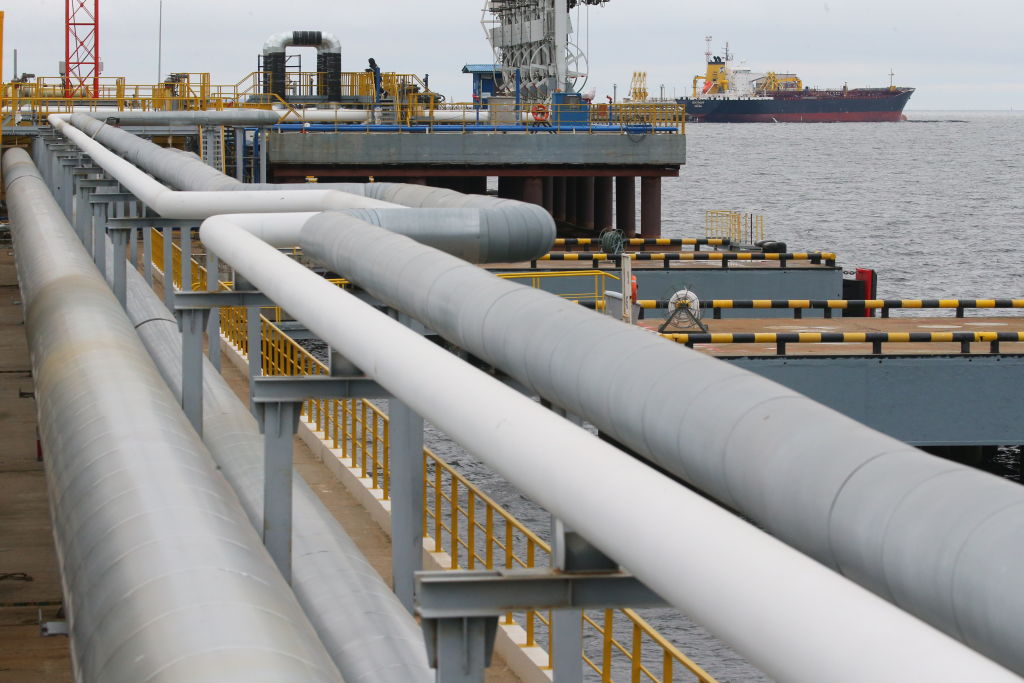 It’s a hell of a clean-up job. Start at one end of Eastern Europe, keep going for about three and a half thousand miles, and don’t miss a spot: pipelines, refineries, millions of barrels of oil.

In late April, Belarus complained that millions of barrels of Russian oil, estimated to be worth $2.7 billion and passing through the country via a pipeline system, was contaminated. Those gripes were echoed by oil refiners across Europe, spurring pipeline shutdowns, reduced refining, and prompting concerns that European countries that rely on Russian oil would have to tap into strategic reserves to fill the gap.

The fallout has unleashed a logistical and legal nightmare that extends from Eastern European pipelines to refineries in Western Europe. What’s more, it’s bound to exacerbate existing political tensions.

“It’s a huge problem whatever way you look at it: geopolitically, technically, and legally,” says Tina Soliman Hunter, director of the Centre for Energy Law at the University of Aberdeen.

Around Easter, rumors began to emerge in western oil companies that Russian oil shipments, via the Druzhba pipeline system that means ‘Friendship’ in Russian, was contaminated by high quantities of organic chlorides.

This was, by any description, a disaster. During the refining process, organic chlorides become hydrochloric acid. The affect on refineries would be roughly the same as pouring acid into your car engine: it corrodes everything in sight. It renders the oil itself nearly worthless, and risks causing untold damage to refineries, pipelines and other infrastructure.

Making the tainted oil usable again will require diluting it with huge quantities of high-quality crude, at a time when Brent oil prices have strengthened on the back of U.S. sanctions on Iran and an economic crisis in Venezuela. The process is kind of like buying a premium, ultra virgin olive oil in order to make a bad olive oil edible—but with a massive price tag.

“In the end, you’ve got some oil that’s okay,” says Soliman Hunter.

Next, you’ve got to clean the pipelines, a process called “pigging,” that uses chimney-sweep style equipment to scrub out 5,500 kilometers (about 3,4000 miles) of pipeline at a rate of about 180 meters a minute. The Druzhba system collects crude from across western Russia, taking it by pipeline to neighboring Belarus, where the pipeline splits into two major major branches: one going south through Ukraine to Hungary and the Czech Republic, and another going north to Poland and eastern Germany.

Then there’s the cleaning of the refining equipment itself, a process that takes painstaking effort and a precise blend of chemicals.

The government of Belarus said the total affected oil could add up to as much as 5 million barrels, or a month’s worth of exports, valued at about $2.7 billion at current prices, according to Reuters.

A case of sabotage?

This kind of contamination is rare, according to Soliman Hunter. But there are three ways it could typically happen: first, either during the process of extracting the oil from the reservoir—a process which usually uses chemicals that are later extracted (organic chloride is used in particular to extract oil from older or less prolific wells); second, due to a leak after the oil was extracted; or third, through sabotage.

The Russian state pipeline company Transneft argues this contamination was due to sabotage. In an interview with Russian President Vladimir Putin published on the company’s website on Tuesday, company president Nikolai Tokarev argued that the contamination had been traced to a private oil company in the Samara region of southwest Russia and said the contamination was deliberate.

However, it’s still not clear exactly where the contamination came from, or how it happened.

Meanwhile, Russia and Belarus are trading shots: Transneft said Tuesday that uncontaminated oil had already arrived in Belarus, while Belneftekhim, the country’s state oil company, says it has not—and won’t arrive in Belarus until Thursday, at the earliest.

Russia hopes the problem will quickly be fixed. But others aren’t buying it: Belneftekhim argues that undoing the damage will require “several months of hard work.” Legally, Russia will have to foot the bill, and the damage to their reputation.