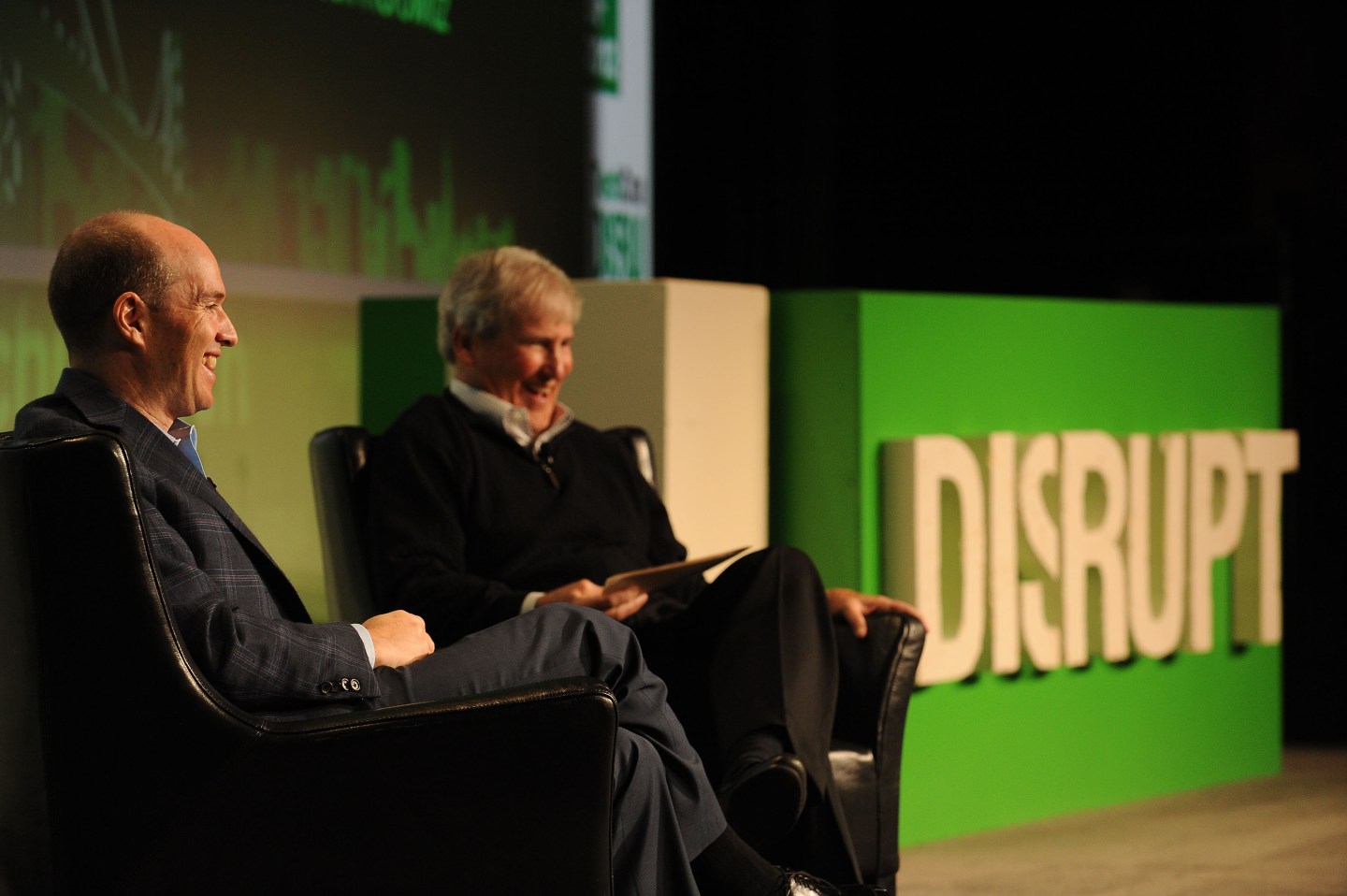 It has been three years since Silicon Valley lost one of its greats, Bill Campbell, the former Intuit CEO, Apple board member, executive coach to the great and less-great, and billionaire beer drinker. I wrote about how much he meant to me—and many, many others—immediately after his death. A few months later, we assembled some of his prominent mentees for a tribute panel at Brainstorm Tech in Aspen, Colo.

There was a book party last week in Palo Alto for Schmidt and his co-authors. Many of Campbell’s acolytes showed up to share a drink and to remember a man who understood what life and business are about.

Bill Campbell was a hugger. His hugs weren’t the one-arm “bro hug” pat-downs popular with app-economy entrepreneurs of Silicon Valley today. They were fierce, loving, full-of-life bear hugs that let you know how much he cared. His warm embrace touched the lives of too many to count. A true coach, he lived by example—reminding his many friends and admirers that life and business are serious affairs but also a helluva lot of fun. This is his legacy.

Those who knew him won’t stop missing him.

I made a mistake here on Friday by saying Uber isn’t growing. I meant to write that growth in Uber’s core business has slowed. The company grew revenues overall by 42% last year and about 20% in the just-completed first quarter.

Keep it to yourself. Perhaps there will be fewer troublesome tweets from Tesla CEO Elon Musk this year. The social media maven reached a revised settlement with the Securities and Exchange Commission on Friday extending his earlier agreement to curb his misleading tweets by adding whole new topics he won't tweet about. Tesla's financial condition and possible M&A deals are among the subjects banned from Musk Twitter.

For your own protection. After pulling numerous parental control apps from its iOS app store, Apple explained that it was not trying to quash competition to its own Screen Time program. Rather, the banned apps relied on a part of the iPhone's software known as Mobile Device Management that is meant for big companies and could lead to invasions of consumers' privacy and security.

Cheaper by the dozen. In a quarterly securities filing, Amazon for the first time disclosed its costs to provide video and music programming to customers. The line item totaled $1.7 billion in the first quarter, up from $1.5 billion a year earlier.

Save your money. The latest unicorn to go public, Slack, will follow in Spotify's footsteps and join the stock market directly, without a typical underwritten offering of new shares by Wall Street banks. Slack also disclosed revenue totaled $401 million last year, up 82%, producing a net loss of $139 million. Speaking of Spotify, the music streaming service said on Monday that its revenue rose 33% to $1.7 billion, as it reached the 100 million paid subscriber mark. Spotify shares, already up 22% this year, gained another 4% in premarket trading.

Neither completely a venture capital firm nor entirely a charitable venture, the Emerson Collective founded by Laurene Powell Jobs 15 years ago is a somewhat secretive combination of both. Bloomberg reporters Sarah McBride and Gerry Smith delve into the company's activities and prime players for a lengthy feature story, though without speaking to Powell Jobs herself. Instead, the pair interviewed some CEOs who have received backing from Emerson, including Jase Wilson, founder of Neighborly:

Wilson, who comes from a small town in Missouri, waxes poetic about Powell Jobs’s goals of helping lift people from hardship and disenfranchisement, which mesh with his own. The meeting, he says, “was a dream come true.” At his pitch, Wilson said Powell Jobs asked pointed questions about his business, which helps individual investors buy bonds to fund infrastructure projects like fiber broadband. She also suggested that his data team include long-term weather predictions from the National Oceanic and Atmospheric Administration when evaluating future projects. “She’s insanely, insanely bright,” Wilson said.

Book Review: What Happened to the Winklevii After Facebook By Rachel King

You'll have to excuse me for a little hometown rah-rah cheer today. Fellow Bostonian and Wall Street Journal sports columnist Jason Gay is highlighting the possibility that the Boston teams in the four major professional sports of baseball, basketball, football, and hockey have a chance to do something that's never been done by winning all four championships consecutively. "I told you this was horrifying," Gay writes. "Pick yourself off the floor. If you need to call a doctor, call one." We'll try not to gloat.