Underqualified for the Job You Want? Try Anyway. 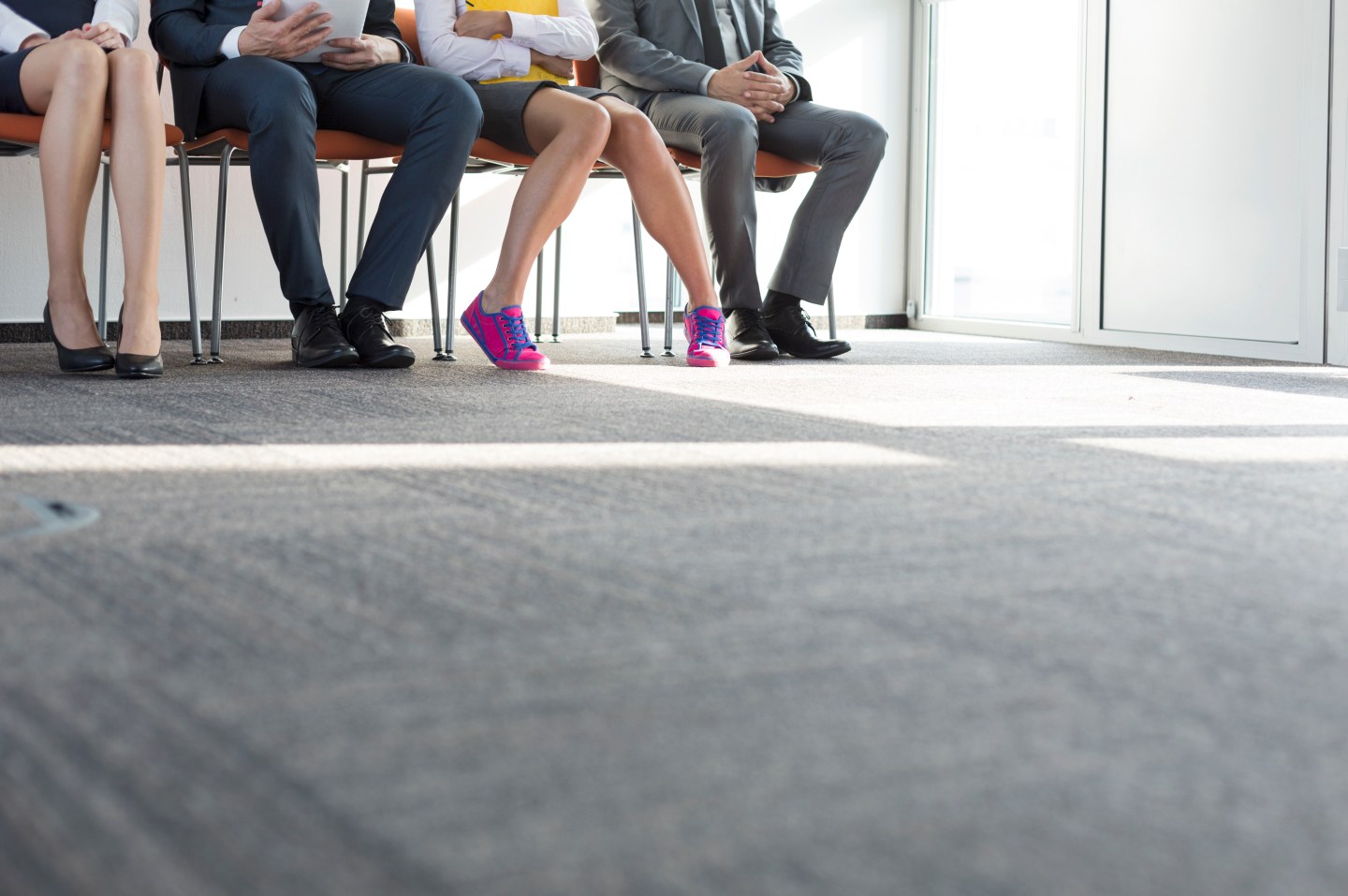 Marc Shay, a banking and finance recruiter based near San Diego, started seeing a big change a few months ago. “Companies are definitely more willing than in the past to hire less-than-ideal candidates and train them,” he says.

For some jobs, ironclad requirements still stand. Accounting firms, for instance, won’t bring on auditors unless they’re CPAs with audit experience. (Makes sense, of course. Who else would you want going over your books?) But for more and more openings, employers are open to the idea of knocking a few items off the official job description. “That’s especially true if you can show a solid track record of progress in your career so far,” Shay says.

Soft skills help, too. One of Shay’s financial-services clients was recently looking for a business-to-consumer salesperson, and had set a certain sales-volume target for applicants. The candidate who got the job fell short of the target—but “hit it off instantly with the hiring manager, and was also able to talk about intangibles like leadership experience and involvement in the community.”

That was no fluke. Bedeviled by unemployment at a 49-year low and myriad skills gaps, a whopping 84% of HR managers in 28 U.S. cities have been hiring people whose resumes they’d formerly have flung into the circular file, according to a new study by staffing and recruiting firm Robert Half. It seems job hunters are catching on. The same survey queried 2,800 employees across the country and found that 62% have been “offered a position for which they were underqualified.” Even more (78%) said they wouldn’t hesitate to apply for a job they wanted whether they met the employer’s criteria or not.

What about the ubiquitous computerized applicant tracking systems, designed to screen out CVs that lack the specific keywords in a job description? “We coach employers on separating ‘must have’s from ‘nice to have’s, and we advise them not to make the ATS aperture so tight that it screens out too many potential hires,” says Paul McDonald, Robert Half’s senior executive director.

With the unemployment rate among college graduates now at just 2%, flexibility is king. “Employers are saying to us, ‘Give us 70% of the right keywords with strong soft skills and cultural fit,'” McDonald adds. “Whether or not a candidate is missing some technical ‘must haves,’ it really takes multiple interviews, with several people in the company, to tell whether the cultural fit is right.”

To boost your chances of getting your underqualified-but-wonderful self called in for those interviews, McDonald suggests you do three things. First, forget the old rule that a resume should be no more than one page long. “Make it very detailed,” says McDonald. “Include everything you’ve ever done that’s at all related to this job.” Second, write a brief, customized cover letter that “clarifies and emphasizes exactly how your skills and experience are relevant.”

Then, in both your resume and cover letter, mention how you’ve put your soft skills to work, especially if you can point to achievements that called for teamwork and communication. “Do you belong to Toastmasters? Are you active in volunteer work in your community? If you’re a new grad, did you have an internship that connects to this job in some way?,” McDonald says. Even if your credentials and experience don’t quite match up with the specifics on an employer’s wish list, “you never know what might catch a hiring manager’s eye and make them interested in meeting you.”

Of course, there’s no way to guarantee you’ll “hit it off,” as Marc Shay puts it, with the person who eventually interviews you, since that kind of chemistry is mostly a matter of dumb luck. Still, luck favors the prepared. If you can find out beforehand whom you’ll be meeting, a little research online could reveal that he or she went to the same college you did, or follows the same sports team, or that you both love Labradoodles. It’s tough for interviewers to gauge that all-important “cultural fit” without a glimpse of who you are, and what you’d be like to work with, so finding a patch of common ground can help. (Even if the concept of culture fit can be fraught.)

But let’s say you’ve applied for a job where you met almost all the formal requirements, but never even got to the interview stage. Don’t feel bad. Even in the cities where the Robert Half poll found the most hiring of underqualified candidates going on—San Diego, Austin, Charlotte, and Washington, D.C.—not all employers are willing to bend. “In this job market, we’re trying to guide our clients to shorten their ‘must have’ lists and consider some great candidates who don’t meet every single criterion,” says Kendall Hill, co-founder and principal of Job Society, a Washington, D.C staffing and recruiting firm.

So far, though, many of those clients haven’t budged. “So many companies are losing the ‘talent war’,” Hill says, “because they refuse to confront the reality that it’s no longer 2009.” Noted.