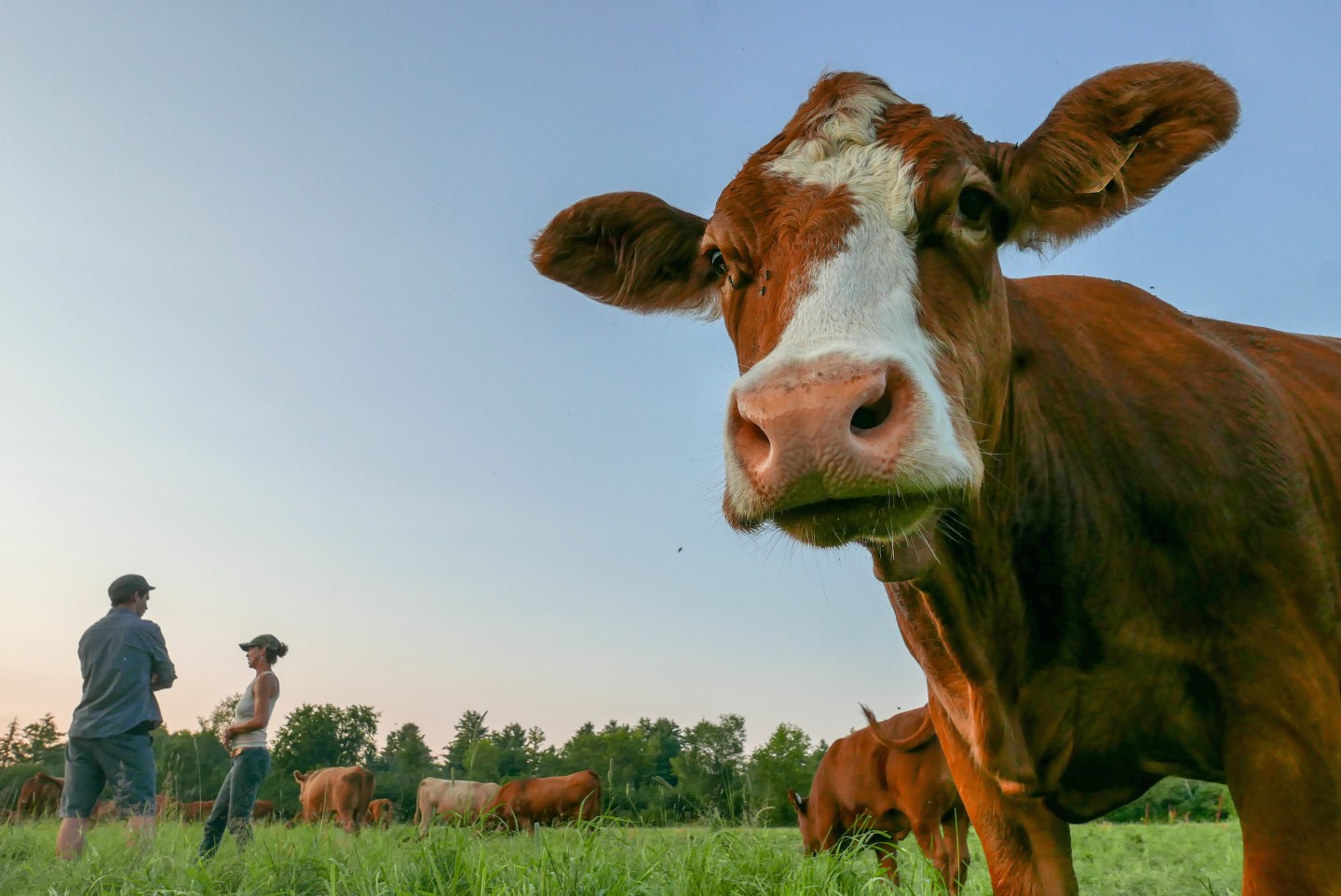 Choosing a name for a company is never easy, especially when you’re bringing a new idea to market, like the farm-to-table app Arrivage.

Its former name, Chef514, managed to fulfill the provincial language requirements of Québec, Canada, which stipulates all enterprise names be in French, while also resonating in English. Five-one-four, Montréal’s area code, is also cinq-un-quatre after all.

The new name, announced with the relaunch of the app last October, reflects the trailblazing ethos of its founder, Thibault Renouf. Arrivage translates to “arrival” in French, but the noun also carries shipment connotations. It is a key subtext for the supply-chain-shortening startup, which has farmers deliver fresh produce directly to restaurateurs. As defined by its founders, Arrivage is “the art of capturing the full potential of each and every seasonal ingredient that people and the land have to offer.”

While it sounds grand, the setup is simple. Farmers, vintners, butchers, and other producers can create a profile on the app and list their available products with descriptions and pictures. Pricing and conditions are set at their own discretion. Chefs, who pay an annual subscription fee to join, can discover new vendors, browse products and specials, direct message each other, and place orders. One might consider it akin to Tinder for chefs and producers. But Renouf doesn’t fully embrace the comparison: “What we want is to connect people in long-term relationships.”

To build the network, Renouf first approached vendors who were already delivering to Montréal. Now, with at least 70 chefs and more than 200 producers using the app, shared transport is on the table. “From the beginning we knew that would be necessary,” says Renouf, adding other improvements and expansion plans are in the works. Currently, a pilot program is testing the feasibility of delivering to grocery stores.

For now, suppliers still deliver directly to chefs. “Our bread guy comes on his bike; it’s so cool,” says Kamille Farrell, sous chef at Clairon, a contemporary Québecois restaurant in Plateau that opened last year. Farrell and head chef Maxime Descôteaux have used the app to procure everything from sea buckthorn from Ferme Les Petites Écores, to black walnuts and Gorria pepper from Au Fil du Vent. “It’s fun to just be able to browse and say, ‘Oh, what’s this? Alight, let’s try to make something out of it,’” says Descôteaux. Huitlacoche, a truffle-like fungus that grows on corn, is one such discovery he’s keen to experiment with.

Working with Arrivage inspired Simon Mathys, head chef of Manitoba, an acclaimed New Canadian restaurant in Mile Ex, to bring his team on an excursion to Trésors du Fleuve to learn how to wrangle eel in Rivière-Ouelle’s dark, cold waters. “When you see Simon Beaulieu, the fisherman, go out in cold water up to his waist at 2 a.m. because it’s low tide, you respect the product after that,” he says.

Mathys has also sponsored the native American Arikara Sunflower this summer as part of Arrivage’s second annual Seed Guardian program, which aims to revive the biodiversity of indigenous plants in the province. This year the initiative has partnered more than 50 seed patrons with farmers in order to mitigate the risk of growing a lesser-known crop. In other words, it switches supply with demand.

Renouf, a French ex-pat, and many of the chefs involved hope the project will cultivate deeper appreciation for provenance and terroir in Quebec. “We want people to discover their own terroir,” says Descôteaux. “To discover what the ground, the soil, has to offer here.” As Mathys notes, “It gives you an identity.”