Is News Making You Anxious? This App May Help 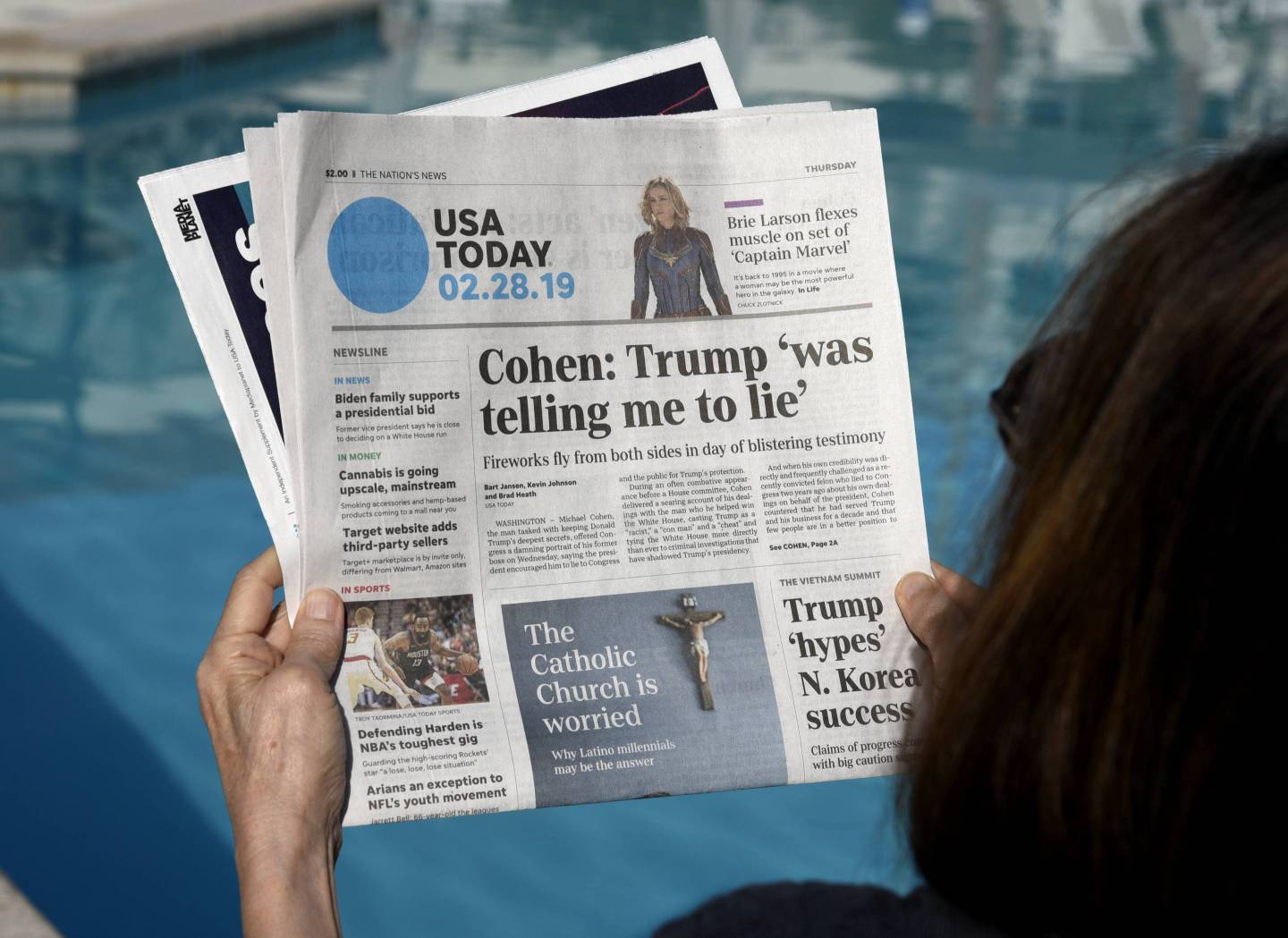 Sift is a news app that helps users inform themselves about current events with data, graphs, and links to the original source material. Here, a woman relaxing beside a hotel swimming pool in Palm Springs, California, reads a copy of USA today with a headline and front page news article on Michael Cohen's explosive testimony before Congress on February 27, 2019. Cohen, President Donald Trump's former attorney and so-called 'fixer', testified under oath before the House Oversight Committee. (Photo by Robert Alexander/Getty Images)
Robert Alexander Getty Images

The 2016 presidential election was rough for many people—partly because of how political news was presented.

“We were wrestling with not so much the candidates themselves, but the news environment we found ourselves in,” says Gabe Campodonico, former director of product and design at Evernote, a popular note-taking app. “The rhetoric and really emotionally-charged headlines were overshadowing any kind of legitimate debates at that point.”

Campodonico says that experience made him see an opportunity to get people the information they needed in a way that moved away from all the heated rhetoric and provided more substance. It was an idea that led him to debut news app Sift, which is starting a major expansion on Thursday.

The app, available for iPhones only, is intended to keep the public informed about important topics, while also reducing the anxiety and stress that being deluged with news about topics like war, politics, immigration, and gun violence.

“I think the news is literally making us sick,” says Phil Libin, the former Evernote CEO who helped fund the new app at his product studio, All Turtles. “That’s not a metaphor. People are becoming anxious and depressed and burned out because of the news and we want to do something to help that.”

A 2018 Pew survey confirms Libin’s assumption. It found that nearly 70% of Americans said they were exhausted by the news, and were feeling less enthusiasm for then-upcoming midterm elections. Of that group, just 17% said that national news organizations were doing “very well” at keeping the public informed.

The app, which costs $19.99 for a six-month ad-free subscription, doesn’t deliver traditional news directly. It instead offers a “big picture” overview of a topic rather than a headline. Readers are provided historical context for a topic, data visualizations, and access to primary sources. The goal is that readers learn about news topics in a deeper and more responsible way.

“One of the things you can do is just turn away from the news and disconnect, and we think that would be equally unhealthy,” says Campodonico. “It’s important for everyone to stay engaged and continue to pay attention to what’s going on in the world.”

Each topic is delivered by a series of individual cards, each with a small bite of information, that users can flip through on their screens. Many of those cards, which are written in-house, also provide links to where users can go deeper on the topic.

For example, users who start a lesson on U.S. immigration can swipe through 37 cards with information like its history. For instance, one card asks visitors to identify from a list the taxes they think undocumented immigrants pay and the benefits they think they’re eligible for. Another card asks visitors to link different ethnic groups with the year they were able to gain U.S. citizenship.

“Sift isn’t the way you’re going to read the news. There’s a limited amount of content that’s meant to be thoughtful” says Libin. “What it does for me is it actually makes me much more prepared to consume news the way I normally do without being as stressed and anxious about it.”

Sift says it isn’t trying to pull users from The New York Times or evening TV news. Instead, it wants to supplement the information they provide by making visitors more informed when they do consume news.

Still, it indirectly competes with traditional news for user screen time along with other sites like Wikipedia that provide information about a range of subjects. It also faces the challenge of being a newcomer and in getting consumers to fork over money in an era in which many are used to getting everything they want online for free.

Sift premiered in October 2018 with a two-month test around the topic of immigration, and how it impacts the U.S. economy and cultural identity. At the end of the experiment, Sift said that 30% fewer users said they were anxious and overwhelmed by the news, and 22% said they were more informed.

“People are really thirsting for information that gets them away from these hyperbolic and emotionally-charged environments and into something that feels calmer,” says Campodonico. “The language we use is really important. We stay away from the kind of language you would get in a news headline that’s intentionally meant to charge up emotions. We’re trying to do the opposite, and keep things at an even keel.”