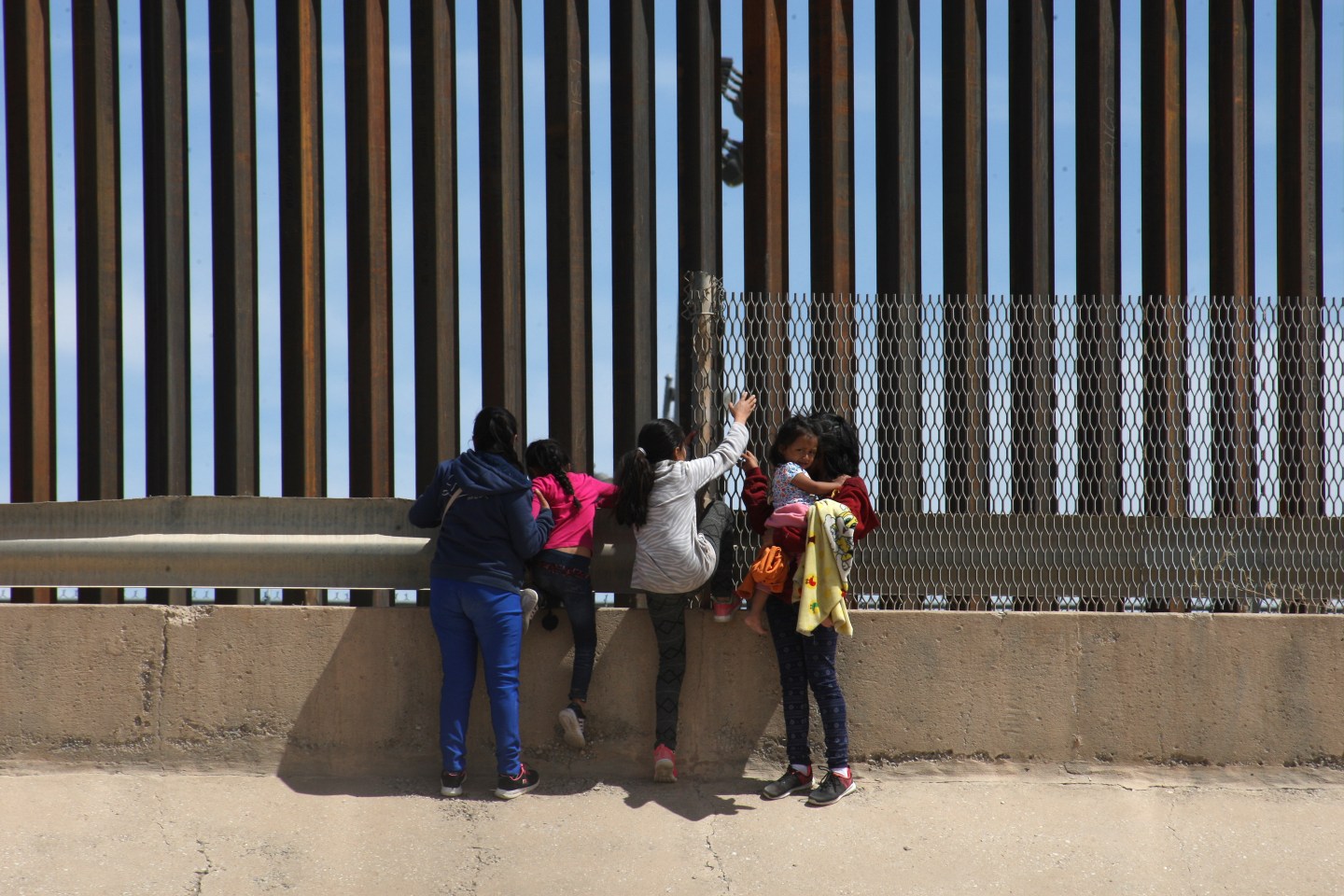 The White House has been making changes to Department of Homeland Security leadership, causing some to wonder if the administration is ramping up efforts for another aggressive crackdown on immigration.

The shakeups at DHS come as Stephen Miller, a far-right senior policy adviser to the president, is encouraging more hardline immigration policies. The Trump administration is now said to be considering filling multiple DHS vacancies with advocates who want to significantly cut down immigration numbers.

Julie Kirchner, who joined the Trump campaign as an immigration adviser in 2016, is under consideration to head U.S. Citizenship and Immigration Services (USCIS), sources told Politico.

Kirchner was named ombudsman of USCIS in May 2017 and worked at the Federation for American Immigration Reform (FAIR) for nearly 10 years, most recently as its executive director.

A number of former FAIR employees now hold positions in the Trump administration. The organization, which was founded in 1979 by the white nationalist and eugenicist John Tanton, is designated an anti-immigration hate group by the Southern Poverty Law Center. FAIR denies this classification, as it seeks to reduce, not eliminate, overall immigration.

“Reducing legal immigration levels from well over one million presently to 300,000 a year over a sustained period will allow America to manage growth, address environmental concerns, and maintain a high quality of life,” FAIR says in its mission statement.

But, according to Heidi Beirich, the director of SPLC’s Intelligence Project, FAIR is the most important group to put out anti-immigrant legislation in the U.S. based on its following and budget alone. The organization claims to have nearly 2 million supporters, with its total 2017 operating revenue reaching nearly $33 million.

Tanton, the organization’s founder, has argued FAIR should use the Immigration Act of 1924—a law that established a national origin quota system to limit migration and also completely excluded Asian immigrants—to guide its own initiatives. The legislation was supported by the Ku Klux Klan.

For Beirech, having a group like FAIR “in the white house influencing policy” is cause for concern, since it creates a link between white nationalist organizing and the White House.

“The scariest thing is that you have people indistinguishable from white nationalist leaders deciding the policy of what the makeup of the American population is going to be,” Beirich said.

If Kirchner is appointed to head USCIS, she will hold a powerful position in DHS, overseeing a number of immigration matters, including applications for U.S. citizenship, international adoptions, and various work visas, among others.

Kirchner isn’t the only former FAIR advocate to find employment in the Trump administration. John Zadrozny, who formerly worked for the organization, now holds a position in the State Department where he helps oversee refugee policies. Ian Smith, a former Trump administration policy analyst in DHS who also worked for FAIR’s legal arm, resigned last year after The Atlantic leaked emails that tied him to prominent white nationalists.

NumbersUSA, an organization that also seeks to reduce immigration, is also urging Trump to nominate former Kansas Secretary of State Kris Kobach, who has worked with FAIR’s legal team, as his next secretary of Homeland Security.

Meanwhile, some Republican lawmakers are concerned over the number of DHS positions that do not currently have someone in a permanent leadership position.

“The president has to have some stability and particularly with the number one issue that he’s made for his campaign, throughout his two and a half years of presidency,” Grassley told the Washington Post. “He’s pulling the rug out from the very people that are trying to help him accomplish his goal.”

The DHS and the White House did not respond to a request for comment for this story.