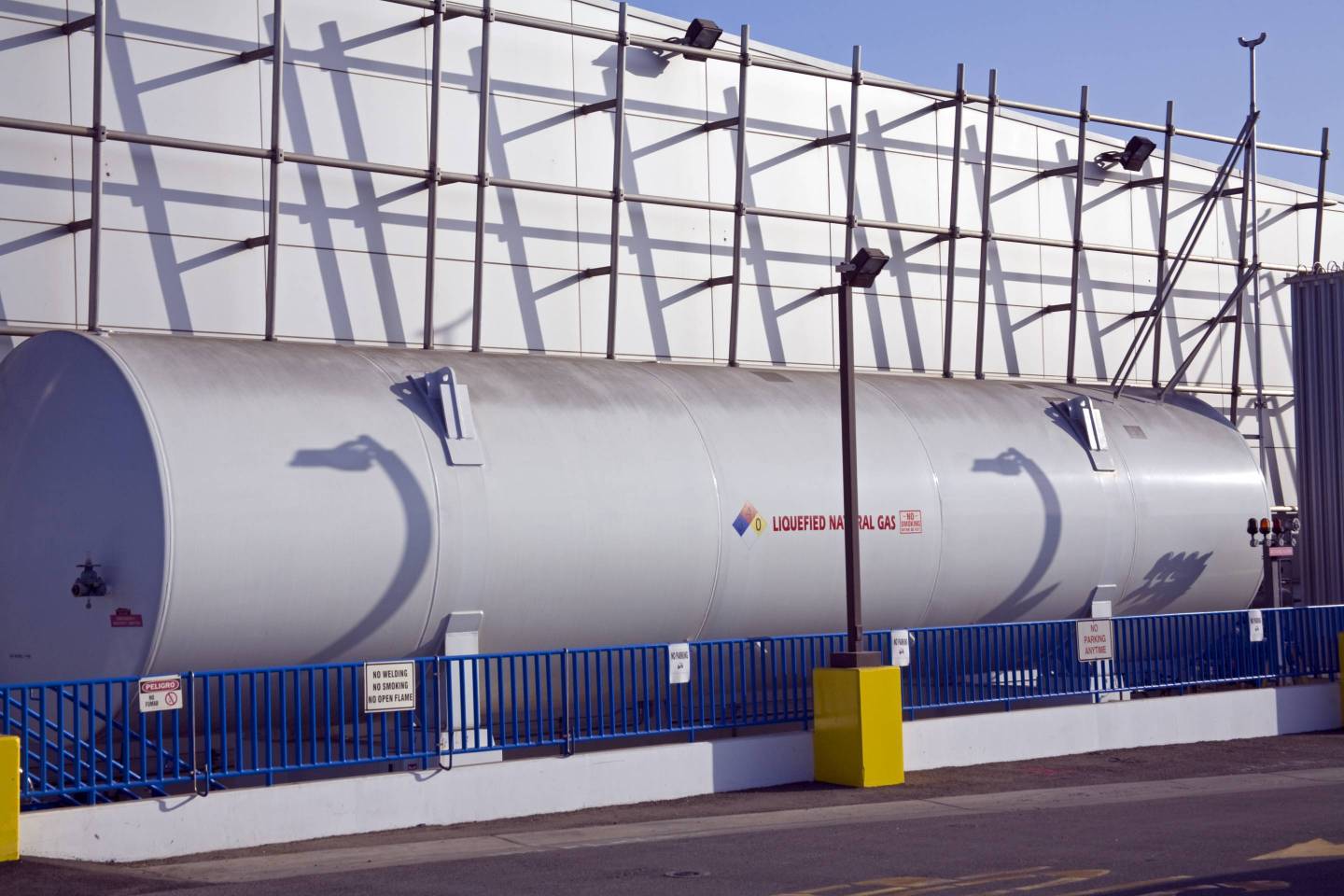 President Donald Trump wants to allow natural gas to be shipped in railroad cars, a move that would open new markets hungry for the fuel but could risk catastrophic accidents if one were to derail.

Trump on Wednesday ordered the Transportation Department to write a new rule permitting super-chilled natural gas to be shipped in specialty tank cars. The order follows a multiyear lobbying campaign by railroads and natural gas advocates, who argue it is needed to serve customers in the U.S. Northeast, where there aren’t enough pipelines, and making it possible to use the gas to power ships and trains.

“There are all sorts of new opportunities where you can use rail much more efficiently,” said Charlie Riedl, head of the Center for Liquefied Natural Gas trade group.

The effort, which could help offset falling rail shipments of coal, mirrors how the oil industry turned to trains to ship crude when there weren’t enough pipelines to meet demand. But a series of spills and other accidents — including a runaway oil train that derailed and killed more than 40 people in a small Quebec town in 2013 — have safety advocates warning against putting gas on the rails.

LNG is natural gas that has been chilled to minus 260 degrees Fahrenheit (minus 167 Celsius) in a process that removes water, carbon dioxide and other compounds, leaving mostly methane in a fluid that takes up less than 1/600th the space it previously occupied as a gas. It is already shipped across oceans around the globe, ferried across the U.S. in trucks and stashed in storage tanks to ensure natural gas is on hand when demand escalates.

LNG does not burn on its own, and it can’t ignite in its liquefied state. The risk comes if a tank car were ruptured and LNG were exposed to the air, triggering the LNG to rapidly convert back into a flammable gas and evaporate.

Fred Millar, an independent rail consultant working with citizen groups opposed to moving LNG by trains, says Trump’s policy change would pose “an unprecedented new level of risk for American cities,” and is being pursued hastily “because of enormous pressure to sell our fracked gas.”

Millar warns that LNG is especially hazardous because of its ability to easily warm to a vigorous boil, forming a flammable gas cloud that can erupt into an unquenchable fire. A 1944 explosion in Cleveland killed more than 100 people after liquefied natural gas from an East Ohio Gas Co. storage tank seeped into the city’s sewer system and ignited, leveling homes and businesses across several city blocks, he said.

However, supporters of rail transport stress that natural gas dissipates rapidly and has such a narrow ignition window it is only able to ignite when mixed with air at a ratio of about 5 to 15 percent, unlike other flammable materials carried by rail. LNG won’t dissolve in water and, if spilled, generally evaporates, leaving no residue behind.

“It’s really hard to even get it to ignite to begin with in a gaseous format, let alone in a liquid format,” the Center for Liquefied Natural Gas’s Riedl said.

The Association of American Railroads emphasizes that LNG is “similar in all relevant properties to other hazardous materials that are currently authorized to be transported by rail.” Besides crude oil, hydrogen chloride and other liquefied gases are now widely transported over American train tracks.

There have been only two accidental releases of cryogenic liquids approved for U.S. rail transport in DOT-113 tank cars in the past 16 years, the association said in a 2017 petition asking regulators to allow the LNG shipments. Railroad group representatives did not respond to emails requesting comment.

“The record reflects that railroads transport cryogenic liquids very safely,” and “rail is undeniably safer” than transporting LNG in trucks, the group said.

The policy change could expand existing gas markets and open up new ones. A prime opportunity is creating a new avenue for getting natural gas to New England, where high winter demand and limited pipeline capacity have caused prices to rise sharply and lured cargoes from Russia. The railroad association said some shippers are interested in transporting LNG by rail from the prolific Marcellus shale formation in Pennsylvania to New England, as well as on routes between the U.S. and Mexico.

Rail shipments could out-compete other sources of LNG in the region, analysts said, even factoring in added costs to liquefy natural gas and transport it in tank cars. New England imported six cargoes of LNG at an average price of $8.88 per million British Thermal Units in January, even though the same quantity of Appalachian natural gas traded at $3.25.

“That means liquefaction and transport costs of over $5 would still make it economic to liquefy U.S. gas and ship it by rail to New England,” said Anastacia Dialynas, a BNEF oil and gas analyst.

Industry leaders point to other possibilities, including serving burgeoning demand for LNG as a maritime fuel, amid looming international restrictions on high-sulfur diesel. Rail shipments of LNG could enable the creation of new fueling locations at ports in Florida and the U.S. West Coast, without requiring expensive new liquefaction infrastructure.

It could take more than a year for the Transportation Department to write new rules governing LNG in tank cars.