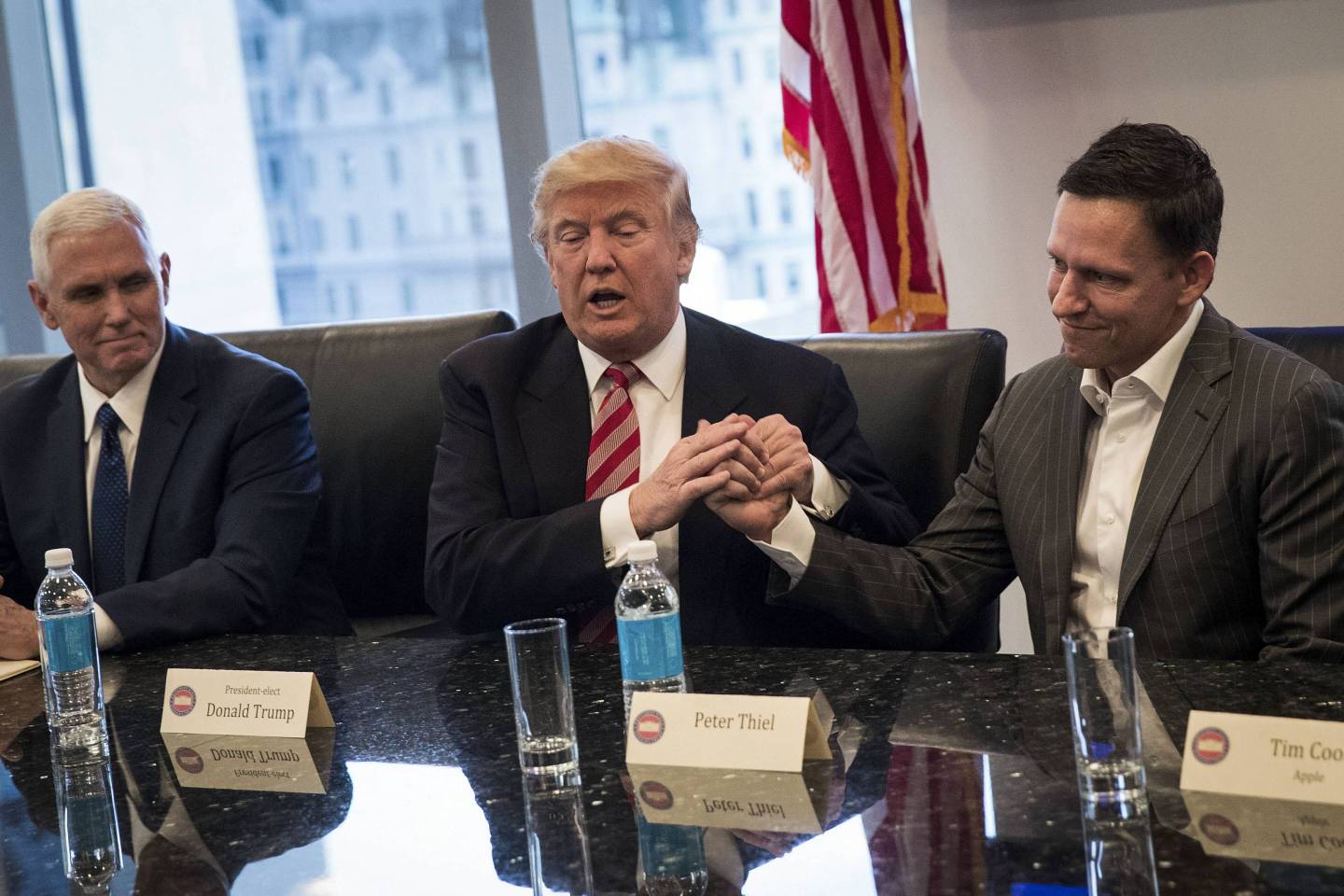 The future of wireless Internet access in America is unclear—but it will be decided soon. The debate grew more serious last month, when the Trump re-election campaign announced its support for a free-market approach to next-generation 5G networks.

There are many things to like about the idea of open access to the wireless airwaves, as promoters of the idea have argued. But there’s also a major problem: The plan could be a massive financial boon for a company selected by the Trump administration, for a perhaps unexpected reason—patents.

The Trump campaign proposal would essentially allocate a range of wireless spectrum, the radio frequencies by which mobile phones and all other wireless devices communicate, for “open access” that would allow for wholesale transactions of bandwidth. To do so, software is needed to stitch together wireless networks owned by different operators for lease; a platform to facilitate their sale is also necessary. That technology is at the heart of the business of Rivada Networks, the Peter Thiel-backed company that has been an outspoken supporter of 5G open access.

There is debate over whether open-access 5G is a good idea; indeed, my colleague Jim Baker has written about some key national security and implementation issues. But companies like Rivada don’t just have ideas. They have patents on those ideas.

Rivada has a worldwide portfolio with dozens of patents involving “dynamic spectrum arbitrage,” the technology needed for 5G open access. The company has described its patents as “sweeping” and covering the “full range” of “dynamic wireless network sharing.” Those patents give Rivada a government-backed privilege to demand payments from—or even stop—anyone using the company’s open-access technology, and to sue those who refuse.

It would be one thing if technology like Rivada’s were successful in the market and the company reaped the rewards of its patents through competition. But by lobbying the Trump administration for spectrum for 5G open access, Rivada stands to earn far more. The company would take a piece of every transaction conducted on an open-access network; further, operators on the network would use Rivada’s patents. The company would be able to extract payments from potentially every player on the network. Worse, it could choose winners and losers through strategic patent litigation.

A patent owner playing gatekeeper to 5G does not make for a competitive or innovative market, despite the superficial appearance of competition among those who must pay tribute to the gatekeeper. The Federal Trade Commission’s lawsuit against Qualcomm and recent decisions issued by the International Trade Commission attest to the inefficiencies and convolutions of technology markets dominated by monopolistic patent licensors. Those disputes involved voluntary, private standards; it is easy to imagine how a federally mandated standard could be far worse economically.

There is little reason to believe that the government could sidestep a patent morass were it to impose a national 5G standard. A 2015 paper by Tejas Narechania details the many times that patents have come into conflict with government objectives like public health or safety. Far too often, the patents win.

That a company like Rivada could play patent puppeteer over a national 5G standard illustrates a larger problem looming over the U.S. economy. Over the last few decades, patent owners have successfully lobbied Congress, the courts, and the White House to increase the power and strength of patents, making them easier to get, easier to use, and more valuable in lawsuits.

For a small inventor in a garage lab who needs all the help the law can give, powerful patent rights can be attractive. But that is not innovation today. Now, patents are complex instruments intertwined with key technologies, ubiquitous industries, and government regulations. In this new environment, a seemingly innocuous policy idea, like open access to wireless networks, could have dramatic consequences because of the threat of an anticompetitive patent.

Charles Duan is the director of technology and innovation policy at the R Street Institute, a nonprofit, nonpartisan think tank based in Washington, D.C.

Correction, April 15, 2019: The original version of this op-ed mischaracterized the way Rivada’s technology works. The language has also been updated to clarify the way the federal government chooses private-sector partners.