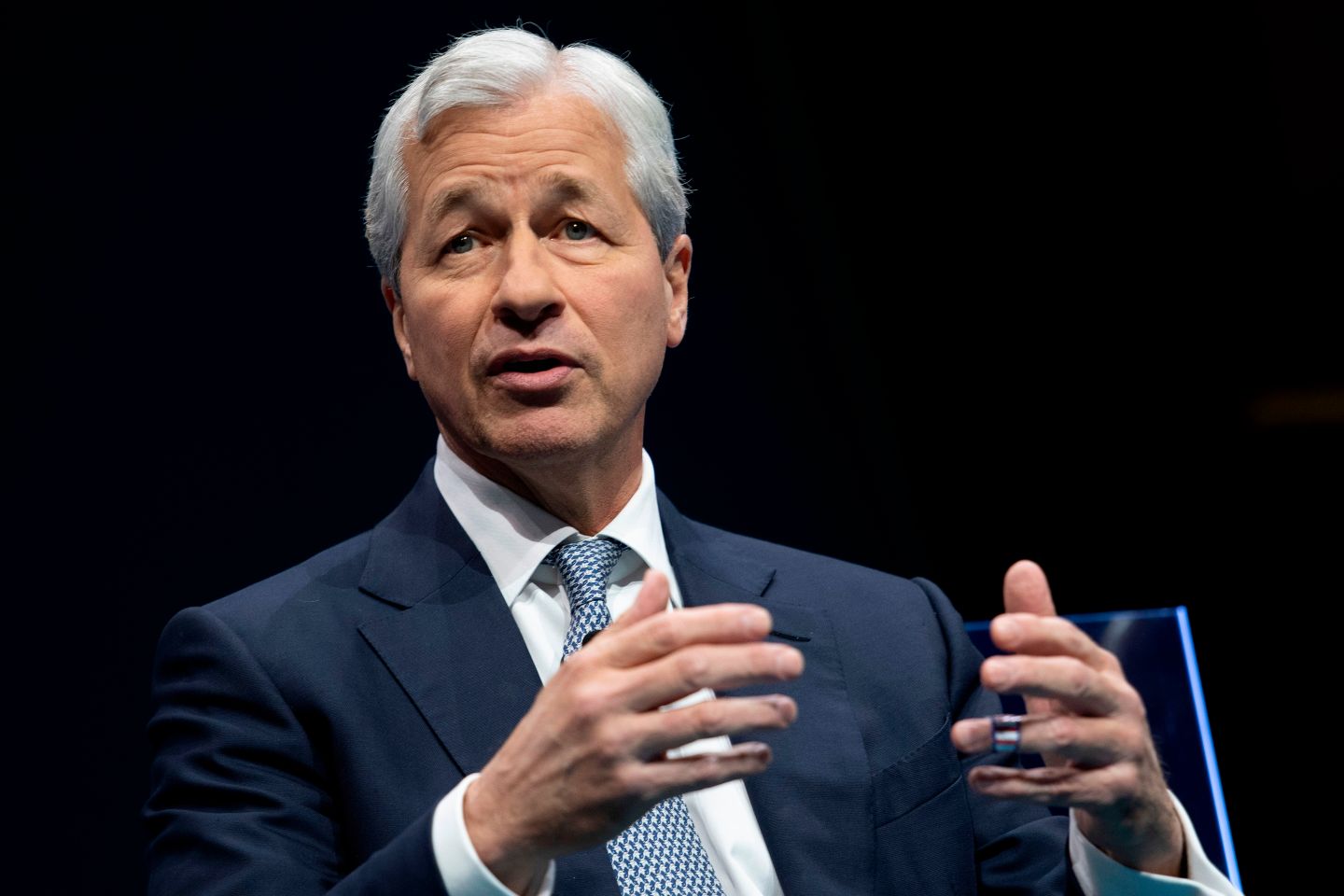 The nation’s largest bank grew a conscience last week, and millennials may be to blame.

JPMorgan Chase said last Tuesday that it would no longer finance the operations of CoreCivic (formerly the Corrections Corporation of America) and the GEO Group, effectively cutting all ties with the private prison industry. The bank’s financial relationship with private-prison operators has drawn heightened scrutiny in recent years, particularly as those facilities have been used to detain undocumented immigrants.

“JPMorgan Chase has a robust and well established process to evaluate the sectors that we serve,” the bank said in a statement. “As part of this process, we will no longer bank the private prison industry.”

JPMorgan’s decision to no longer be a party to such practices comes at a time when the Trump administration’s hardline stance on illegal immigration—and its treatment of undocumented families who have attempted to cross the southern border into the U.S.—has faced widespread ire and condemnation.

Yet the bank almost certainly didn’t come to this realization on its own. JPMorgan has been no stranger to public demonstrations criticizing its involvement in industries ranging from private prisons to fossil fuels, with protesters going as far as disrupting the company’s shareholder meetings and picketing outside CEO Jamie Dimon’s Manhattan apartment.

And, like the financial services industry at large, it’s also had a new regulatory regime to reckon with since Democrats took control of the House of Representatives last fall. None other than Rep. Alexandria Ocasio-Cortez, who sits on the House Financial Services Committee, last month called for hearings to hold “banks accountable for investing in and making money off of the detention of immigrants.”

JPMorgan’s retreat from the private prison sector reflects the extent to which environmental, social, and governance (known as “ESG”) criteria have embedded themselves in the thinking of the financial services world. Wall Street is coming to terms with the shifting values of investors and shareholders alike when it comes to topics like climate change and human rights, and it’s having an impact on the way they do business.

“It’s something that’s going to happen at a lot of banks—especially banks with a national profile that rely on widespread consumer sentiment to support their operations,” according to John Engle, president of Chicago-based merchant banking and venture capital firm Almington Capital.

According to Engle, there’s “little indication” that Dimon and the JPMorgan brass “have had a come-to-Jesus moment on the subject of private prisons,” or that they’re “taking moral lessons from [Ocasio-Cortez].” But like Wells Fargo—which in January announced that it would wind down its credit exposure to private prison companies as part of its “environmental and social risk management” policy—the bank’s decision likely stemmed from a cost-benefit analysis that showed that stepping away from “a few billion dollars worth of loans in exposure” could prove to be “an inexpensive way of shifting the ire of political critics.”

Indeed, private prisons are a relatively minuscule portion of the book for major banks, which lent less than $2 billion across three deals for CoreCivic and GEO Group in 2018, per Refinitiv data cited by Reuters, which first reported the news of JPMorgan’s private-prison retreat.

The same cannot be said for industries like fossil fuels, which many banks have shown to consider too profitable to sacrifice in favor of ESG values. While pursuing sustainability initiatives like a commitment to $200 billion in “clean financing” by 2025, JPMorgan has also been labeled “the top U.S. funder of extreme fossil fuels,” according to the Rainforest Action Network. In fact, the environmental group claims the bank—which has lent money to TransCanada, the energy company behind the controversial Keystone XL pipeline project—has recently increased its exposure to tar sands oil and coal mining projects.

As more members of the millennial generation come of “investment age,” big banks may well find its practices under greater scrutiny. Numerous players in the private equity and investment management sector have come to recognize that there’s a market for ESG-focused funds and have increased related investment offerings. Just last week—the same week in which JPMorgan announced it was exiting the private prison business—investment giant Vanguard announced the launch of its first actively managed ESG equity fund.

“Increasingly, investors want to do both well financially and good socially,” says Robert R. Johnson, a professor of finance at Creighton University’s Heider College of Business. Johnson notes that as the more environmentally- and socially-conscious millennial generation comes to represent a larger portion of the investor base, “incorporating ESG concerns into their decision-making is simply a good business decision” for corporations and financial institutions.

That’s not a reach in an era when some firms have carved a niche for themselves as being dedicated specifically to ESG-focused investments. Michael Lent is the founding principal and CIO of one such firm, San Francisco-based Veris Wealth Partners, which he says has found the performance of its funds “comparable” to those that don’t incorporate ESG criteria.

“There’s no performance penalty for incorporating these issues into our portfolio construction,” says Lent, whose firm has $1.1 billion in assets under management across its ESG-targeted funds. “A lot of investors, for various reasons, want to have a focus around ESG factors, and they don’t want to be invested in something that they don’t agree with.” He cites nonprofit foundations, faith-based organizations and family offices among the types of investors who have shown particular appetite for ESG-focused vehicles.

San Francisco-based Newday Impact Investing, meanwhile, has specifically looked to target millennial investors via portfolios comprising companies with ESG values. “It was a decade ago when responsible investment was viewed very much as a concessionary exercise,” says Newday CEO Doug Heske. “The fact is that organizations are making responsible investment decisions that demonstrate a significantly lower cost of capital.”

Newday is also embracing ESG principles as it ventures into the personal checking and savings market—with plans to partner with a regional bank that doesn’t lend to the likes of fossil fuel companies or arms manufacturers. Heske, who declined to the name the bank that Newday is partnering with, says the millennial generation and their even younger “Generation Z” counterparts are driving the market for ESG-oriented personal finance offerings. “They’re going to be more vocal about trying to dictate where their savings and assets go,” he says.

Almington Capital’s Engle agrees. “Eventually, the millennials will be not only the biggest spenders and operators in the economy, but the parents of the next generation—which will probably be even more socially conscious,” he notes.

With that kind of demographic shift in the works, it’s unsurprising that JPMorgan took the opportunity to show where it stands on a divisive issue like private prisons. But with the bank still deeply invested in fossil fuels and other industries, it remains to be seen just how far major financial institutions are willing to go in embracing an ESG revolution.