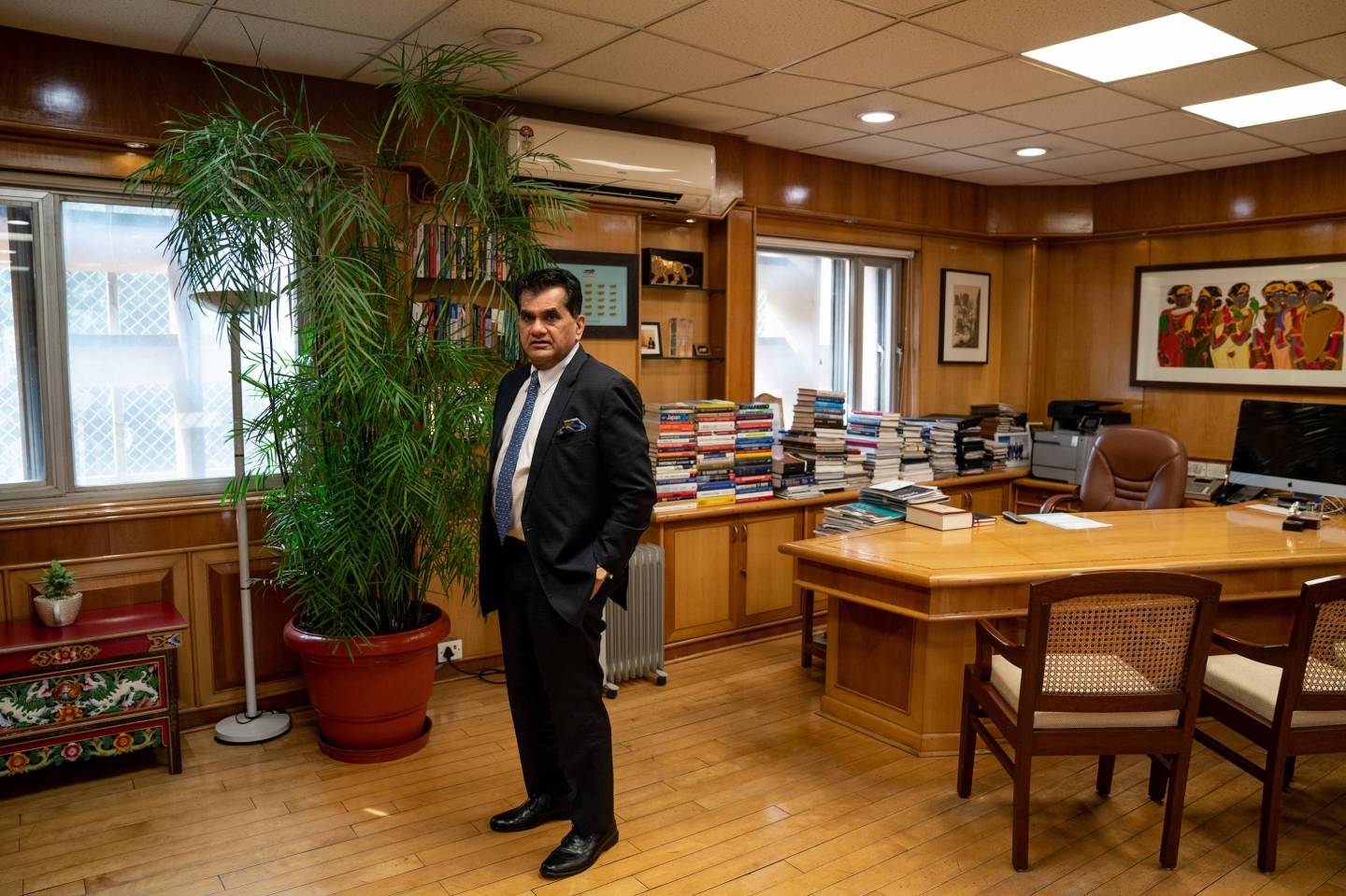 When I traveled around India in December for this month’s Fortune magazine story on Google, it was hard to miss the head-spinning digital revolution underway in India. Even in the tiniest village, thousands of people had only recently bought their first smartphones and logged on to the Internet for the first time.

The consequences are profound—not only for India, for which the Internet will bring radical transformation, but also for Big Tech. In a country of more than 1.3 billion people—three times the population of the U.S.—India offers tech giants like Google the chance for drastic expansion.

For now, the driving ambition is not making money. It is finding the next billion Internet users—and most of those will be in India. There are hurdles aplenty, including political ones. Prime Minister Narendra Modi, who faces a tough reelection battle in April, has vowed to protect India’s national tech companies from being swallowed whole by the likes of Google, Amazon, and Walmart as well as Chinese titans like Tencent and Alibaba.

In New Delhi, I sat down with Amitabh Kant, CEO of the National Institution for Transforming India, or NITI Aayog, which oversees the country’s digital policies, to ask what is at stake for India, and for U.S. tech giants like Google.

Fortune: Why is this digital transformation so important for the economy for India?

So this is why demonetization was so important. (In 2016, Modi invalidated most of the bank notes in circulation. —Ed.)

Yes, it pushed the limits of digital payments. In India we’ve pushed digitization in government. Unlike in the U.S., where all the data is owned by Google and Facebook, and unlike China, where it is owned by Alibaba and Tencent and Baidu, in India it’s owned by public entities. So you have the Aadhaar [a 12-number digital I.D. issued to each Indian citizen] biometric, which owns data. Now you have the Goods and Services Tax. It is all digital. Biometric data is only with public entities. You also have 99.6% of people in India paying taxes online.

But how many people pay taxes?

The formalization of GST will make it more formal. It’s quite substantial now. (Fewer than 10% of Indians are estimated to pay their taxes. —Ed.) And all of our new schemes are all digital. We’re providing health insurance for up to 500 million people. That is more than the population of the U.S. and Mexico put together. It is all cashless, portable, and it is all digital. You have digital data everywhere. And most of the people access these schemes in India through mobile smartphones.

Tell us how you’re using this billion-plus biometric you have created.

We want to make sure we are able to educate people digitally, that we are able to spread health digitally, and use this vast amount of data to use better data analytics, do innovation, help startups. Then we can ensure that people are able to get best education, the best health. We can track every child longitudinally, latitudinally, learning outcomes, to track the best outcomes, much like we track Uber cars. Or track the health of the individual using a lot of data. And this is possible only with a digital transformation, not a physical transformation.

The cost of bank transactions has fallen radically because of the use of smartphones. It used to take a long time. The use of biometrics has enabled the spread of identification. India used to be very inefficient. Now the government transfers money directly into bank accounts of all the beneficiaries.

Our view is that health and education will increasingly be delivered in rural areas through the digital network. Our challenge is to create a strong broadband and that is what we focused on. Spreading the fiber optic, number one. Number two, ensuring we are ensuring that everybody has a phone and particularly a smartphone. And in India, the cost of smartphones has fallen.

Why do you see this as more important than rolling out physical infrastructure, which is obviously so important in a country like India?

Because if we were to go around creating physical banks and have physical bank managers it would take India hundreds of years. If you were to create physical schools with infrastructure it would take hundreds of years. The only way to technologically leapfrog is to use digital technology. You can educate children not through books today, and not through large schools, but through mobile telephones. There is one of our backward districts, called Banka in Bihar state, where the entire education is being done on mobile telephony.

When I visited villages, we were in Andhra Pradesh. It felt like it was going to take many years for people to get connected, and to really understand what to do with a smartphone. But you are saying 15 years.

Our experience has been that those who we think are [digitally] illiterate are actually able to use mobile telephony much faster. Rural India is very digitally savvy. Because everyone in India today is using a mobile phone. About 450 million people are using smartphones. Others are using feature phones. The switch-over from feature phone to smartphone will happen very rapidly. The size and scale of India will make the costs fall.

Data localization is a very hot issue for tech companies. How important is it for India, where big tech companies like Google store data they are collecting in the country?

This is an important issue for us. I think the last word on this has not been said. The government has appointed a committee; the committee has given a report. That is being examined by Ministry of Information and Technology. My view is that critical data, for example relating to health, must be localized. India can handle it. India is a very savvy I.T. country. The data of Indians must be kept within India. That is our view.

Do foreign investors look at India as a long-term play? They put billions in now, and eventually they will make it back?

A lot of companies are investing here for the long term, not the short term. My view is that companies like Google are here for the long term they will do a lot of good in digitization. I’m sure over a period of time they’ll do extremely well in India. The Indian market is just growing and expanding. The challenge in Google is to spread in Indian languages. We have a market of about 350 million people in English, but the rest is in local languages. The challenge for all the digital companies—Facebook, Twitter, Google, everyone—is to make a massive push for local languages, particularly Hindi.

India used to be complicated. It used to be tough for investors. But over the last four years, the government has taken a series of measures to make India easy and simple for investors. A number of rules and procedures and paperwork have all been scrapped. That’s why India has jumped up 65 positions in ease of doing business, as ranked by the World Bank. India also makes its [29] states compete every year on the ease of doing business. There is huge competition.

Who’s ahead in trying to appeal to the non-English-speaking Indian market?

I think Google is ahead. Followed by Amazon, and now Walmart will come in. But Google is way ahead because it has done a lot of work with Internet Saathis, with women. (Google, in partnership with India’s Tata Trust, deploys women in villages across India in order to train other women in basic Internet skills. —Ed.) It has done a lot of work pushing the digital payment mechanism, with Google Pay. It supports a lot of our startups.

India is full of great engineers and hundreds of startups at this point. What does Silicon Valley bring to the picture?