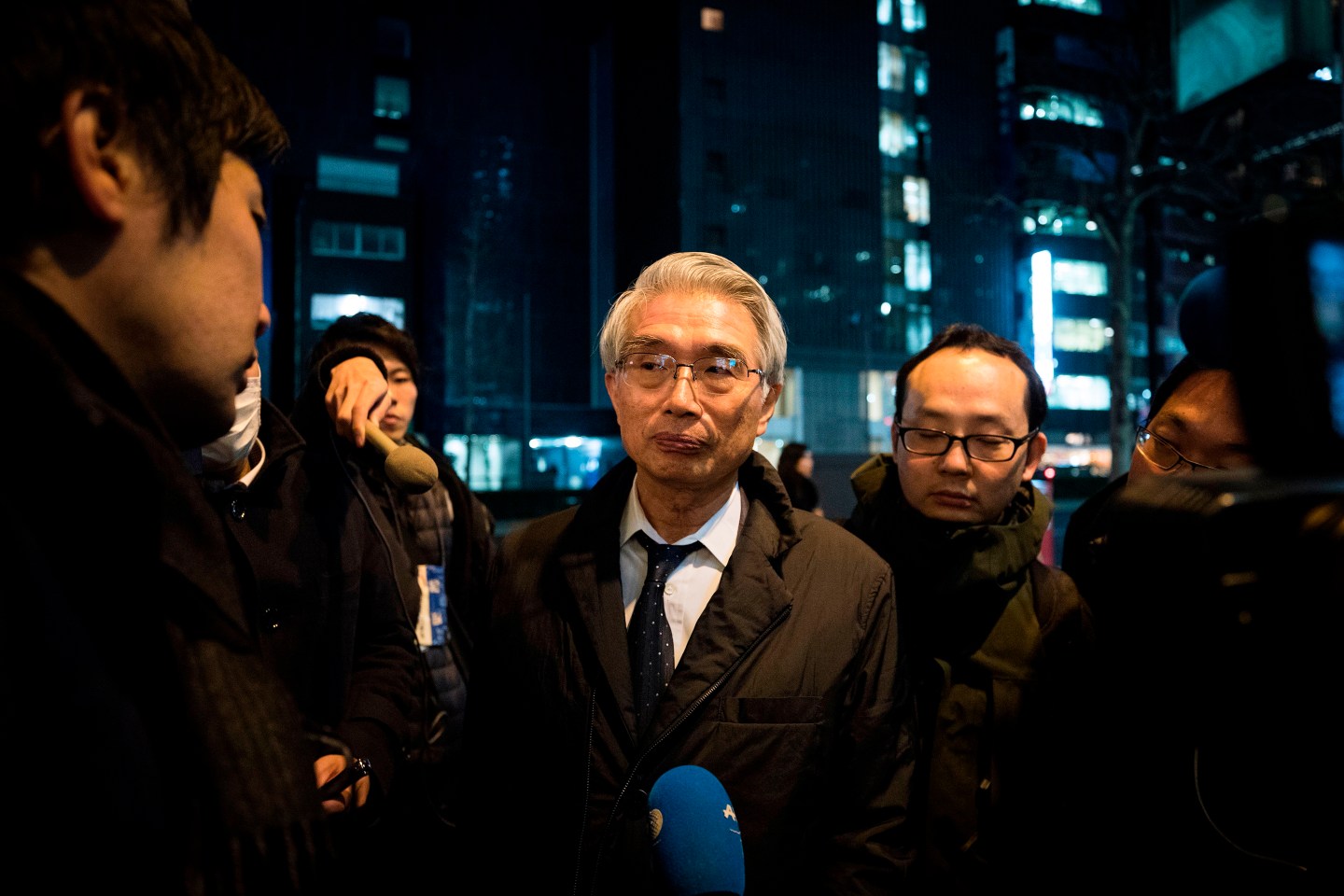 On Wednesday, within days of agreeing to defend the former Nissan Motor Co. chairman, lawyer Junichiro Hironaka said Ghosn’s Nov. 19 arrest was the result of a conspiracy inside the automaker. The comments at an unusual press conference in Tokyo by Hironaka, nicknamed “The Razor,” came hours after a human rights group urged Japan to address the “serious flaws” in its criminal justice system exposed by Ghosn’s continued detention.

“It’s bizarre to me how this became such an incident,” Hironaka, 73, said, without naming any Nissan officials. “I don’t understand why they brought something that should have been resolved inside Nissan to prosecutors.’’

A spokesman for Nissan, Nicholas Maxfield, said, “we are not in a position to comment directly or specifically on Ghosn’s legal defense.” Ghosn denies the charges. His only public appearance since being arrested came during a January court hearing.

Ghosn — accused of aggravated breach of trust and filing false statements to regulators regarding $80 million in deferred income looms — is changing tack and getting more aggressive with his defense. That’s after his previous legal team lost two requests for bail, stretching his detention into the fourth month. He faces as many as 10 years in prison if convicted.

The shock arrest of one of the world’s most famous automotive executives raised concerns about the future of the world’s biggest car alliance forged by Nissan, Renault SA, and Mitsubishi Motors Corp.

Hironaka’s comments echo those previously made by Ghosn and his family, who suggested that Ghosn’s plans to merge Nissan and French partner Renault was a reason some within Nissan wanted him out of the picture. Ghosn’s former lawyer refrained from calling the case a conspiracy when previously questioned by media.

However, Hironaka said Wednesday he hadn’t yet seen any evidence in the case. “Once we do, we will come up with how to defend.”

Confronting a Japanese legal system with a 99 percent conviction rate, Ghosn replaced a defense team led by former local prosecutor Motonari Otsuru with one overseen by Hironaka, who is known for aggressive tactics defending high-profile clients such as a former senior bureaucrat accused of corruption.

Ghosn is betting that an attorney with a history of challenging the insular Japanese legal world can make him a free man again. Hironaka successfully defended Atsuko Muraki, a former senior bureaucrat charged in 2009 with falsely certifying an organization as representing disabled people so it could use cheaper postage rates. A member of Ghosn’s new team, Hiroshi Kawatsu, was part of that defense. Muraki won 37.7 million yen in compensation from the government.

Hironaka also helped win an acquittal for longtime politician Ichiro Ozawa, who was indicted in 2011 for allegedly being involved in a campaign finance scandal. Ghosn’s former chief lawyer, Otsuru, was one of the leading prosecutors in that case.

Ghosn’s case has put Japan’s justice system under a spotlight. It has been criticized for its heavy reliance on defendants’ confessions, which are often made without a lawyer being present. Hironaka said the case raises questions about the fairness of Japan’s legal system, repeating an earlier statement by the International Federation for Human Rights.

“The international community has finally paid attention to Japan’s flawed criminal justice system,” said Maiko Tagusari, secretary-general of the Center for Prisoners’ Rights, a member of that federation.

While Ghosn’s arrest put added strain on the already tense relationship between Nissan and Renault, the two carmakers have in recent weeks taken steps to restore trust.

Jean-Dominique Senard, who replaced Ghosn as Renault’s chairman, was in Japan last week to meet with Nissan Chief Executive Officer Hiroto Saikawa and other board members and executives. Senard and Saikawa discussed the alliance’s operations and Nissan’s current initiatives, among other topics.

Nissan this month took a 9.2 billion yen ($83 million) charge over Ghosn’s deferred compensation for the eight years ending in 2017. In doing so, the carmaker is trying to end any debate over whether Ghosn hid millions of dollars in income deferred until his retirement from his fellow executives and board members.