Amir Husain Is Building the Future of A.I. 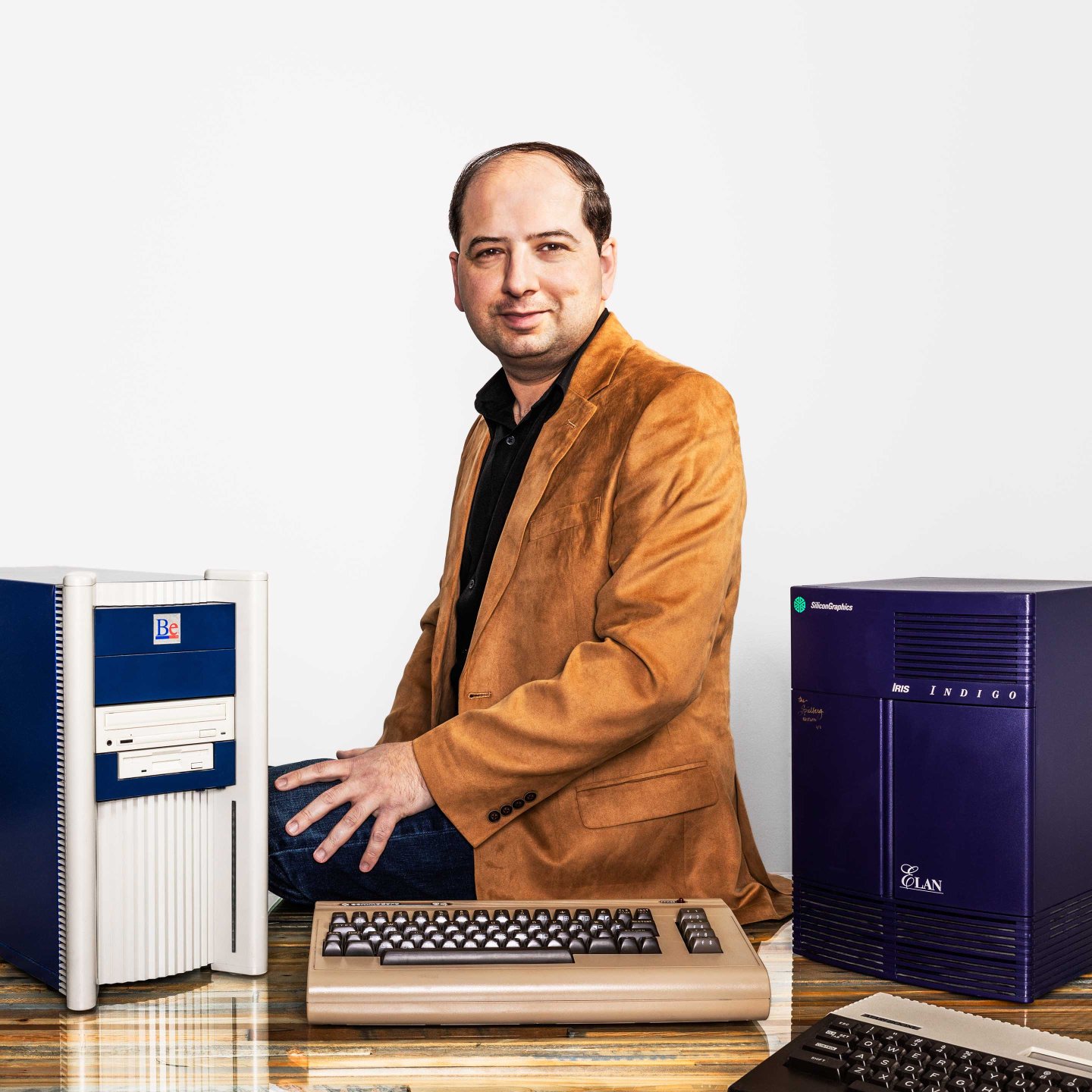 Amir Husain’s Austin-based SparkCognition is working on the future of A.I., covering everything from the battlefield to power plants. A boy from Pakistan who fell in love with computers at age 4, Husain is now a founding member of the board of advisers for IBM Watson and a prolific inventor, with 27 U.S. patents awarded and many more pending.

I grew up in Lahore, Pakistan, where my father was a businessman and an investor, and my mother was an educator. When I was 4 years old, I had my first -experience with a computer: a Commodore 64. It blew my mind that you could control what showed up on the screen. Afterward, I went to my room, grabbed some toys, disassembled them, added cardboard, and made a contraption that I called a computer. My mom knew then that I was hooked.

By the time I was in eighth grade, I was bored at school. I convinced the principal and my father that I was ready to move on. So I left school and wrote software, making a few hundred dollars selling it locally.

I started college at age 15 and got my first bachelor’s degree in computer science from the Punjab Institute of Computer Science in Lahore at 17. I’d been looking at laboratories all over the world, and there was one in Austin called Distributed Multimedia Computing Laboratory [DMCL] that was working on next–generation technologies for the web. That’s where I wanted to work.

So in 1996, I flew to Austin with two suitcases. No one knew who I was. For me, it was about getting to that lab, but everyone said I was too young. So I got a second bachelor’s in computer science at the University of Texas at Austin and talked my way into a job at DMCL at the same time.

Within the first week, I got mugged. I was doing laundry at my apartment and had $200 in my wallet, intending to purchase textbooks, when a guy ran off with the money. I ran into a store, changed a $20 bill into quarters, and called my mom from a pay phone. Before I could tell her anything, the thought came, “What can she do? Suck it up, smile, and get through it.” I was about to cry but told her everything was fine.

In late 1999, I was working toward my Ph.D. when I dropped out to launch my first startup, Kurion. I’ve never been satisfied just coming up with an idea and writing about it. I want to take the idea, produce it, and apply it, so I became an entrepreneur. I spent my meager credit card limits on purchasing computer parts to build two servers and install high-speed DSL. I ran the company out of my apartment. Kurion was purchased in 2001 by iSyndicate, the largest digital content syndication company back then.

It became a very trying time after 9/11. The world flipped on its head. Just being an immigrant meant facing a lot of mistrust. There were many legislative changes and travel requirements that created a process of clearances to come to and go out of the United States. I faced a lot of discrimination then. They’re very painful memories, but I believe in moving on. I work alongside many people at the Department of Defense now and don’t dwell on it.

Define what is important and what is a distraction.

I’ve experienced people stealing intellectual property and people walking away with key customers, but I didn’t go after them because I couldn’t afford it. Distractions will sink you because technology moves so fast. If you die on one hill, there may not be another hill to climb.

Fear puts a damper on creativity. If I knew back then what I know now, I would’ve made bigger bets sooner. I constantly strive to work on that.

In 2002, I married my college sweetheart, Zaib. My second company, Inframanage, a systems management company for large-scale secure computing, merged into ClearCube Technology that year.

SparkCognition became my third company. From a business standpoint, there was a lot of skepticism about artificial intelligence at first. But around 2012, I felt that things were changing with improvements in algorithms and computers. Michael Dell became my first investor through his personal MSD Capital fund. Now -Boeing, CME Ventures, Verizon Ventures, and numerous others have become investors. We have raised $72.5 million and serve some of the largest companies in the world.

SparkCognition is applying synthetic intelligence to the most critical, large-scale applications. For example, we are working with Boeing to build the aerospace operating system of the future that will enable flying cars and beyond. We’re working with Mitsubishi Hitachi Power Systems to build the world’s first autonomous power plant.

We’re working with the U.S. military on how A.I. can be used to save lives on the battlefield. In applying A.I. to military systems, one has to think deeply about ethics and legality while enabling superior capability; it’s a tough challenge. We’re working with the largest players to make the potential of A.I. real.

A startup is one of the most difficult things you can voluntarily do. It tests your marriage, your relationship with your children, physical stamina, emotional intelligence, and stress levels. I rarely get a full night’s sleep, but I include my family in everything I do. I open -every idea in my mind to them, sharing why I’m doing this, why I have a serious commitment to building the future, and the responsibilities involved in that. I don’t know what work/life balance is because for me, it’s all one thing. There’s no work or life—there is only existence and putting one foot in front of the other.

A version of this article appears in the March 2019 issue of Fortune with the headline “A.I. With Heart.”