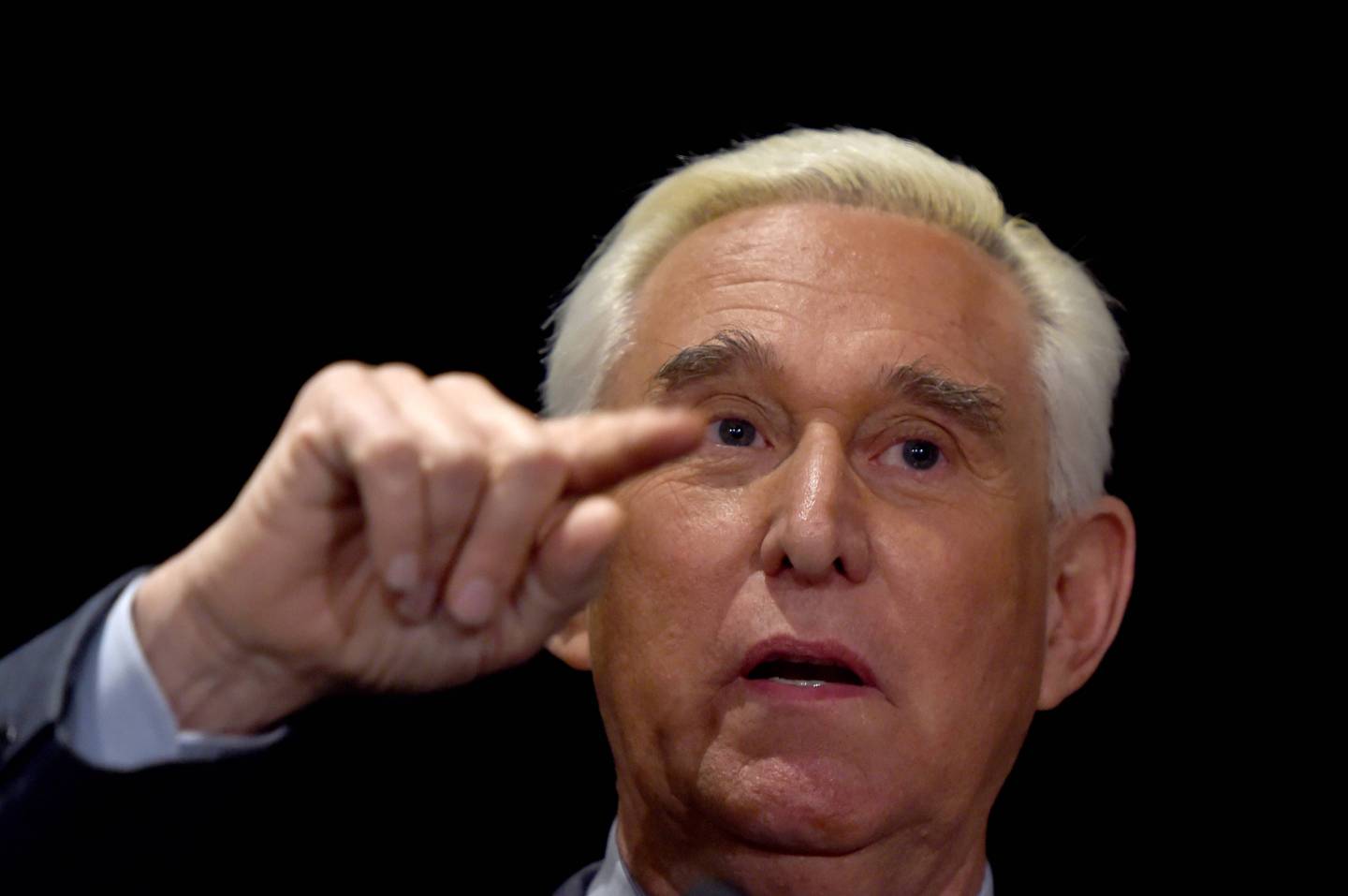 Trump ally Roger Stone is no Kim Kardashian, his lawyers claim as they fight a judge possibly issuing a gag order on him. ANDREW CABALLERO-REYNOLDS AFP/Getty Images
Andrew Caballero-Reynolds—AFP/Getty Images

Roger Stone might be a lot of things—a Nixon fanatic with the pineapple-sized back tattoo of the former president’s face to prove it, a sock hater, and an alleged attempted therapy dog-napper.

But, there’s one thing the self-proclaimed “dirty trickster” is not: Kim Kardashian. That’s what Stone’s lawyers stressed to a federal judge Friday.

While this seems like a bizarre clarification, Kardashian’s name was invoked in court documents for a reason. The Republican operative’s lawyers were making a case for why Stone shouldn’t be restricted by a gag order in the months leading his court trial, which will address special investigator Robert Mueller’s charges that Stone lied to Congress and obstructed its Russia investigation. (Stone pled not guilty to all charges.)

U.S. District Judge Amy Berman Jackson, an Obama appointee who is also overseeing the case against Paul Manafort, had stated in court Feb. 1 that she was concerned that Stone and his lawyers could taint the potential jury pool if they continued talking about the case publicly and gave them until Feb. 8 to state their opinion on a gag order.

Stone’s defense team mentioned the reality star in its eight-page memo objecting to a gag order to argue that he didn’t have the celebrity or ability to influence that Jackson suggested.

“While Roger Stone may be familiar to those who closely follow American politics, he is hardly ubiquitous in the larger landscape of popular consciousness,” his lawyers wrote. “Kim Kardashian has 59.5 million followers on Twitter…

Stone’s lawyers also filed an objected to Jackson presiding over the case considering her involvement in other Mueller indictments, Politico reports.

Although Jackson yet to respond to Stone’s objections, she did touch on the potential gag order last week.

“I recognize that the arrest and indictment were public and the defendant may have justifiably felt the need to get his story out,” Jackson said, according to Bloomberg. “But there’s no question that at this point he certainly had that opportunity.”