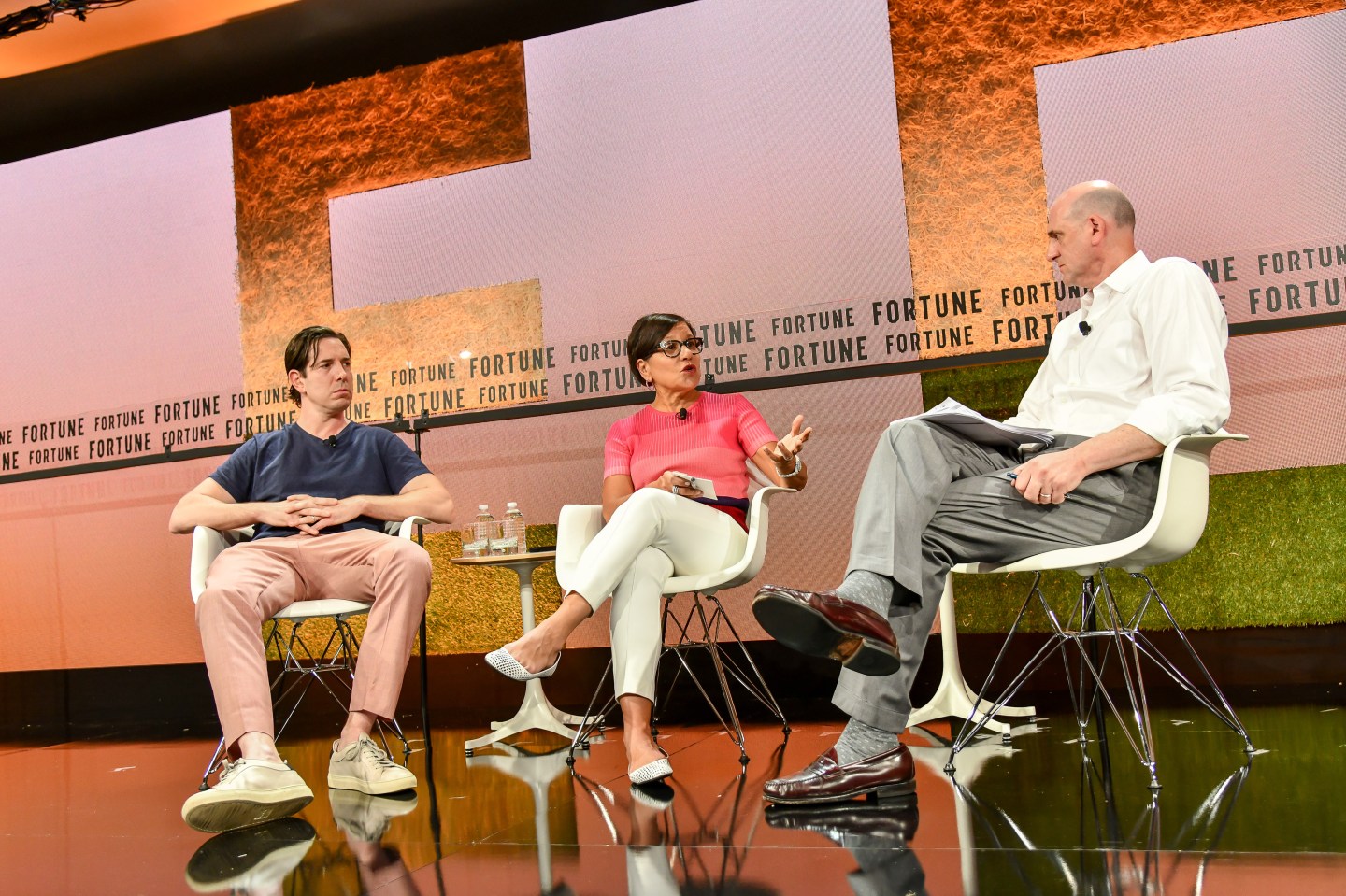 It’s remarkably cold in San Francisco this February, and my mind is turning to summertime. That’s when Fortune’s annual Brainstorm Tech conference happens in Aspen, Colo. (I’ve been to Aspen for many, many consecutive summers but never in the winter. But I digress.)

No matter the weather, my colleagues and I are working hard on this year’s event, which takes place July 15-17. One idea we’re noodling—and we’d love your suggestions—is to continue our run of success on important technology-industry cultural issues in our popular town hall session. Two years ago we addressed gender equality. Last year was the year of “tech-lash.” This year our minds, like many others, are on inequality, specifically what the tech industry has done to exacerbate it and what the sector might do to ameliorate it.

We have a great group of early commitments from top executives who’ll participate in the conference. These include Patrick Spence, CEO of Sonos (the market didn’t much like its recent earnings report or the departure of its chief financial officer); Lior Ron, founder of the controversial self-driving trucking firm Otto and current chief of Uber Freight; and Doug McMillon, CEO of an important e-commerce company called Walmart. (That was a bit of a tech-industry inside joke. Get it?)

Entertainment is always an important aspect of Brainstorm Tech because Silicon Valley and Hollywood love each other so much. (Another knee-slapper.) Jeffrey Katzenberg and Meg Whitman, the yin and yang of the new “quick bites” mobile video platform Quibi, will be at Brainstorm Tech. So will Ynon Kreiz, newish CEO of Mattel. (The market really liked its earnings report Thursday.) As it happens, Kreiz’s predecessor at Mattel, Ancestry.com’s Margo Georgiadis, returns to Brainstorm Tech to talk about her latest posting.

Brainstorm Tech is an invitation-only event, but Data Sheet readers have a connection. Email me.

Thanks to Marilyn Mower, editor-at-large of the trade-publication company Boat International Media, for sending along her outfit’s coverage of the boating angle to the 1MDB story, which I wrote about yesterday. Jho Low, the financier at the center of the scandal, bought a megayacht called Equanimity, the site of much partying cited in the book Billion Dollar Whale. Boatinternational.com reports that the seized ship is to be auctioned off next year. The asking price is high.

An offer you can’t refuse. Fun day at the office for Amazon CEO Jeff Bezos: read some memos, hold some meetings, receive a blackmail threat. Bezos details the experience—the alleged threat was from AMI, the owner of the National Enquirer, led by David Pecker—in a highly readable essay on Medium. Spoiler alert: he didn’t give in to the threat, but the National Enquirer hasn’t yet published its embarrassing photos of him.

Zapped. The bug in Apple's group FaceTime app that allowed people to eavesdrop on other iPhone users has been squashed. The fix was included in a rollout of the iOS update 12.1.4 on Thursday. And Apple is compensating bug finder Grant Thompson and making an additional gift toward the 14-year-old's education. The rollout also fixed two other previously unknown iOS security bugs, Google disclosed. In a related story, Google disclosed a since-patched security flaw in prior versions of Android that could allow hackers to compromise a phone simply by sending a malicious image file that the owner then opened. Jeff Bezos–don't click that link!

Zapped, part II. Google's on-again, off-again home broadband effort is going in reverse again. Google's Fiber unit said it was pulling out of Louisville after two years of trying and failing to wire up the Kentucky city with fiber optic cables.

We have the eats. Food delivery startup Postmates, valued at close to $2 billion, filed to go public. The size and price range of the traditional underwritten offering have yet to be determined. Autonomous car startup Aurora said it raised $530 million of private funding from backers including Amazon. That sent shares of Tesla down 3%. And rare and high-end sneaker seller GOAT Group got $100 million from common and lower-end sneaker seller Foot Locker as part of a deal to work more closely together.

Which would you rather fight. University of Illinois professor Rakesh Kumar and his team have a study out on designing a more efficient supercomputer with GPUs. Instead of adding more graphics cards, they developed a way to connect many graphics processing chips to communicate more quickly and efficiently. Or as IEEE Spectrum puts it: What’s Better Than 40 GPU-based Computers? A Computer With 40 GPUs.

I Was Right About Mark Zuckerberg (The Atlantic)
The author of the book that inspired The Social Network reflects on a decade of Mark Zuckerberg’s career.

A Suspense Novelist’s Trail of Deceptions (The New Yorker)
Dan Mallory, who writes under the name A. J. Finn, went to No. 1 with his début thriller, “The Woman in the Window.” His life contains even stranger twists.

Model Metropolis (Logic)
Behind one of the most iconic computer games of all time is a theory of how cities die—one that has proven dangerously influential.

There have already been several problems raised with facial recognition technology, particularly the poor performance of some systems on non-white and non-male faces. History writer and Aetna attorney Betsy Golden Kellem in a Washington Post essay compares the growing use of facial recognition software to a prior sort-of scientific biometric identification movement from the 19th century: phrenology. How is A.I.-driven facial recognition like measuring head sizes?  Kellem explains:

A hundred and fifty years ago, phrenology may have been a fun diversion if you went and got your head's contours read on a lark; less so if its conclusory logic was being used to throw you in prison or mark you as a social malcontent. Today, facial recognition may be pleasantly useful when it can admit you to a baseball game, but may seem far less so if a distant database thinks, on the basis of pre-programmed visual assumptions, that you are likely to be criminally violent...Whether it’s our own eyes or a computer’s that are drawing conclusions, it pays to be skeptical of what we think appearances can tell us, and to embody that skepticism in meaningful restriction on business and government use of biometric data.

These Are The Most Popular Corporate Apps By Jonathan Vanian

Once upon a time they did bad things in New York City like tear down the beautiful old Penn Station building and transform the beaux-arts Commodore Hotel next to Grand Central Terminal into the horrifically ugly Grand Hyatt New York. But some mistakes can be fixed, it seems. A new Penn Station will rise, eventually. And an investment group that includes Michael Dell said on Thursday it will tear down the Grand Hyatt to put up something nicer.