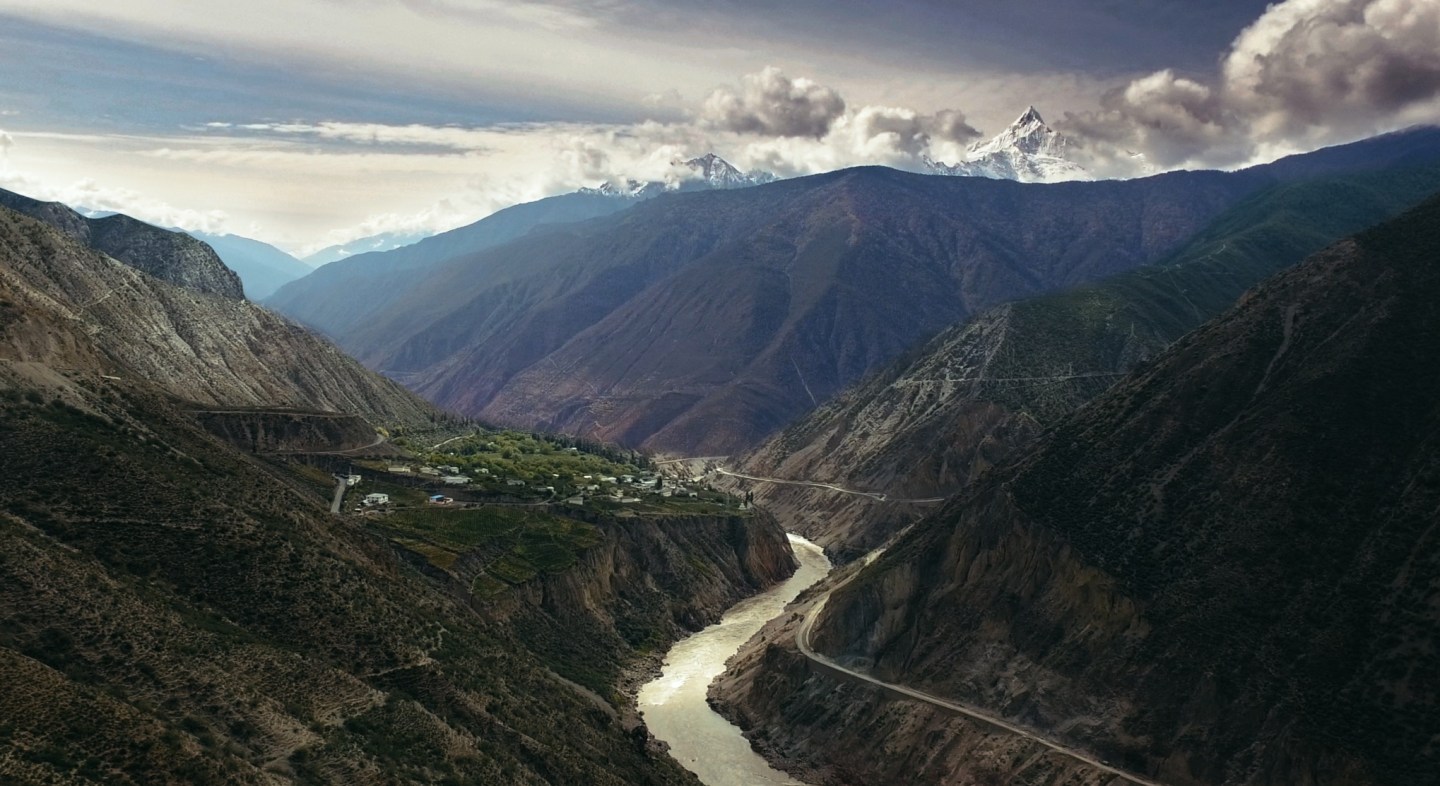 Maxence Dulou—a native of Bordeaux who has worked at vineyards in Chile, South Africa, and France’s Burgundy region—wanted to take part in the creation of a new wine. In 2012, he found himself doing so—in China.

But while China is projected to soon become the world’s second largest market for wine, behind the United States, it is not known for being a major wine producer.

So why start a brand new winemaking operation—not just one producing mass market bottles, but wines priced at $300 a pop—in an untested region for wine production? “No one did it before,” Dulou replies simply. “It’s a country that is very interesting. No company was trying to make a luxury product there, in particular, a luxury wine.”

It became a complicated journey, both financially and geographically, as Dulou described it recently during a sit-down interview at Manhattan’s NeueHouse, a private work collaboration space for creative professionals, artists, and entrepreneurs.

Enter Moët Hennessy, the wine and spirits half of the luxury goods conglomerate LVMH, headquartered in Paris. The parent company of iconic and even legendary houses such as Dom Pérignon, Ruinart, and Veuve Cliquot (founded in 1668, 1729, and 1772, respectively) had been scouting for a new wine region to pioneer following investments in expanding wine-producing regions from Argentina to Western Australia and New Zealand for the last few decades.

By 2008, China marked the next step in this direction for Moët Hennessy.

“To discover a new terroir, it is a dream for a winemaker,” Dulou says.

Ao Yun, which means “flying above the clouds,” in a nod to its home beneath the sacred Meili mountain, operates like a startup within Moët Hennessy, according to Olivier Gailly, brand manager for the prestige collection of estates and wines at Moët Hennessy.

“We’re building for the long term—for the ability to pass on that knowledge of winemaking and market perspective to the next generation,” Gailly says. “It’s tiny within the LVMH world, but it’s exciting and new.”

Getting into the wine business is a huge investment, and it takes a long time to get your money back—and the cost to make the wine is incredibly high, Dulou says. When you’re starting from actual scratch, the costs are exponentially greater. In the case of Ao Yun, Dulou estimates they’re investing at a rate of three times the cost of doing a first growth of Bordeaux in the grape’s native region.

Flying Above the Clouds

There are less than a handful of significant wine regions in China. Eventually, the winemaker found an area—a microterroir, if you will—which was not too big, not too small, with a climate just right in the Yunnan Province in southern China, not far from the Tibetan border.

Ao Yun’s vineyards span across nearly 500 acres. The area is surrounded by three large rivers, separated by mountain ranges climbing 22,000 feet. The vineyards are spread across four villages—Adong, Xidang, Sinong, and Shuori—and soils tended to and managed by more than 120 Tibetan farmers with the objective of producing a more complex wine.

Dulou stresses the key role that the Tibetan farmers play in the winemaking process and contributing to the terroir profile.

“Some [winemakers] just focus on the climate and soil,” Dulou explains. “But we like to add the people in. You can have the best climate and the best soil, but not make a good grape if you don’t have the right people taking care of it.”

And with the closest river at 4,000 feet and the villages between 6,000 and 8,000 feet in elevation, there’s also no machinery available at Ao Yun winery. There is simply no access available for it. The nearest airport is four hours away in Shangri-La City.

So this permits the winery to have soil that is less compact with roots that can go deeper. It also means there is no use of pesticides.

“We work four times harder because we do everything by hand,” Dulou says. “You mustn’t want to make money to come here. Passionate people with a lot of time can make money. But if you aim to make money, there are other ways to do it. You start from zero, and it takes time to build a brand.”

Suffice to say, the high-altitude also contributes to a unique, strong profile—but it also comes with its own challenges.

“If you don’t have sunscreen, you’ll burn quickly,” Dulou says with a laugh. On a more serious note, that also means more color in the wine, which makes the wine softer. “You feel the tannins of the wine. This is very specific to this altitude because the mountain is very steep.”

Selling directly to the likes of Michelin-starred restaurants is key to Moët Hennessy’s strategy for not only promoting Ao Yun as a luxury winemaker but educating the wine community about the emergence of the Chinese province as a world-class producer.

“We don’t want to make a wine only for China. We’re thinking long-term. It would be simple, short-term, to only sell in China,” Dulou says, noting that only 20% of the company’s production is sold in China. The rest is distributed worldwide. Nevertheless, he acknowledges that Chinese demand will help Ao Yun to build its brand in the future.

When asked where he might look for the next untapped terroir, Dulou kept his cards close, but he did hint at a few spots, naming nearby Nepal and India as potential regions ripe for deeper investment in winemaking.

Gailly says that the story of Ao Yun is already “extraordinary,” but he suggests that, regardless of the unique terroir and winemaking process at Ao Yun, there are some universal truths to wine appreciated worldwide that are the true tests of success: “At the end of the day, people want a great experience in the glass with good food and good company.”