How TV Took Over Sundance 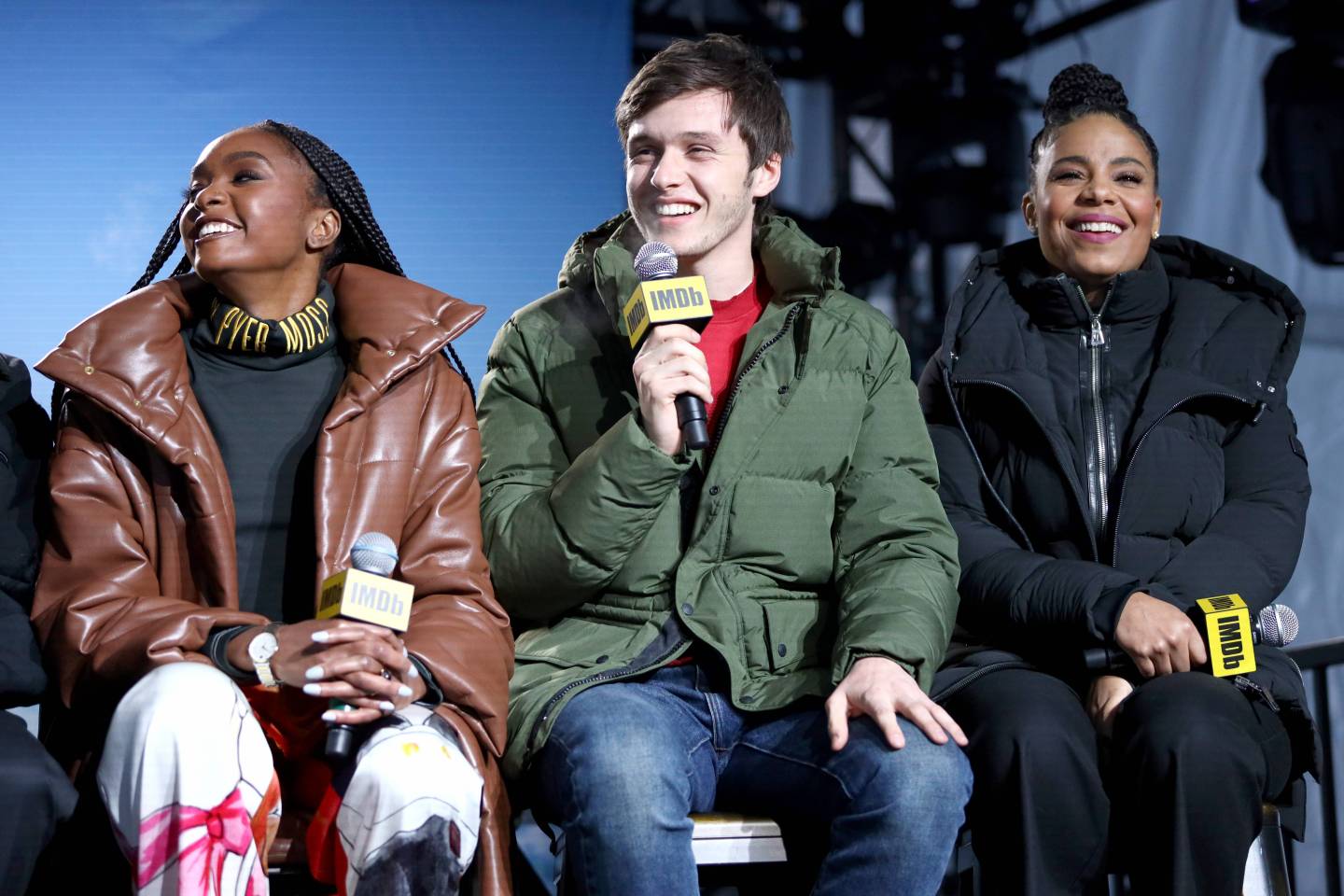 PARK CITY, Utah—A stroll along Main Street during opening weekend of this year’s Sundance Film Festival offered what seemed to be a typical slew of A-list industry happenings.

But something felt different.

And yes, there were movies, too.

In an era of too-much-TV, in which pay-cable networks and streaming companies place as much value on awards and A-list talent deals as eyeballs, small-screen entertainment is now an undeniable force at the festival. Since 2013, when 266 fans sat through seven, hour-long episodes of Jane Campion’s SundanceTV drama Top of the Lake, the 38-year-old fest has become a hotbed of cachet-boosting premiere events, a bustling marketplace for buying hot properties—like this year’s Native Son sale to HBO and the Indian-made, seven-part Delhi Crime Story to Netflix—and a compelling venue for pitch-meeting-weary TV execs to experience new talent in a more organic, artistic setting.

“The bottom has fallen out of the mid-budget independent film space, so many of our veteran filmmakers, people like Steven Soderbergh, Jane Campion, Greg Araki are all working in TV,” says the Sundance Institute’s Charlie Sextro, who reports that the festival received a record 471 submissions for episodic content this year, including for its Indie Episodic program, which was created last year to showcase fringier, edgier content.

“I’ve been attending Sundance for over 20 years, since my days as a film executive,” says Amy Israel, Showtime’s EVP of Scripted Programming. “The festival remains [for me] an essential forum for showcasing emerging talent, both in front of and behind the camera.” Israel’s competitors agree: At the 2018 festival, Starz acquired Hoop Dreams director Steve James’ Chicago-set docu-series, America to Me; FX took home the American distribution rights to the Australian drama Mr. Inbetween, which did well enough to earn a second season; and HBO Latino is currently streaming the short-form digital series High & Mighty.

“Our original vision, as conceived by Redford, was to showcase artists in ways that reflect the industry,” Sextro says. “So to us, this all feels like a natural evolution.”

It feels that way to indie-filmmakers-turned-TV-creators like Mark Duplass, who debuted at the fest in 2005 with his brother Jay with their film Puffy Chair. He says his experience as a producer on the animated series Animals, which HBO purchased after its first two episodes screened at the 2015 festival, signaled a powerful shift for him in how certain types of shows (read: niche, dark, weird) are often best pitched to TV executives in their completed form. “There was excitement about buying a series that you could see first, a privilege that TV buyers rarely have, and that fervor sparked some of the heat that ultimately created a bidding war for Animals,” says Duplass. “I love bringing that gambling spirit of indie film to TV.”

In the last decade, many of Sundance’s short-film competitors (a separate designation from “episodic”) have also seen their work go on to thrive on the small-screen after they leave Park City. In 2010, producers Jeremy Konner and Derek Waters’ Drunk History, wherein comedian Jen Kirkman gets drunk and details the friendship between Abraham Lincoln (Will Ferrell) and Frederick Douglass (Don Cheadle), nabbed a coveted festival Jury Prize and later became an 11-time Emmy-nominated series on Comedy Central.

In 2015, actor/director Frankie Shaw’s eight-minute film SMILF, about the messy sex life of a young single mom, took home the Jury Prize for U.S. Fiction; an accolade Shaw says directly facilitated selling the concept to Showtime. “We pitched SMILF as a show a few weeks after the festival; having the Sundance stamp legitimized the project,” Shaw says of her Golden Globe-nominated dramedy, which is currently airing its second season on the pay-cable network. (ABC Studios, which produces SMILF, is currently investigating Shaw following complaints including that she mishandled a nude scene. “I was learning on the go,” Shaw said on the Today Show last month.)

Outside of Amazon’s gangbusters spending on three films this year, an estimated $41 million total for comedies Late Night and Brittany Runs a Marathon, and the CIA thriller The Report, overall sales for 2019 have been mild. It’s a reality not lost on director Rashid Johnson, who wanted his raw, modern retelling of Richard Wright’s Native Son to debut at Sundance specifically because it offers the highest concentration of discerning buyers, whether TV or film. “The most important thing was finding a distributor that felt as strongly about our film as we did,” says Johnson. “After meeting with HBO, we knew we’d found a partner who shared our enthusiasm.”

On the afternoon of January 29, when many Hollywood suits had returned to sea level, Sundance’s Prospector Theater was surprisingly packed (especially for day six of the fest). Taking the stage to introduce a portion of this year’s Indie Episodic creators, Sundance programming executive Adam Montgomery offered a chuckle-worthy appraisal of why TV matters here, more than ever. “There’s been this traditional studio system for episodic content: you pitch an idea to a studio or network, they buy it and proceed to suck out every ounce of your creative control,” he said. “We wanted to show that there was a marketplace for independently-produced episodic content the same way there was for film.”

That was the hope of L.A.-based writer/actor and Sundance newbie Ali Liebegott, whose eight-minute entry Girls Weekend—about a 47-year-old queer woman visiting her conservative family, and directed by actor Kyra Sedgwick—was featured in the program. But dwelling too much on “OK, what now?” may distract from an equally impressive milestone. “It’s a dream to have been at Sundance with a project I wrote and acted in,” says Liebegott. “I still can’t believe any of this happened.”