4 Stocks That Could Soar Under New CEOs 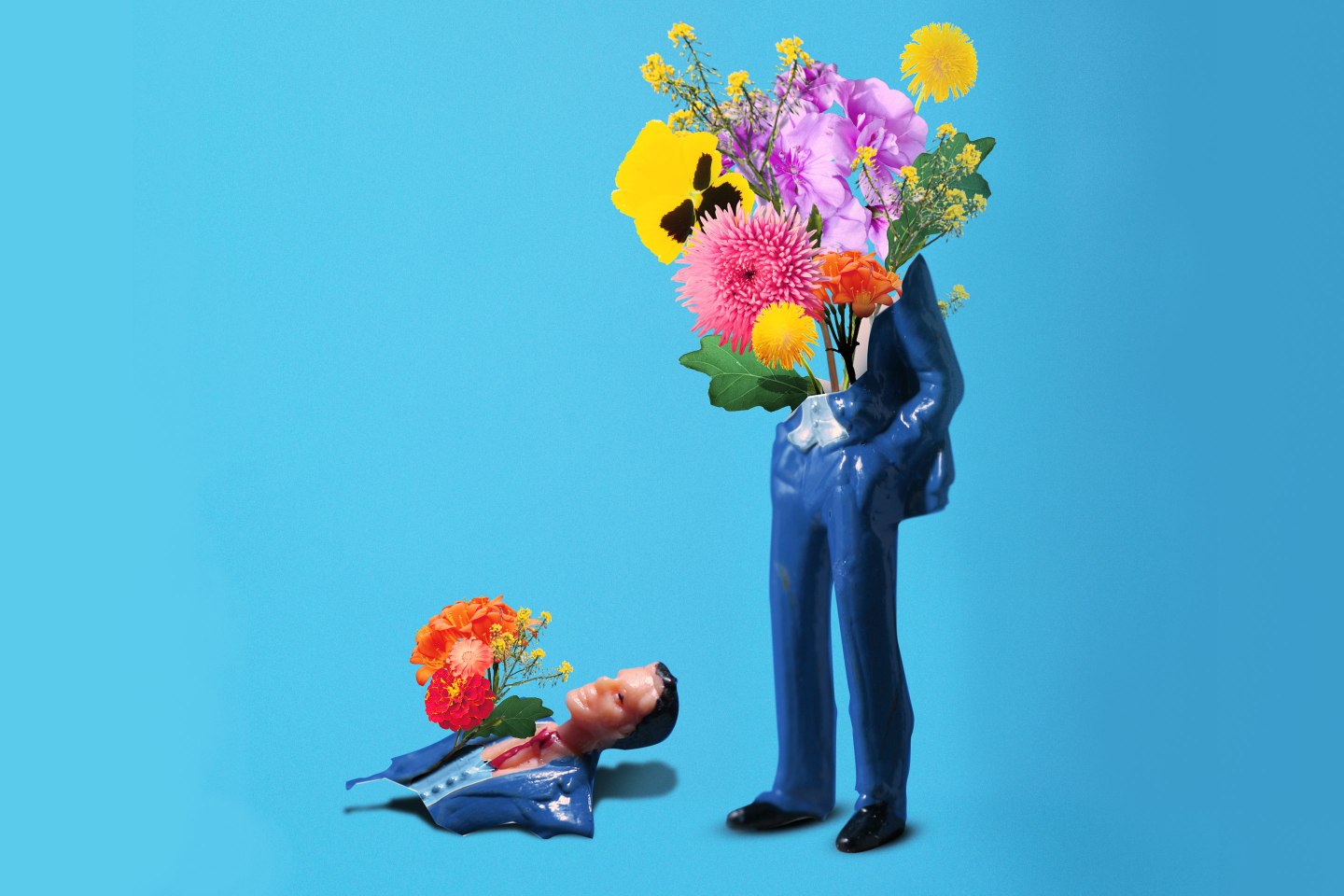 In recent years, few corner offices have had doors that revolved as fast as Mattel’s. The toymaker has replaced its CEO three times since 2015—most recently last April, when former Google executive Margo Georgiadis stepped down from the post, to be replaced by Ynon Kreiz.

The turmoil isn’t surprising: After all, Kreiz’s predecessors weren’t able to stanch the decline in Mattel’s revenues, which dropped 23% from 2014 to 2017. With brick-and-­mortar retail partners like Toys “R” Us struggling or collapsing under the Amazon onslaught, Mattel has fewer sales outlets, even as the ranks of its competitors grow. And Mattel’s stock price, to borrow a phrase from one of its vintage games, has gone Ker Plunk.

But investors can find reason for hope in Mattel’s most recent leadership change. There’s growing evidence that CEO ­departures that are driven by a wider strategic realignment often result in substantial improvements—for the business and its shareholders.

These days, investors have many more changes than usual to consider. According to outplacement firm Challenger, Gray & Christmas, 1,452 CEOs at U.S. companies with more than 10 employees left their jobs in 2018—a 25% increase from 2017 levels and the largest wave of departures since the 2008 recession. About a quarter of those leave-takings were classified as retirements, and a handful were driven by #MeToo issues and other misconduct. But the high turnover also reflects businesses coping with a changing economic environment in which recessionary trends have begun to undermine their earnings and share prices.

Amid all this disruption, there’s one category of CEO change with potential to be particularly profitable. A recently published study indicates that in situations in which the CEO and the board disagree on strategy, leading to the chief executive’s resignation or dismissal, companies are more likely to see a meaningful performance boost over the long term.

The study’s authors found 97 cases between 1995 and 2012 in which a CEO was forced to leave a position owing to a disagreement over strategy with the board. Improvement doesn’t happen overnight, explains co-author and University of Missouri finance professor Kuntara Pukthuanthong: The business problems and public disagreements surrounding the departure often depress the company’s share price for the 12 months after the turnover. Over the ensuing years, however, such businesses narrow the gap. Pukthuanthong’s team found that three years after the change, stock performance for companies in the group was back on par with their industry’s—rewarding those who took a chance on the stocks at their nadir.

One reason for the success has to do with the way companies reoriented around longer-term goals after many leadership changes. The new hires the team studied were more likely than their predecessors to get more of their compensation in the form of long-term incentives, like restricted stock options, than in short-term ones, like bonuses for hitting quarterly benchmarks. Not coincidentally, there was evidence that such companies focused more on improving themselves than on using tactics like share repurchases to lift their stock in the short term. Three years after the firms underwent leadership changes, their capital expenditures had risen by 36% on average—an unusually fast pace. The book value of their assets had risen substantially too, another sign of greater internal investment.

The past year’s bumper crop of new CEOs, of course, leaves investors with plenty of opportunities to take a flier on a business in mid-shake-up. Fortune took a look at companies in that category and identified a few whose stocks could surge if new management executes well enough on a new vision.

John Milligan stepped down at the end of 2018 as CEO of Gilead Sciences (GILD), which endured a 24% decline in its share price during his tenure. Revenue from Gilead’s hepatitis C drugs, formerly blockbusters, has plummeted as rivals have entered the scene: Cowen analyst Phil Nadeau estimates sales will fall from $9.1 billion in 2017 to just under $3 billion by 2023. Former Roche Holdings executive Daniel O’Day will become CEO in March with a mandate to make up those losses in other areas—including in cancer treatment, where Gilead’s recent purchase of Kite Pharma gives it a portfolio of immunotherapy drugs. Gilead is also capturing significant growth in its HIV segment. Its therapies, including Truvada and Genvoya, are used to treat 53% of those infected with HIV worldwide, and sales rose 12% over the past year. At today’s prices, “it’s very much a value stock,” says Nadeau.

As if operating in a declining industry like printing weren’t challenging enough, Xerox (XRX) spent much of 2017 and 2018 in a battle with activist investor Carl Icahn. As Fortune chronicled in a recent feature (“Paper Jam!” June 2018), Icahn and fellow shareholder Darwin Deason opposed CEO Jeff Jacobson’s efforts to merge Xerox with longtime partner Fujifilm Holdings. The two investors secured election of a new board, the Fuji deal fell through, and Jacobson gave way to current CEO John Visentin. Xerox is still fighting with Fuji over a $1 billion breakup fee. But the drama has obscured the fact that Xerox “generates a bunch of cash,” says JPMorgan analyst Paul Coster. Its operating cash flow adds up to an impressive 10% of revenues. That gives the company the ability to support a 5% dividend yield, as well as the flexibility to invest in innovations that could help Xerox offset the decline in printing. Visentin is scheduled to outline his strategy in February; investors will be watching to see whether it looks like the road map to a rebound.

A company further along in its revamping journey is clothing retailer Lands’ End (LE), which was spun off from Sears Holdings in 2013. Its previous CEO, Federica Mar­chionni, sought to woo a younger demographic, moving a brand known for khakis and casual wear to more fashionable designs. But her strategy neither gained traction nor won over the board. She left in 2016, and current CEO Jerome Griffith replaced her in March 2017. Griffith has gone back to the company’s roots, focusing on coats and other outerwear. Short term, the strategy has worked for the $1.4 billion company. Operating income flipped from a loss in the first three quarters of 2017 to an $11.9 million gain over the same period in 2018. If the company’s pace of sales growth—currently 6%—accelerates, Lands’ End could be a good buy, says C.L. King analyst Steven Marotta, who’s currently neutral on the stock.

And let’s not forget turnover-plagued ­Mattel (MAT). Kreiz, the latest CEO, comes from the world of television production, and he aims to follow the lead of Hasbro and other competitors by connecting with kids via the big screen. In 2020 a live-action ­Barbie film, starring Academy Award nominee Margot Robbie, will hit theaters as part of a revitalization of that iconic doll line; similar media splashes could turn around big but aging brands like Fisher-Price and Thomas the Tank Engine. Mattel, unlike Hasbro, makes many of its own toys instead of outsourcing the process. Kreiz is seeking $650 million worth of cuts to its manufacturing costs, among other areas, by the end of the year, and those efforts have already begun to improve margins. Of course, to yield results for investors, he may need something his predecessors didn’t get much of: time.

A version of this article appears in the February 2019 issue of Fortune with the headline “The Hidden
Upside to CEO Drama.”