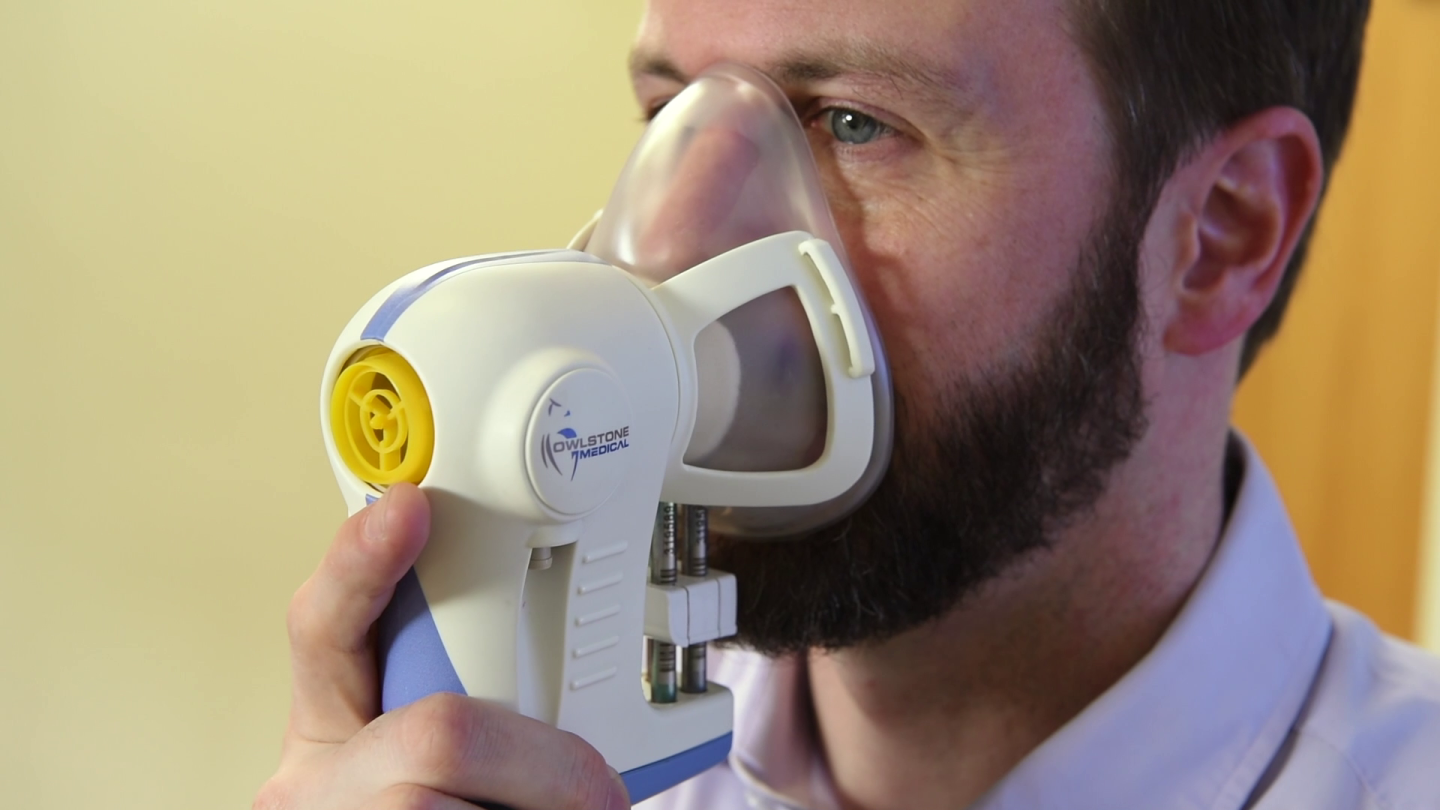 The device by Owlstone Medical is initially taking samples from people suspected of having stomach or oesophageal cancers, before being expanded to look for signs of pancreatic, prostate, kidney, bladder and liver cancers.

Breath tests that could detect cancer are a longstanding hope, with many trials taking place over the years. Well, here’s another one, and it comes with a twist.

Doctors in Cambridge, England, have begun a clinical trial of a breath test that could, if it works, detect multiple types of cancer in one go. As such, it is the first trial of its kind.

The trial is taking place at Addenbrooke’s Hospital, with 1,500 participants — some healthy, some suspected of having cancer — being asked to breathe into a test device for ten minutes.

Directly funded by device manufacturer Owlstone Medical, the test will at first take samples from people suspected of having stomach or oesophageal cancers, before being expanded to look for signs of other types, such as pancreatic, prostate, kidney, bladder and liver cancers.

Tests of this sort try to find molecules called volatile organic compounds, or VOCs, in breath samples. Cells produce a variety of VOCs as part of their ordinary biochemical reactions, and the researchers say VOC patterns sometimes change when cancer alters those reactions. Spotting these changed patterns may be the key to diagnosing some forms of cancer.

The technique would be revolutionary if successful, as it would allow for earlier detection of cancers without the need for invasive procedures.

“We urgently need to develop new tools, like this breath test, which could help to detect and diagnose cancer earlier, giving patients the best chance of surviving their disease,” said Rebecca Fitzgerald, the lead trial investigator at the Cancer Research UK Cambridge Center, which is running the trial.

“Through this clinical trial we hope to find signatures in breath needed to detect cancers earlier — it’s the crucial next step in developing this technology. Owlstone Medical’s Breath Biopsy technology is the first to test across multiple cancer types, potentially paving the way for a universal breath test.”

“Owlstone Medical will be funding the trial directly, however, none of this would be possible without the support and infrastructure provided by Cancer Research UK,” Owlstone said in a statement.

Another clinical trial of cancer breath tests in the U.K. was last year reported to have been successful. The study, led by researchers from Imperial College London, took in 335 patients and apparently distinguished cancer from benign diseases with an accuracy rate of 85%.

Meanwhile, University of Louisville researchers reported last year that they had successfully been able to detect lung cancer through the use of breath tests.