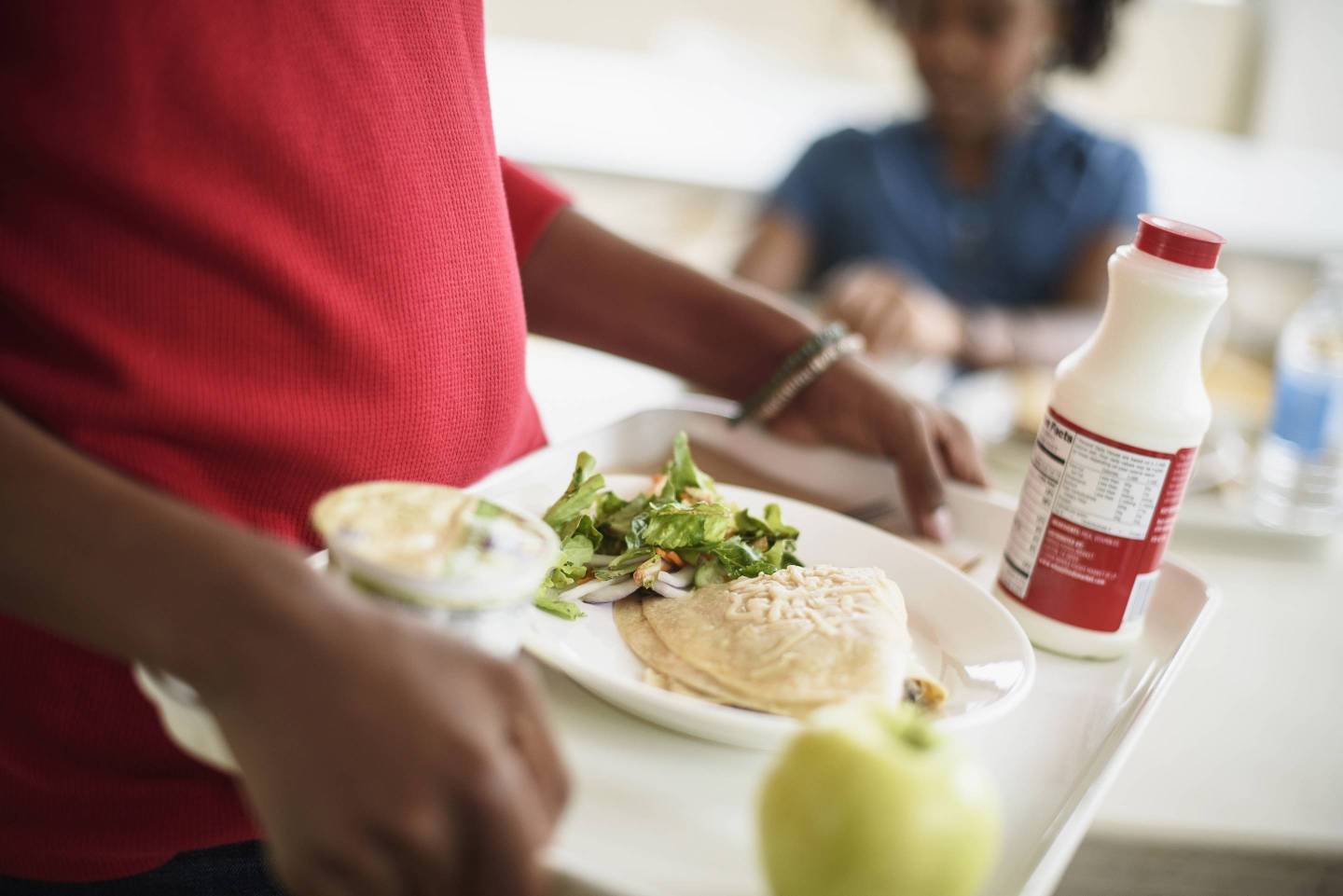 Under President Donald Trump, the United States Department of Agriculture (USDA) is rolling back the Obama administration’s school lunch and breakfast program nutritional standards. The guideline changes, which officially took effect on Dec. 6, will impact 30 million American children fed free and low-cost meals through the department’s federally-subsidized programs in more than 99,000 schools and institutions.

The changes relax some key nutritional guidelines, allowing schools to offer 1% milk in flavors such as strawberry and chocolate, and maintaining (rather than reducing) sodium levels in school food. Additionally, only half of the grains used in menu items must be whole grains, which means more products made with refined white flour.

U.S. Secretary of Agriculture Sonny Perdue announced plans to revamp the program back in 2017, promising that the changes to the school food programs would give local schools and communities greater flexibility to make their own decisions. “We will continue to listen to schools, and make common-sense changes as needed, to ensure they can meet the needs of their students based on their real-world experience in local communities,” he said in a Dec. 6 statement.

Perdue also noted that changing the nutritional standards would help minimize food waste. “If kids aren’t eating the food, and it’s ending up in the trash, they aren’t getting any nutrition—thus undermining the intent of the program,” he said in 2017. But as Vox reports, school food waste levels have not changed due to the nutritional standards set by the Obama administration. Consumptions of fruits and vegetables, however, is on the rise among children in school food programs.

The Obama administration’s Healthy, Hunger-Free Kids Act of 2010 authorized the USDA to overhaul its school lunch (and breakfast) nutrition guidelines for the first time in three decades. In particular, Former First Lady Michelle Obama was a prominent advocate for healthy foods and encouraging kids to adopt an active lifestyle as part of her mission to curb childhood obesity.