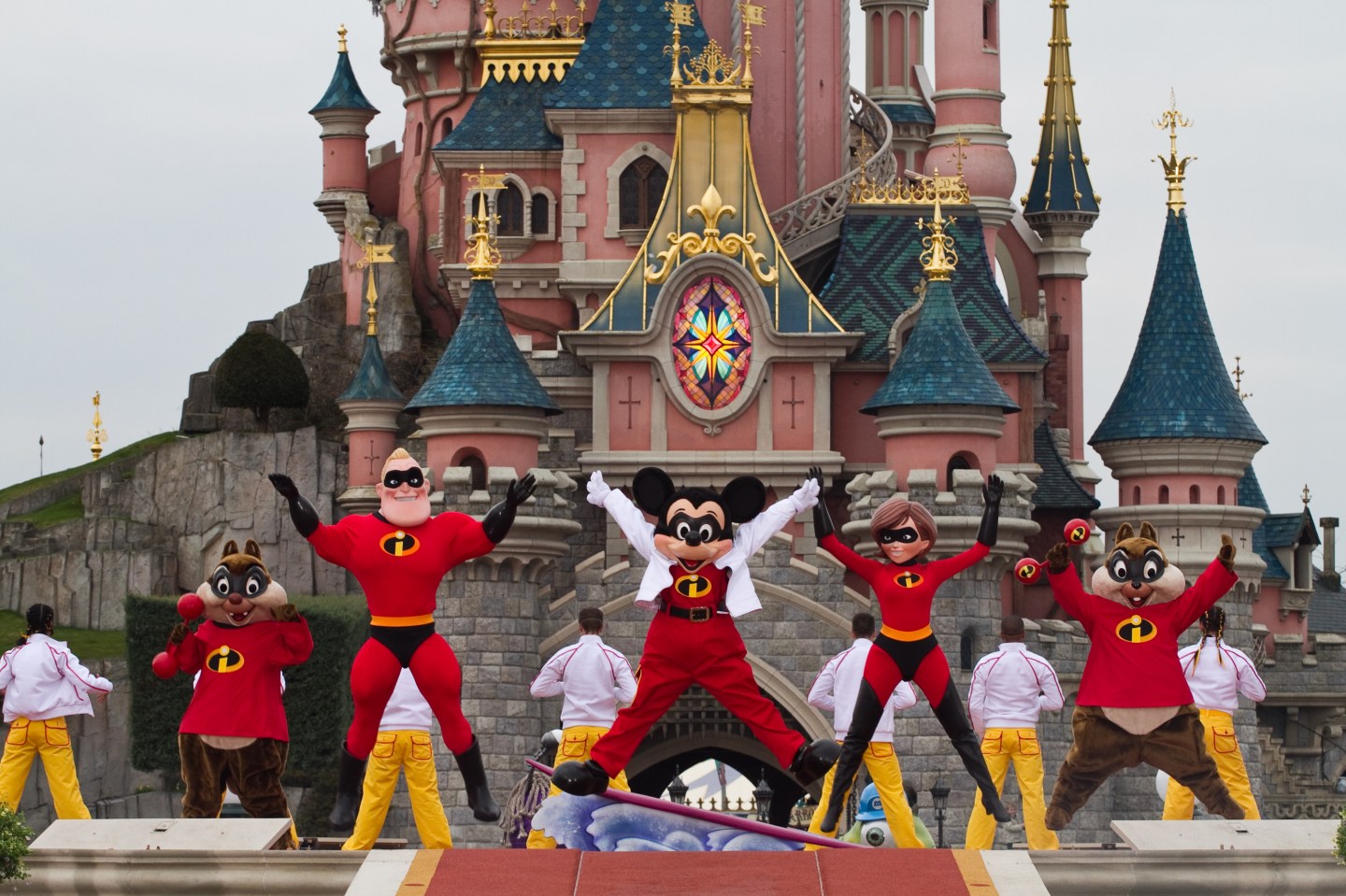 Tic & Tac, Mr Indestructible, Mickey and Elastigirl perform during a show in the front of the Cinderella Castle during the New Generation Year Launch at Disneyland Paris on March 27, 2010 in Paris, France.
Richard Bord—Getty Images

Part of the tax investigation focuses on a fee that Disneyland Paris paid to use Disney’s intellectual property. The same payment appeared to be associated with services provided by a U.K. unit tasked with managing “Disney activities in Europe, the Middle East and Africa since 2011,” according to Bloomberg.

The problem, in this case, is that the company’s decision to combine the two costs made it impossible for tax officials to confirm whether the business deal between the two Disney organizations “was correctly priced.” Authorities suggested it was a way to avoid transparency in its financial dealings, the rulings said.

Four years ago, The Walt Disney Co. was under fire after investigative reporters with the International Consortium of Investigative Journalists revealed the company sought to benefit from secret tax-saving deals in Luxembourg. The company’s involvement in the suspected entanglement may have helped Disney cut its tax payments in the U.S. and Europe, according to the report.

Disney lost four lawsuits this month it filed to challenge the order authorizing French tax officials to raid the Paris offices. The rulings noted tax authorities’ concerns spring from an audit of the Paris-based subsidiary’s tax filings from 2012 to 2015. More than 90% of the French Disney unit’s profit was sent to the U.K. during the first half of the decade, Bloomberg reported.

Walt Disney representatives did not comment on the case.