Why Nancy Pelosi Should Be the Next Speaker 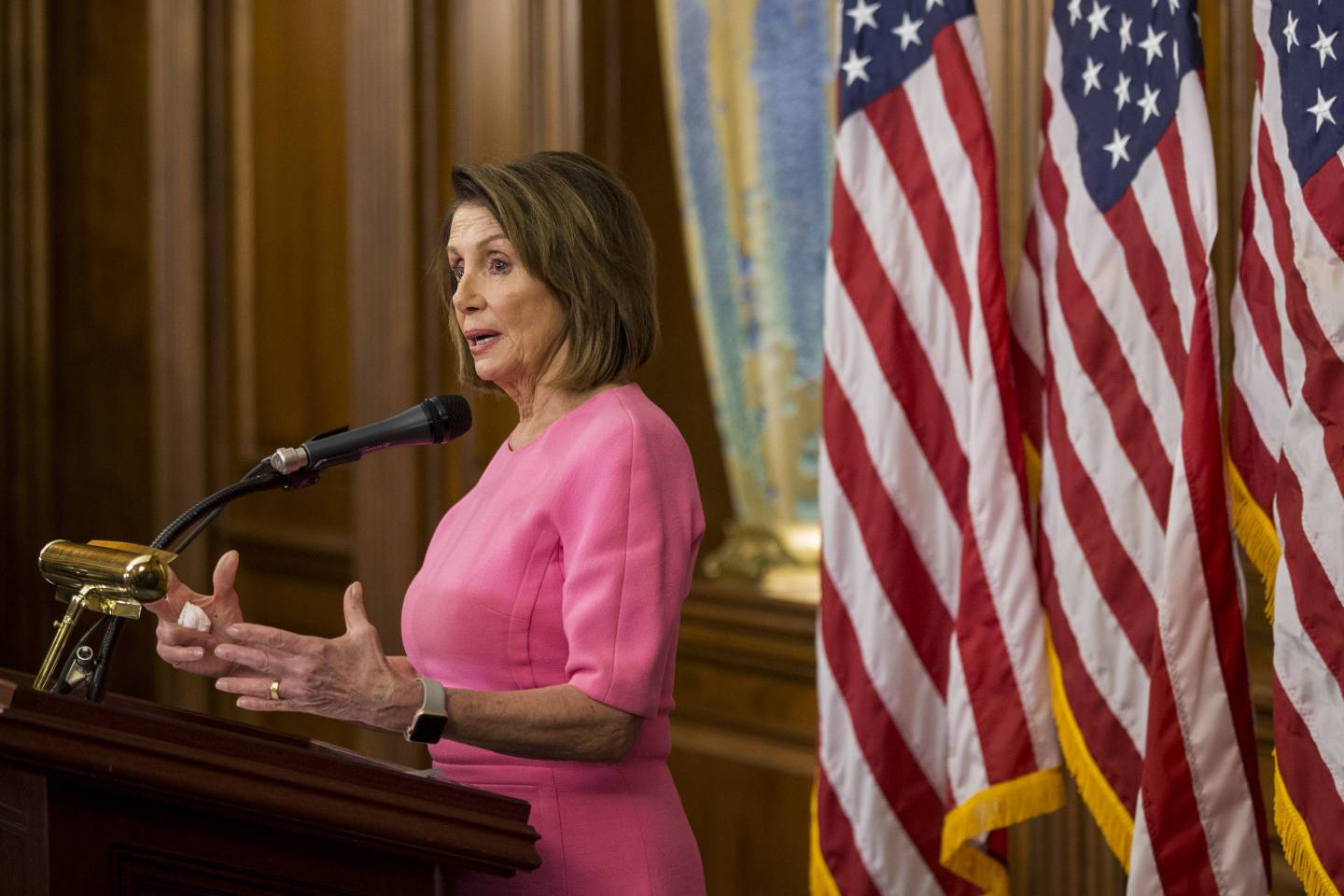 Despite compelling victories in this year’s midterm elections, the Democratic Party still lacks charismatic leadership to connect with the American people. It should look for new faces in the upcoming contest for the party’s presidential nomination, but not in the election for the speaker of the House of Representatives. The Democrats’ best course is to confirm their current minority leader, Rep. Nancy Pelosi of California, as the next speaker.

The speaker will be the most powerful Democrat in Washington. Better than any colleague, Pelosi knows how to fight and win, indispensable virtues for a Democratic leader in the age of Trump. Some critics charged that as a foil of Republicans, with low public approval ratings, Pelosi would sink Democrats in the 2018 elections. The opposite proved true.

Pelosi’s achievements this year stamped her credentials to guide Democrats through the 2020 House elections, when both parties will be targeting the many narrowly decided districts from 2018. Pelosi powered Democrats to exceed expectations in 2018 by netting nearly 40 additional House seats. She raised substantial funds, recruited outstanding candidates, helped organize local grassroots activists, and made sure that Democrats contested all but three congressional seats. Republicans, by contrast, left some 40 seats uncontested.

Pelosi recognized that anti-Trumpism had its own momentum and needed no stoking from Democrats. Instead, she kept candidates centered on bread-and-butter Democratic messages. The day before the election she reminded members of her caucus, “Democrats have kept the focus on the health and economic security of the American people.”

Through over 30 years of House service and stints as minority whip, minority leader, and speaker, Pelosi has gained the management and negotiating skills and behind-the-scenes clout needed for guiding the new majority Democrats along the fine line between investigating and checking the Trump administration and avoiding overreach. Not one of the likely incoming chairs of the key House investigating committees—Jerrold Nadler at judiciary, Adam Schiff at intelligence, and Elijah Cummings at oversight and government reform—have previously chaired a House committee or held a high leadership position in the House.

As speaker during the first two years of the Barack Obama administration, Pelosi, Senate Majority Leader Harry Reid, and Obama achieved impressive legislative wins, including a nearly $1 trillion economic stimulus package, financial regulations and consumer protections, new workplace rights for women, middle-class tax relief, and the Affordable Care Act. Although such liberal priorities are out of reach with Republicans controlling the Senate and the presidency, Pelosi’s pragmatic negotiating skills could facilitate the bipartisan compromises needed for new legislative accomplishments.

Pelosi’s gender is likewise a plus for Democrats. Her party elected a record number of at least 89 women to House seats in 2018, compared to just 13 Republican women. Women comprised the majority of midterm voters and exit polls found that “almost 80% of voters said that it’s very or somewhat important that more women be elected to public office.” Yet nearly all incoming Democratic committee chairs will be male, and absent Pelosi or another woman speaker, men will hold all top-tier leadership positions in both the House and the Senate. In an interview with CBS after the election, Pelosi stressed the importance of women’s representation in the federal government. “You cannot have the four leaders of Congress [and] the president of the United States, these five people, and not have the voice of women.”

Pelosi is not a compelling public speaker. However, as Senate Majority Leader Mitch McConnell has proven, eloquence is not a requirement for successful leadership in Congress. During the 2019-2020 presidential election cycle, the Democrats will have no shortage of effective communicators making their pitches to the American people.

One of the oldest and best-known sayings in politics is, “You can’t beat somebody with nobody.” As of now, with Rep. Marcia Fudge of Ohio endorsing Pelosi and withdrawing from the speaker’s race, Pelosi is competing against nobody—a tacit recognition that she remains the best choice to lead the newly empowered House Democrats. Her Democratic detractors have had their say; now they should do what is needed for their party and the nation. New leadership will come in time.

Allan J. Lichtman is a distinguished professor of history at American University and the author of The Embattled Vote in America.