Here’s What Businesses Are Doing For #GivingTuesday 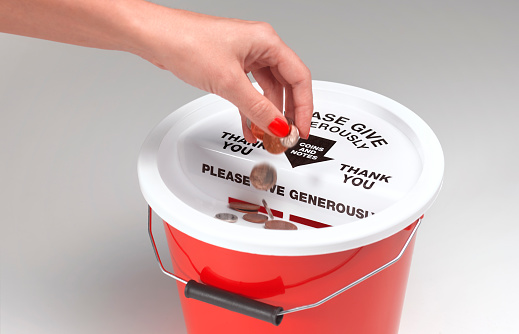 After raking in a record-breaking $7.8 billion on Cyber Monday and $6.22 billion in online sales alone for Black Friday, businesses are spending the six-year-old “holiday” known as #GivingTuesday focusing on giving back.

Although charities and underserved communities won’t be getting ten-figure donations, the organizing force behind #GivingTuesday said that non-profits, schools, businesses, and individuals from all 50 states raised $274 million in online donations in 2017 — and that’s on top of hours spent volunteering, clothing and food drives, and other forms of giving.

Here’s what companies are doing this #GivingTuesday, and how they are helping individuals maximize their contributions:

Amazon: Following its biggest shopping day ever, the retailer has made it easier for consumers to give presents to children in need by simply saying, “Alexa, donate to Toys for Tots.” Alexa will then recommend a gift from Toys for Tots’ curated list and after the order is confirmed, Amazon will match each donation toy for toy.

Facebook and Paypal: The tech company giants have partnered up to match up to $7 million in donations made by users to US-based, 501(c) organizations on Facebook, which has raised over $1 billion for charities and personal causes since launching its donation tool in 2015. They are also waving any processing fees for nonprofits using Facebook Payments, meaning that 100% of donations will go directly to the cause.

T-Mobile: The phone carrier will donate 10 meals to Feeding America every time someone tweets using the #GivingOnUs hashtag — even if said tweeter uses AT&T — until 10 million meals have been donated. T-Mobile is also giving employees $27 to donate to the charity of their choice and giving customers using the T-Mobile app the chance to win $25, $100, or $500 to their preferred organization.

Today, and today only, I’ll let it slide if you’re not a @TMobile customer because we’ve teamed up with @FeedingAmerica to donate 10 meals EVERY TIME you tweet #GivingOnUs! Get to tweeting!! https://t.co/mrKNOw9B9F

Citi: The bank will match all donations to No Kid Hungry up to $100k.

#GivingTuesday donations to #NoKidHungry will be matched today, up to $100K thanks to our friends @Citi. Double your impact: https://t.co/1Ncx4BSqNE pic.twitter.com/oasBEbDN4M

United Airlines: MileagePlus members who chose to donate miles to the airline’s charity partners (which includes Make-A-Wish, American Red Cross, and the USO to name a few) will have their giving met up to 5 million miles. United is also donating 1,000 miles (up to 1 million miles) every time someone tweets using the #UnitedCharityMiles hashtag.

Want to donate but not yet a MileagePlus member? Use #UnitedCharityMiles and we will donate 1,000 MileagePlus miles per post, up to an additional 1️⃣,0️⃣0️⃣0️⃣,0️⃣0️⃣0️⃣ miles. #GivingTuesday

Pizza Hut: To support childhood literacy, one dollar of every $20.99 First Book Bundle (which includes two large, three-topping pizzas and one breadsticks order) will be donated to First Book through December 31.