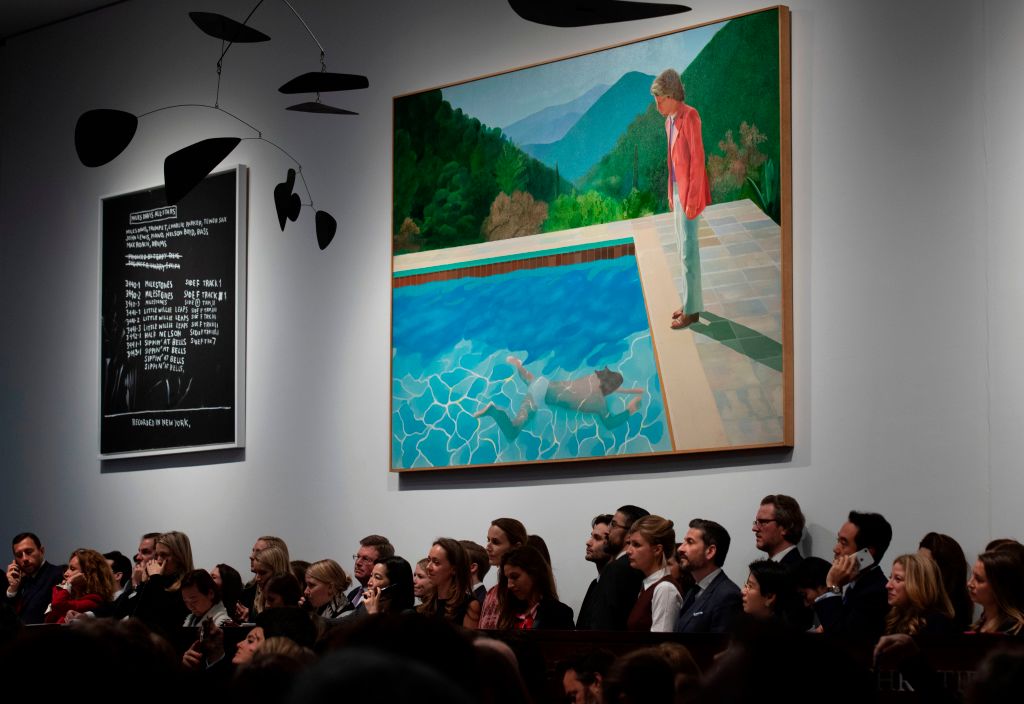 David Hockney dethroned Jeff Koons as the most expensive living artist at auction when his painting, owned by billionaire Joe Lewis, fetched $90.3 million at Christie’s.

Thursday night’s sale of Portrait of an Artist (Pool with Two Figures) topped the $80 million estimate. Koons, 63, held the title since 2013, when his Balloon Dog (Orange) sold for $58.4 million.

Lewis, a currency trader who owns English soccer team Tottenham Hotspur, declined to accept a guarantee despite offers of about $80 million, according to people familiar with the matter who asked not to be identified because the details are private. Instead he opted to sell without a reserve, a minimum price at which the work can be hammered down. That’s an unconventional approach because bidding technically can start at $1.

Bidding started with $18 million and drew at least seven bidders. The hammer price was $80 million, and the final price includes the buyer’s premium. The purchaser was a client of Marc Porter, chairman of Christie’s Americas.

The 1972 canvas depicts two men. One, fully clothed, stands at the edge of a swimming pool gazing down at another, who’s submerged. The hilly landscape behind them was inspired by the South of France. The standing man is Peter Schlesinger, an artist and Hockney’s ex-lover. Hockney, 81, was working on the painting at the time their relationship was ending.

Lewis’s asking price was a staggering figure even though prices for Hockney’s work have surged in recent months. Sotheby’s set two auction records for Hockney in May. The most expensive, 1990 landscape Pacific Coast Highway and Santa Monica, fetched $28.5 million.

Lewis, who owns Tavistock Group and is worth $5.8 billion, according to the Bloomberg Billionaires Index, now spends most of his time in the Bahamas. His art collection includes pieces by Picasso, Freud, Klimt and Degas. Tavistock Group’s website describes his trove as “one of the largest private art collections in the world.”