‘Do You Value Freedom of Expression?’ 6 Questions for Your College Tour 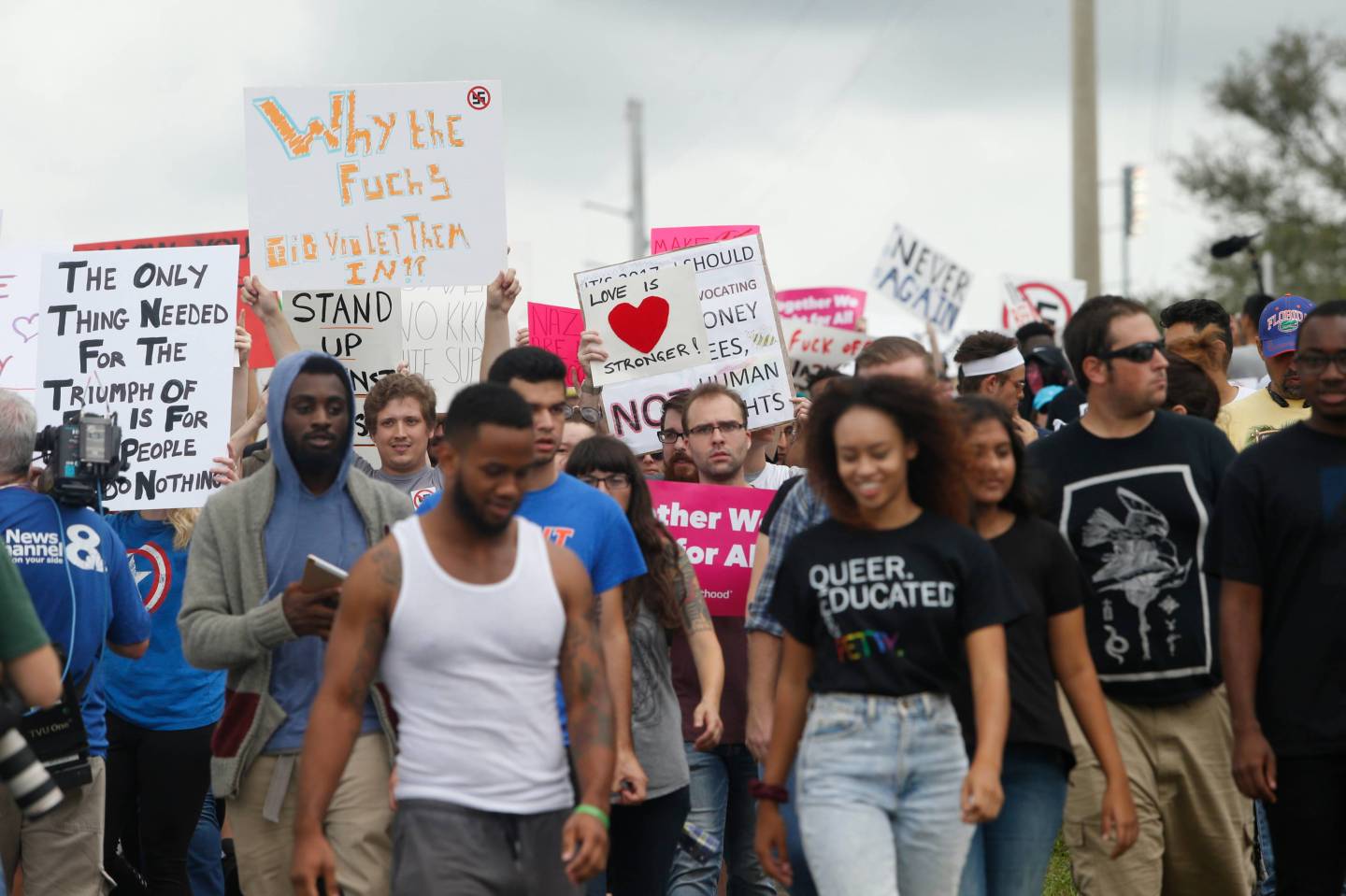 GAINESVILLE, FL - OCTOBER 19: Demonstrators gather at the site of a planned speech by white nationalist Richard Spencer, who popularized the term 'alt-right', at the University of Florida campus on October 19, 2017 in Gainesville, Florida. A state of emergency was declared on Monday by Florida Gov. Rick Scott to allow for increased law enforcement due to fears of violence. (Photo by Brian Blanco/Getty Images)
Brian Blanco—Getty Images

Open inquiry and constructive disagreement are essential for allowing institutions of higher learning to advance their missions of education and discovery. Yet increasingly, professors and students alike are describing the toll that fear of being publicly reprimanded for your ideas—and thus choosing to withhold those ideas from classroom discussions—is having on campus culture and the pursuit of knowledge.

If you are a high school junior or senior (or the parent or guardian of one) who will be touring college campuses this fall—and enjoy being with and learning from people who see the world differently than you do—here are six questions that you should ask during campus visits to get a sense of whether a school values free expression and, in turn, has created the conditions necessary to prepare you for a diverse, challenging, and complex world.

Many colleges offer incoming students the opportunity to learn about their peers’ and professors’ expectations during orientation sessions. The content covered in these orientations tells you a lot about the values and principles of the institution. Look for a college that, beginning with orientation, explicitly states the importance of regularly engaging with people who have beliefs and ideas that are different—even vastly different—than your own.

Does the college have a speaker series featuring people with diverse views?

Observing prominent individuals engaging with complicated and controversial ideas is a great way for students to deepen their critical thinking. Such attempts at constructive engagement should flourish on the campus.

How many speakers have been disrupted by protests in recent years?

Protests are a wonderful feature of our democracy. However, when protesters prevent speakers from speaking or audience members from hearing, they are violating the promise of the First Amendment—and squashing an opportunity for critical engagement and learning. An ideal response to this question may go something like, “We’ve had some really controversial speakers, but they weren’t shouted down or disinvited. There were some demonstrations outside, but nothing that interfered with participating. They were rigorously challenged in the Q&A with evidence-based arguments—and responded to later in the student press. We recognize the importance of hearing other viewpoints, even those some find offensive and objectionable.”

How often do student groups of differing political orientation host events together?

The ideal college campus welcomes students from a range of ideological perspectives and offers opportunities for those students to come together to productively explore topics, problems, and questions. BridgeUSA (a partner of the organization I lead, Heterodox Academy), which already has chapters on over 25 campuses, is one leading student organization dedicated to facilitating constructive political discussion.

Are the professors open-minded to differing opinions?

When offering their opinions, professors at the college should say something to the effect of, “That’s just my perspective,” then ask, “But how do you see it?” When professors exhibit intellectual humility and curiosity, they remind their students to be genuinely interested in and empathetic toward others’ perspectives. Ideally, in response to this question you will hear a comment like, “All the time! Our professors keep saying their job is teach how to think, not what to think.”

Are students welcome to share their perspectives in class if most others disagree?

Let’s be honest: Discussions in which everyone agrees are boring and you can’t learn much from them. Find a college where students feel welcomed to express ideas and ask questions that might represent a minority opinion. Students shouldn’t be expected to join a particular ideological tribe, feel pressured to think or feel a certain way, or fear social ostracism for not conforming to a particular way of thinking.

Being stuck in an environment of ideological conformity and homogeneity will not leave you fully prepared for life beyond the quad. So go forth and find a college that will welcome your curiosity and ideas, no matter what they are.

Debra Mashek, a psychology professor, is the executive director of Heterodox Academy, an independent academic consortium that promotes viewpoint diversity, constructive disagreement, and mutual understanding at America’s colleges and universities.