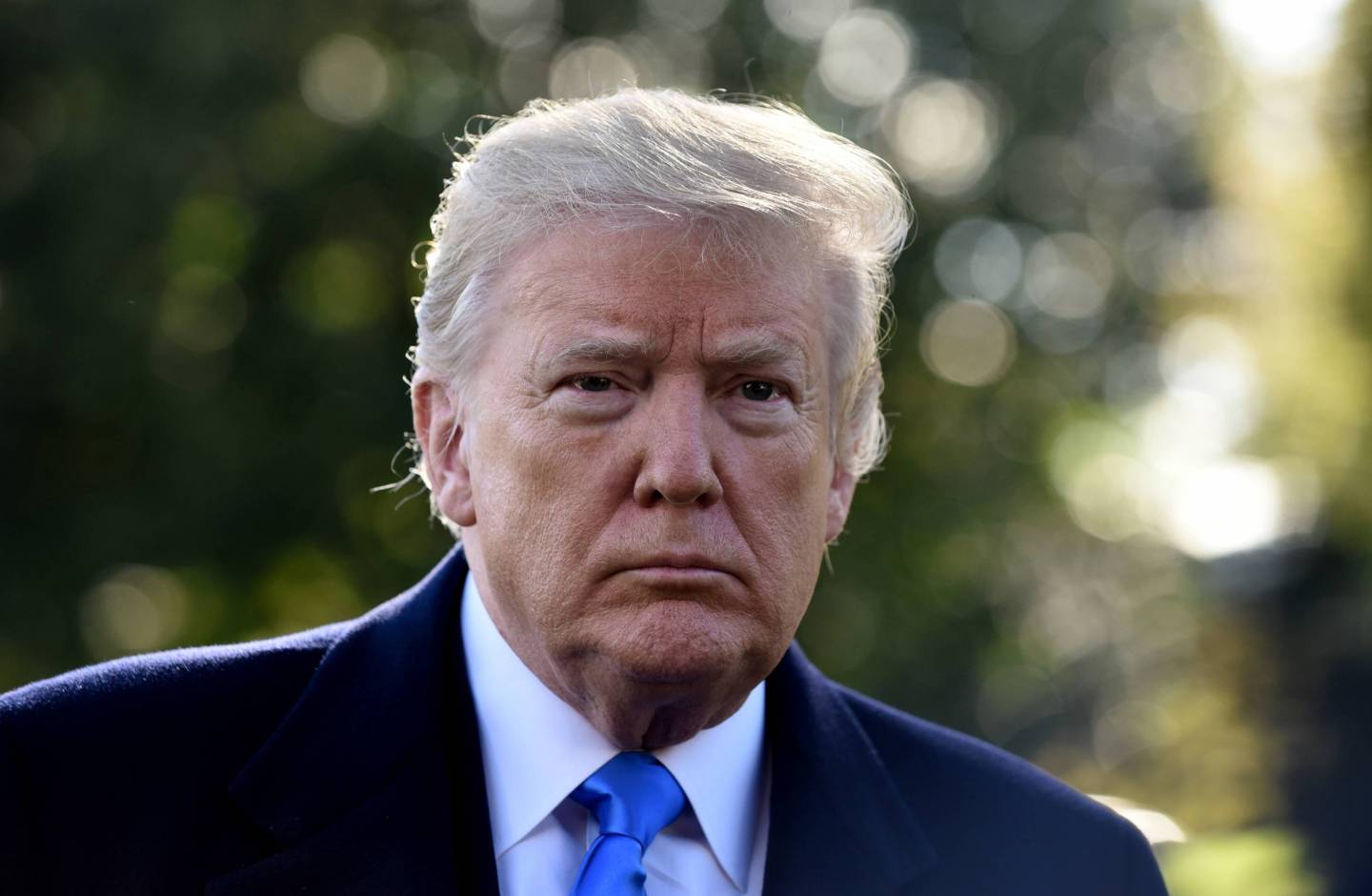 U.S. President Donald Trump speaks to reporters on the South Lawn before boarding Marine One at the White House on October 13, 2018 in Washington, DC. (Photo by Olivier Douliery - Pool/Getty Images)
Pool Getty Images

The world got a glimpse into President Donald Trump’s artistic taste during his 60 Minutes interview Sunday. In the background of one shot, you can see a print of “The Republican Club,” a painting featuring Trump joyously enjoying a (non-alcoholic) drink with some of the most iconic Republican presidents. Abraham Lincoln, Richard Nixon, Ronald Reagan, Teddy Roosevelt, and both Bushes are among those included.

The piece was painted by Missouri-based Andy Thomas, who specializes in westerns and historical scenes. In a recent interview with Time, Thomas said he was unaware that his work was hanging in the White House until after the 60 Minutes episode.

“I was ecstatic,” he told Time. “A lot of times gifts aren’t really hung up, they’re just pushed in a closet somewhere. To find out it’s actually hanging is really a treat.”

Thomas has another version of this painting, titled “The Democratic Club,” featuring Democratic presidents like Barack Obama, John F. Kennedy, and Bill Clinton. Both versions also have a “subtle feminist message,” according to a Time article on Thomas’s website.

In both paintings, the vague figure of a suited woman is approaching the table.

“That will be the first Republican female president and the first Democratic female president,” Thomas explained to Time. “As I was doing the painting, I was thinking that these guys are kind of intimidating in a way. That’s the kind of woman that will be our first woman president; she’ll walk right up to that table.”

Whether or not he knows about the small feminist message, Thomas said Trump might have gotten the print through Rep. Darrell Issa (R-Calif.), who Thomas has painted before. He knows Issa showed the painting to Trump, because two weeks ago the president called to express his appreciation for the work.

“He basically said, ‘most portraits of me I really don’t like,'” Thomas told Time. “And he’s right. He’s hard to paint. There’s some bad ones out there.”

Thomas said Trump’s smile was particularly difficult to create, because he wanted it to look genuine.