Meet the First CEO of Time’s Up, WNBA’s Lisa Borders 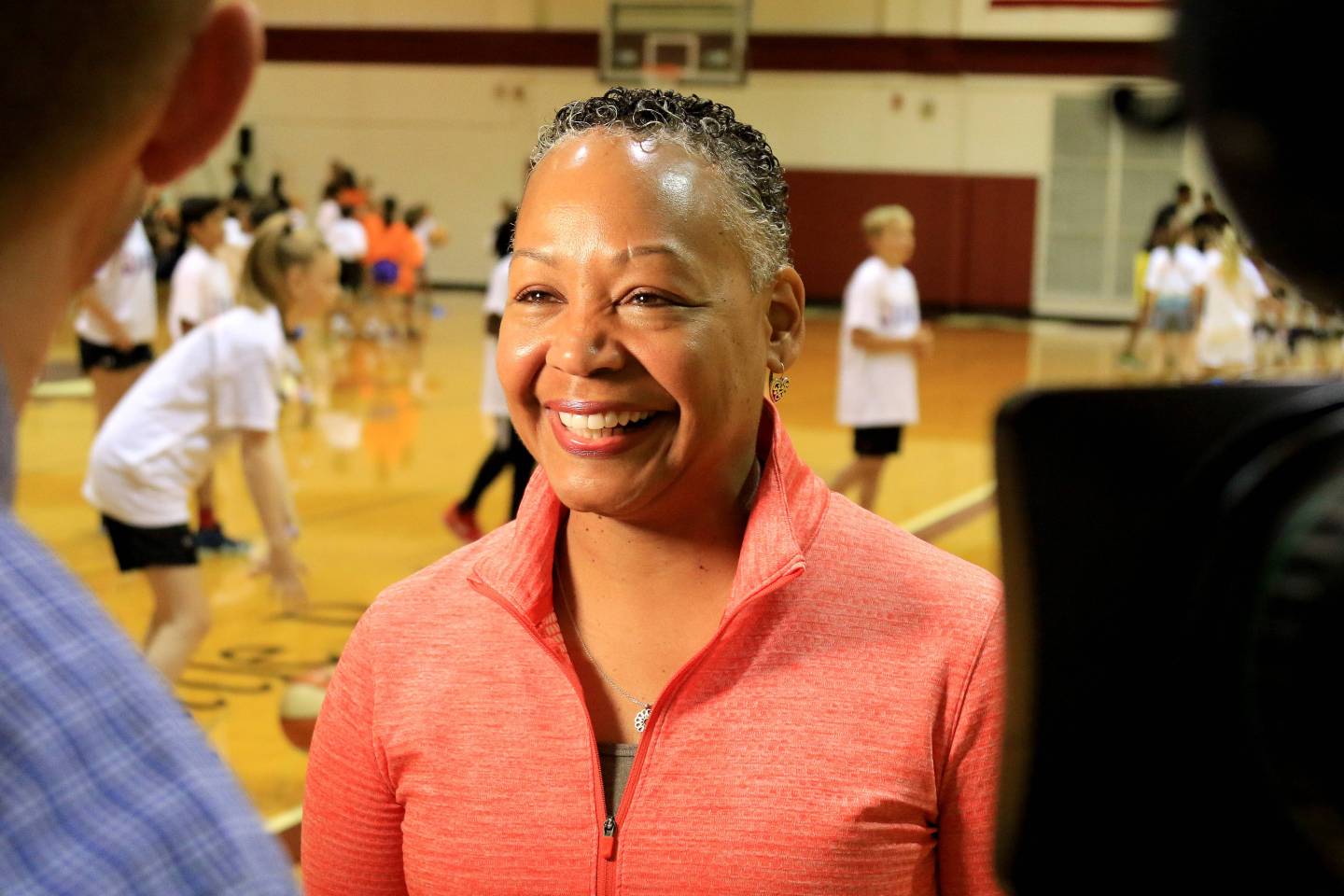 SEATTLE, WA - SEPTEMBER 8: Lisa Borders President of WNBA talks with media during a Jr. WNBA Clinic presented by Shock Doctor at Seattle Pacific University on September 08, 2018 in Seattle, WA. NOTE TO USER: User expressly acknowledges and agrees that, by downloading and or using this photograph, User is consenting to the terms and conditions of the Getty Images License Agreement. (Photo by Joshua Huston/NBAE via Getty Images)
Joshua Huston—NBAE/Getty Images

Nine months after its launch, Time’s Up is ready to make things official. The anti-sexual harassment organization is bringing on its first president and CEO: WNBA president Lisa Borders.

Borders, vice president of global community affairs at Coca-Cola and chair of the Coca-Cola Foundation before she took over the WNBA in 2016, is tasked with taking Time’s Up from a small, ad-hoc organization fighting sexual harassment in the workplace to a proactive force for women’s rights and equality.

“We are in effect hopeful we are going to change the world. We will do it incrementally,” Borders says. “It will not be dramatic shifts overnight. But we will work in each one of our focus areas and it will be an iterative process.”

Time’s Up launched in January 2018 in reaction to Harvey Weinstein’s sexual assault allegations with a focus on the Time’s Up Legal Defense Fund, a fund to pay legal fees for victims of sexual assault and harassment. But the organization, while still offering the nonprofit Legal Defense Fund now administered by the National Women’s Law Center, is ramping up the 501(c)(4) arm that Borders is set to take over.

As CEO of Time’s Up, Borders will target three areas of focus—culture, companies, and laws—across industries including entertainment, advertising, law, finance, healthcare, and tech.

Borders— only the seventh full-time employee at Time’s Up—was chosen for the position by a search committee that included Shonda Rhimes, Tina Tchen, and Kerry Washington. Rhimes and Hollywood exec Katie McGrath are two of the organization’s private seed backers, funding the broader Time’s Up as it gets off the ground. (All public fundraising for Time’s Up has gone to its legal defense fund.)

Borders’ background in the WNBA, fighting for air time, sponsorships and respect for the league, gives her an interesting perspective on workplace equality and dignity—especially problems faced by women given opportunities with higher expectations and without equal resources.

“Many of the challenges that you see in society have been experienced by all of the athletes who compete in the W,” Borders says. “What women experience in society today by not being given their full opportunity or their full due mirrors the experience of women attracted to the Time’s Up movement.”

As much attention as it’s gotten, Time’s Up is still a ground-up movement influenced in its path forward by the volunteers and advocates within the organization.

Borders plans to get athletes like her WNBA players more involved. While she’s declined to say exactly what issues Time’s Up will add to its anti-sexual harassment work, her categories of culture, companies, and laws leave a lot of options open.

“I would frame this as the civil rights movement of the 21st century,” Borders says.