Health Is Politics on a Grand Scale 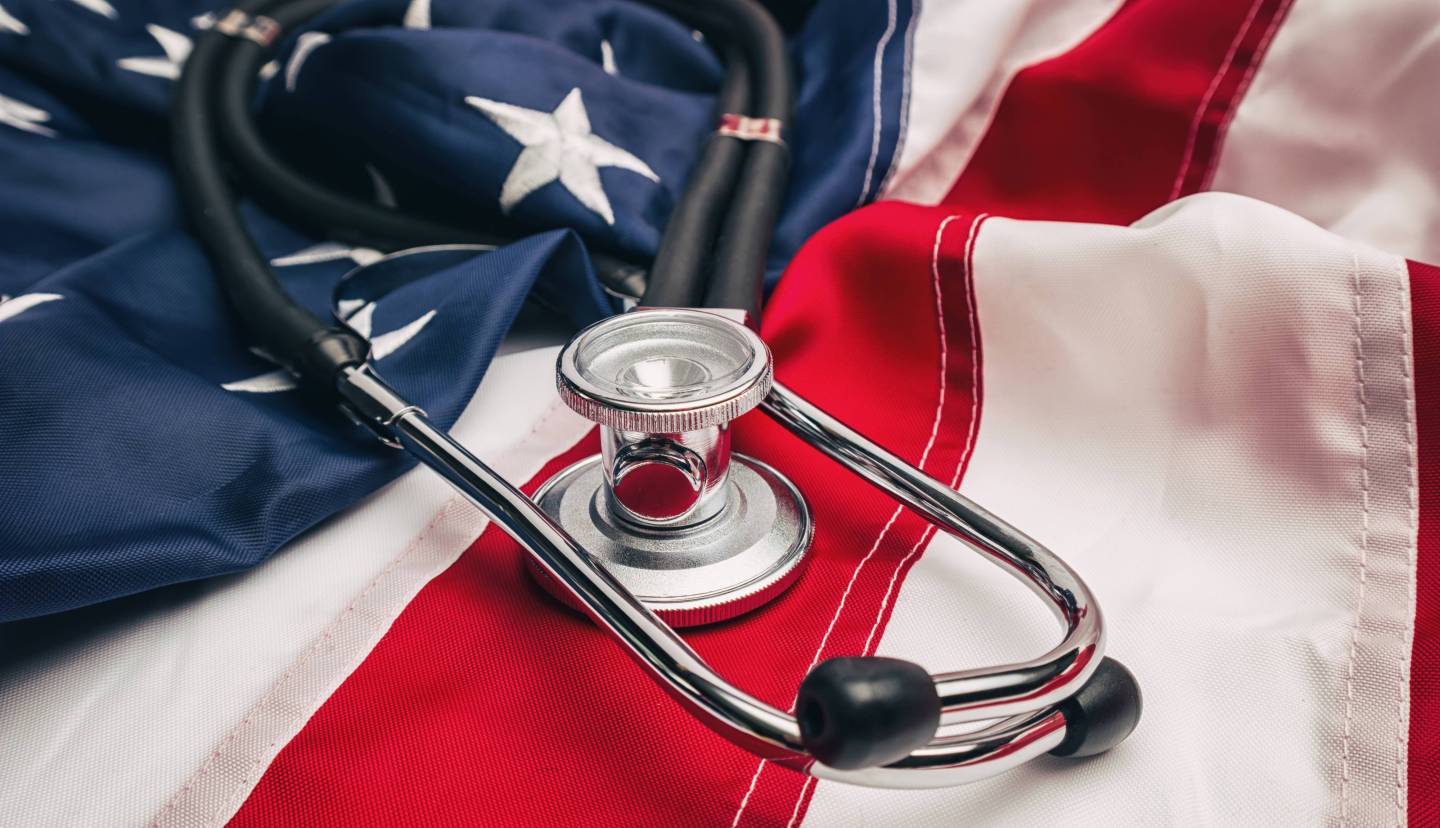 This piece is part of an ongoing series by Boston University’s Dr. Sandro Galea on the intricacies of health care and public health.

When I suggest that health is linked to politics, many readers will likely think about the political back-and-forth around Obamacare that gripped the country for a decade. And Obamacare—designed as it was to provide as many Americans as possible with access to health care—matters indeed. But, I would argue, it is one very small piece of a larger picture. And that picture is that health is inextricably linked to politics, on a large scale.

I borrow the term “on a large scale” from the German physician Rudolf Virchow. In 1848, the Prussian government named Virchow, then a young pathologist, to investigate a typhus epidemic in the region of Upper Silesia, which is now part of Poland. Virchow’s visit there would be brief—he stayed just three weeks—but what he observed during that time would have a lasting effect on our understanding of disease. Rather than write about what we typically imagine makes people sick—namely, bacteria and patterns of infection—Virchow wrote about the social and economic conditions he witnessed. His report told a tale of poverty, civil dysfunction, ignorance stemming from lack of educational opportunities, and other socioeconomic challenges.

In the report, Virchow argued, “There cannot be any doubt that such a typhoid epidemic was only possible under these conditions and that ultimately they were the result of the poverty and underdevelopment of Upper Silesia. I am convinced that if you changed these conditions, the epidemic would not recur.” To prevent such epidemics, Upper Silesia needed education, employment, a functioning regional bureaucracy, agricultural improvement—in short, it needed reforms that are only possible at the political level.

This is what led Virchow to famously say, “Medicine is a social science and politics is nothing else but medicine on a large scale.” I would modify this slightly, and suggest that, in fact, politics is health on a large scale. It is, of course, true that politics is closely linked to medicine. Indeed, when we think of politics and health, it is often to this link that our minds first turn. From the debate over Obamacare, to the government regulating the price of pharmaceuticals, it is fairly easy to trace the line between political decision-making and the drugs and treatments we rely on when we are sick. But the link between politics and medicine is just one relatively minor aspect of the link between politics and health. Health, as Virchow observed, is shaped by the conditions in which we live. These conditions are, in turn, shaped by laws, institutions, economics, and culture—all of which are informed by politics.

Let us look at a contemporary example that many of us take for granted: the safety of our roads. In 1999, there were six times as many Americans on the road as there were in 1925, and the number of miles they traveled in motor vehicles had grown by a factor of 10. Yet in the years between the mid-1920s and the late 1990s, the number of annual motor vehicle deaths decreased by about 90 percent. Why? Because the last century saw the introduction of seat belt laws, regulatory standards for roads and vehicles, and the creation of public institutions like the National Highway Traffic Safety Administration and National Transportation Safety Board. Taken together, these laws and institutions created the conditions for safer driving.

These changes emerged at the political level as responses to a demand for healthier conditions. Americans could not well continue driving on unsafe roads; the necessity of improvement, of health, created the incentive for political action. And political action made all the difference in producing health. We have seen this pattern reoccur throughout our history. In the 1960s, for example, the publication of Rachel Carson’s book Silent Spring, which exposed the scope of the ecological damage caused by pesticide use, helped galvanize the environmental movement, creating a groundswell of support for reform. This would eventually lead to political change, in the creation of the Environmental Protection Agency.

Politics also affects health through the words of political actors, which can influence the public debate and the policies that emerge from it. People who engage in politics at a high level have the power to make acceptable ideas that were once considered beyond the pale. As a result of this acceptance, these ideas can become political policy, with consequences for health.

This process is known as shifting the Overton window. Conceived by the political scientist Joseph Overton, the Overton window is simply the range of political ideas that are considered within the mainstream of the public debate. Outside the window, on one side, are ideas seen as so extreme as to be almost unthinkable. On the other, are ideas that are so well accepted that they have become settled policy. Political actors can use rhetoric to nudge the window toward the ideas they wish to make more credible.

Donald Trump has proven to be especially adept at this. His attacks on vulnerable populations, particularly Muslims and immigrants, has shifted the Overton window to a dramatic degree. Thanks to him, we have seen practices that would likely once have been dismissed as violations of our core national values—such as separating immigrant children from their families and banning travelers from predominantly Muslim countries—adopted as official policies of the U.S. government.

These practices speak to what is perhaps the most fundamental way that politics shapes health: politics has the power to uphold or undermine human dignity. When people are denied their basic dignity, and the political expression of that dignity—their civil rights—they are made vulnerable to bigotry, harassment, and a general sense that society does not care about them. These conditions take an immense toll on physical and mental health.

This has long been the case for one of America’s most consistently marginalized groups: the transgender population. Transgender people are subject to frequent discrimination simply for being who they are; this can translate into lost jobs, lack of physical safety, and poor health, among other hardships. Transgender people live with HIV at about five times the US average rate, 15 percent report being harassed or attacked at work, and 40 percent have attempted suicide. Despite such challenges, we have been slow to extend to transgender people the same protections we have extended to other historically marginalized groups.

Meanwhile, the tentative gains that have been made are under imminent threat of being rolled back. In 2016, Massachusetts passed a law prohibiting discrimination against transgender people in places of public accommodation. This progress is now in danger—opponents of the law have placed on the November ballot an initiative calling for its repeal. In two months, the state’s voters will choose to either uphold the dignity, safety, and wellbeing of the state’s transgender population, or deny them their rights. In either case, politics will have played a key role in deciding how healthy transgender people will be able to be in Massachusetts.

While it is important that Massachusetts makes the right choice in November, it is equally important that we, collectively, choose health in all our political decisions. This means creating a demand for health in our system, so that political forces recognize that health has to be a priority in all we do. To achieve this, we must widen our gaze, to recognize that politics shapes health through medicine, yes, but, even more so, through the diverse array of conditions that determine whether we get sick or stay well.

The sheer variety of these social, economic, environmental, and legal forces echoes the ideas of none other than James Madison. In The Federalist Papers, Madison wrote that the strength of our politics would ultimately lie in its scope. To maintain a healthy body politic, he argued, we must “extend the sphere” of American political life. To ensure our politics truly promotes health, we must “extend the sphere” of what we talk about when we talk about health and politics, so that our conversation accounts for the full range of ways politics influences health.

Sandro Galea is a professor and Dean of Boston University School of Public Health. His book, Healthier: Fifty thoughts on the foundations of population health, was published in June 2017. Follow him on Twitter: @sandrogalea.