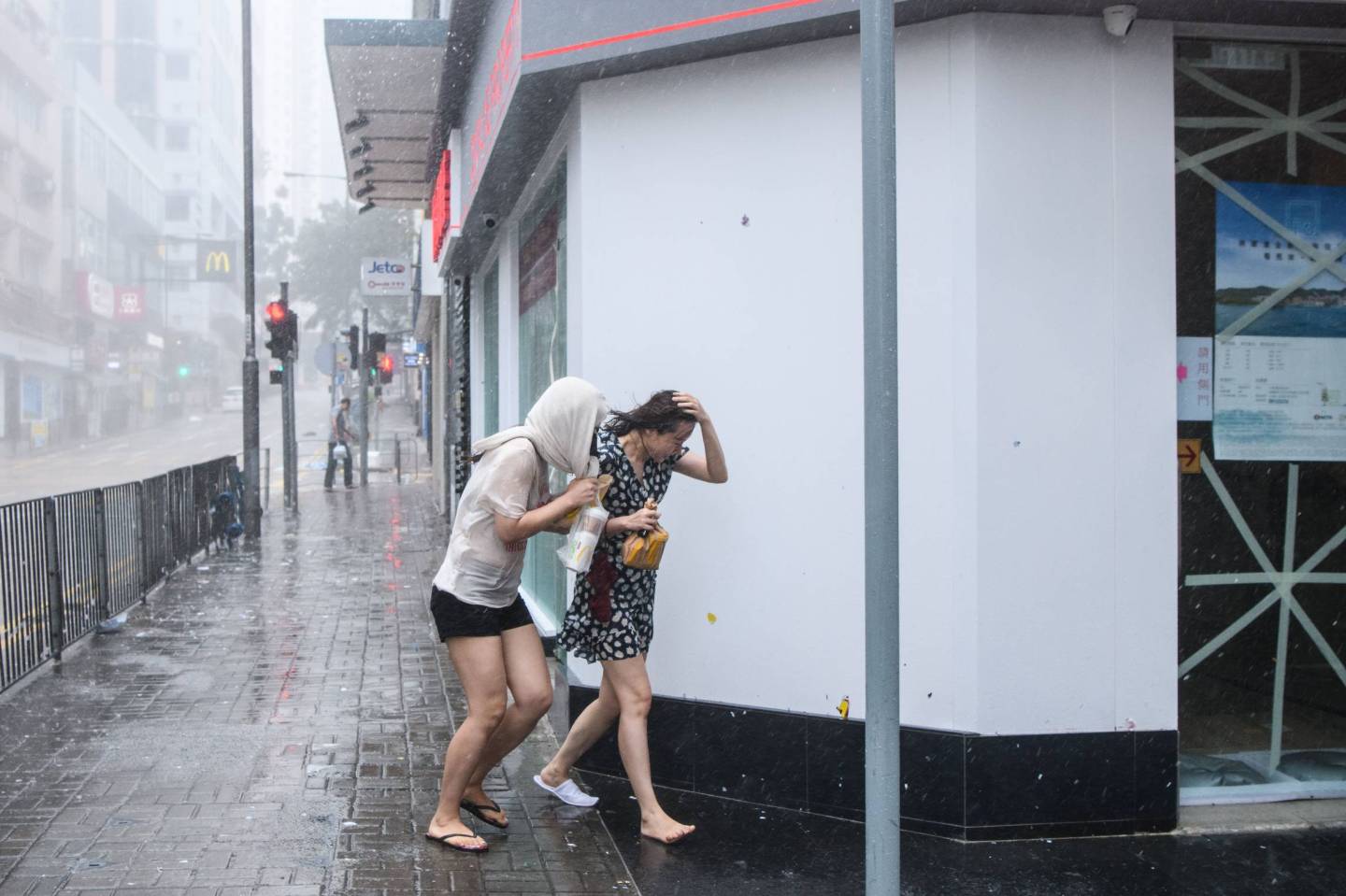 Typhoon Mangkhut began weakening after it made landfall in China and left Hong Kong with roads blocked, buildings damaged and low-lying areas flooded. The death toll in the Philippines rose to more than 50.

More than 2.45 million people have been relocated and over 48,000 fishing boats returned to ports in China’s Guangdong province as of 5 p.m. on Sunday, when Mangkhut made landfall, according to Xinhua News Agency. A 40,000-ton-category vessel with 73 people on board was blown off its anchoring at Huizhou port this morning, China’s Central Television reported.

Mangkhut was centered about 280 kilometers west of Hong Kong as of 9 p.m. and was forecast to weaken gradually and become a tropical storm, the Hong Kong Observatory said. Hong Kong lowered typhoon signal to No. 8, which will remain in force “for a period of time.”

Hong Kong’s stock trading on Monday morning will be canceled if there is a typhoon signal no. 8 or higher after 9 a.m., according to Hong Kong stock exchange rules. Trading will be scrapped for the rest of the day if the signal remains after noon. All schools in the city, including six universities, will be shut tomorrow.

Images of a residential apartment and an office building with their windows blown out circulated on social media in Hong Kong. A crane fell off a building at a construction site, the Mingpao newspaper reported on its website, adding no one was hurt. Fallen trees forced closures of roads and a tunnel. The government said 1,219 people have sought sanctuary in 48 temporary shelters set up in various districts. Residents in the flood-prone Tai O village and Lei Yue Mun were evacuated as sea levels continued to rise.

Almost 900 flights were canceled in Hong Kong on Sunday due to the typhoon, while bus and ferry services as well as express train service to the airport have been suspended, the Hong Kong government said. Underground trains are running at reduced intervals with stations largely empty. In China, all flights at Guangzhou International Airport were canceled from midday Sunday through Monday morning.

Cathay Pacific Airways said it’s now expecting a gradual return to scheduled flight operations from Monday, but service resumption will likely be very slow, with continued delays and some cancellations.

Two-to-three story high waves surged over the banks of eastern Hong Kong Island, washing away sandbags placed in defense, one local media reported. Surges of almost 4 meters (13 feet) above chart datum were recorded in the Victoria Harbour. Empty trawlers and barges could be seen floating in clumps, after being blown together out at sea.

Macau on Saturday night suspended all casino operations as Mangkhut approached, saying it would review the suspension once the typhoon had passed. The gaming hub has lowered typhoon signal to No. 8 from the highest No. 10 on Sunday evening.

Today’s havoc comes after the typhoon tore across the Philippines northern island on Saturday, leaving a trail of destruction, killing more than 50 people, many of them in landslides, according to the government.

President Rodrigo Duterte appeared at a televised Cabinet meeting following an aerial inspection of the affected areas and pledged funds following an for the recovery. Food supply is sufficient and prices are stable even in affected areas, Trade Secretary Ramon Lopez said at the meeting.

Availability of cheap rice should be ensured to avoid price spikes, Lopez said, adding that supermarkets have also agreed to sell grain from the government’s food agency.

“There are still areas without power and a lot of areas with evacuees. Agriculture is badly hit,” Francis Tolentino, an adviser to President Rodrigo Duterte, said earlier by phone.

Impacts of the storm were felt as far away as Taiwan, where high waves caused one death, according to the island’s government. Heavy rains and winds knocked out power for a short period in more than 12,000 homes, it said.

Economic losses in Hong Kong and across China could reach $50 billion on top of the $16 billion to $20 billion it probably exacted in the Philippines, said Chuck Watson, a disaster modeler for Enki Research in Savannah, Georgia. The impact in the Philippines could be between 5 to 6 percent of its gross domestic product.