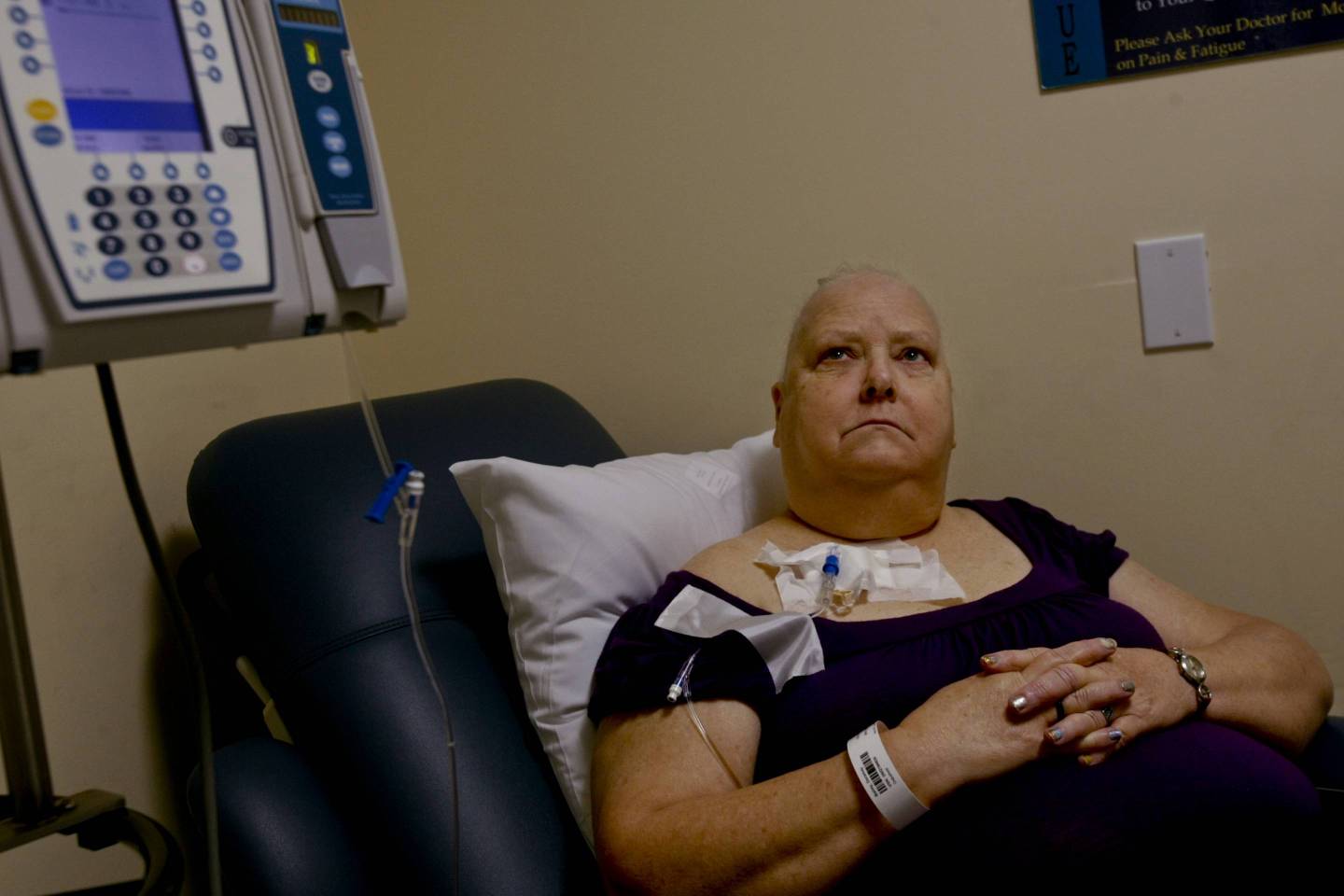 Doramay Bailey (CQ), 58, is treated for stage four breast cancer at City of Hope in Duarte on August 11, 2010. After having an abnormal mammogram she had to wait for months to get a biopsy and many more months to start chemotherapy. Her mammogram was done at Martin Luther King. (Photo by Anne Cusack/Los Angeles Times via Getty Images)
Anne Cusack—Los Angeles Times via Getty Images

There was some fabulous research news for women with breast cancer earlier this summer: 70% of women with early stage disease who often get chemotherapy under current treatment protocols don’t actually need it, a major multi-year international study showed. Those months of toxic infusions—the hair loss, the nausea, the debilitating weakness, the heightened susceptibility to life-threatening infections—provide no discernible survival benefit for them.

With new diagnostic tests, the 30% of women who will benefit can now be targeted.

I have sat with more than a few friends as chemotherapy dripped into their veins, brought friends injections to combat dangerous drops in their immune cells, and covered for colleagues in the midst of treatment who were too fatigued to work.

This study is a real game changer, right?

Maybe yes and maybe no. Here’s the problem: There is currently a really lucrative industry built around 100% of women with breast cancer being treated just as they are now. At a major medical center in Connecticut, Betsy Glassman, a woman I interviewed for my book, was billed $40,000 for each of four rounds of chemotherapy.

What if the thousands of patients like her don’t need it?

Hospitals charge tens of thousands a session for sitting in an infusion bed; drug manufacturers make great money selling the meds (even though some have long been off-patent and, in Europe, cost a fraction of the U.S. prices); doctors and hospitals are allowed to buy and mark up chemotherapy drugs for billing, thereby keeping a profit; and device manufacturers get in on the action by charging thousands for infusion ports, reservoirs implanted under the skin for delivering medicines that would irritate veins.

So many parts of the medical system benefit financially from what has now been scientifically diagnosed as needless, harmful treatment that comes with a legion of very serious side effects. This means that a great advance in medical knowledge means a big financial loss for almost everyone now involved in chemotherapy.

So I am watching very closely how oncologists and hospitals will now respond. If history is a guide, they will fight hard against the evidence that less is more—and will instead (for a good while at least) prescribe more than the research has shown is best.

The U.S. health system trusts in financial motivation to drive medical progress. That works great when a manufacturer discovers a new drug or invents a new type of surgery to target an otherwise intractable disease. Discovery equals profit.

The concept works much less well when the “new” advance means income loss for a system in which “evidence-based medicine” often seems far less motivating than financial self-preservation. In the last 10 years, less-is-more discoveries have had a very hard time making their way into doctors’ practice.

Cologuard, a stool test that obviates the need for a regular colonoscopy, has had a tough time breaking into the market. That is true even though the U.S. Preventive Services Task Force has endorsed it as an acceptable alternative to a colonoscopy for people of average risk. (It noted a lack of “head-to-head comparative trials” to determine which form of screening was most beneficial, so clinicians should “consider engaging patients” about which test they preferred.)

With Cologuard, the patient does a stool test that checks for altered DNA at home every three years, and gets a follow-up colonoscopy only if the results suggest a problem. There’s no need for the patient to spend 24 hours cleaning out their system, to receive anesthesia, to take a day off work, and to pay a big bill.

Stymied by what might be viewed as a resistant market, Cologuard has taken to advertising on TV. But who will advertise to women that they don’t need chemotherapy?

In another example, research has repeatedly demonstrated that long courses of formal physical therapy do not benefit patients after hip replacement. Patients are just as well at one- and six-month checkpoints if they are prescribed exercises to do on their own. In some European countries, this has long been standard treatment.

But in the U.S., will patients be told about this more convenient option when post-op physical therapy sessions range from $500 to $750? One patient I spoke with, Therese Ciesinski, calculated her physical therapy bills after hip replacement in central Pennsylvania at over $5,000 a month.

It’s only when medical providers do not make extra money by providing the post-operative physical therapy that they tend to acknowledge its redundancy. After the New York University Langone Medical Center agreed to participate in a Medicare pilot program to accept an all-in “bundled payment” for hip replacement, the average cost of post-operative rehabilitation plummeted from $6,228 to $742.

A cardiologist from Texas recently told me that medicines and outpatient monitoring for heart failure were now so good that he could treat flare-ups while patients were at home. When he told the hospital CEO the good news, his response was swift: “Don’t do that!” Hospitals need patients to fill beds.

Happily for women, breast cancer treatment has become increasingly refined, with the trajectory of research showing that more aggressive treatments often have little merit. Radical mastectomies have been replaced with lumpectomies. Women with hormone receptor-positive breast cancer take a hormone blocker rather than more aggressive chemicals.

How long will it take for the new research about chemotherapy to move into common practice?

There is incredible support in Congress for what’s called the “right to try”: a terminal patient’s right to get (by paying for it) a drug in development before it has been proven useful and therefore approved by the Food and Drug Administration (FDA). But there is a more important right that is currently overlooked and has few political backers: The right to be told that a prescribed treatment has been studied and determined unneeded.

Elisabeth Rosenthal is the editor-in-chief of Kaiser Health News and author of An American Sickness: How Healthcare Became Big Business and How You Can Take It Back.