Dorothy’s Stolen Ruby Slippers Are Recovered After 13 Years—But Who Owns Them? 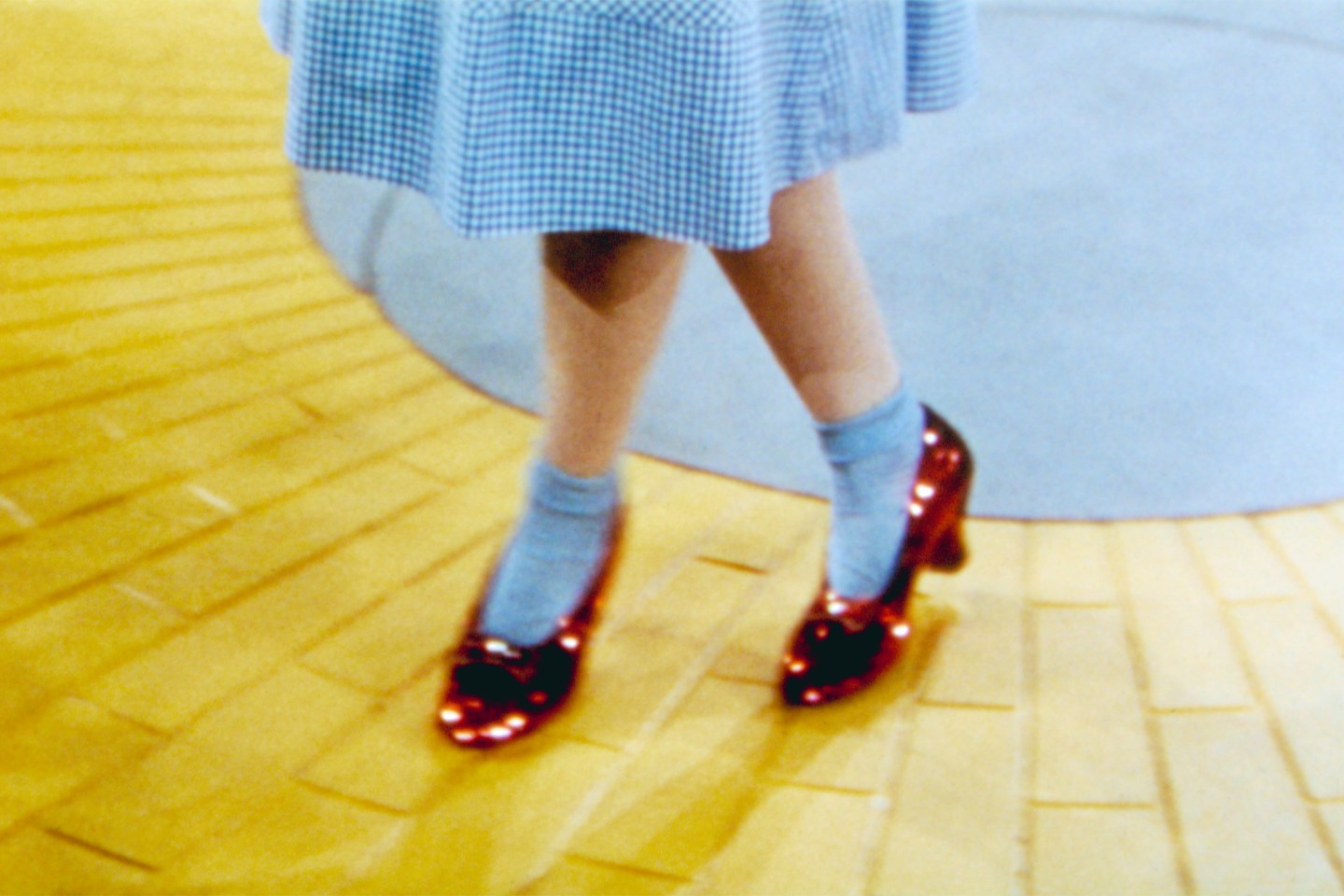 Thirteen years after thieves absconded with the most famous shoes in cinematic history, police have found Dorothy’s ruby slippers from The Wizard of Oz. The question is: Who do they return them to?

The red sequined heels, one of four pairs worn in the film, were stolen while on loan to the Judy Garland Museum in Grand Rapid, Minn. in 2005. Police at the time had no clues about who took them since there was no security camera footage. The FBI was eventually brought in on the case and announced Tuesday that it had recovered the famous props, but did not provide details, such as a suspect’s name.

Collector Michael Shaw originally bought the shoes for $2,000 in 1970. At some point after the theft, his insurance company paid him an $800,000 claim and became the official owner of the shoes, according to The New York Times.

The $800,000 price tag is a bargain for Dorothy’s slippers. Several years ago, another pair sold at auction for $2 million. Another pair, found at the Smithsonian’s National Museum of American History, was the subject of a Kickstarter that raised $349,000 to conserve the shoes. A third pair will be displayed at the forthcoming Academy Museum of Motion Pictures in Los Angeles.

The FBI will give more details about the ruby slippers’ recovery at a news conference in Minneapolis—not Kansas—Tuesday at 1 p.m. CT.