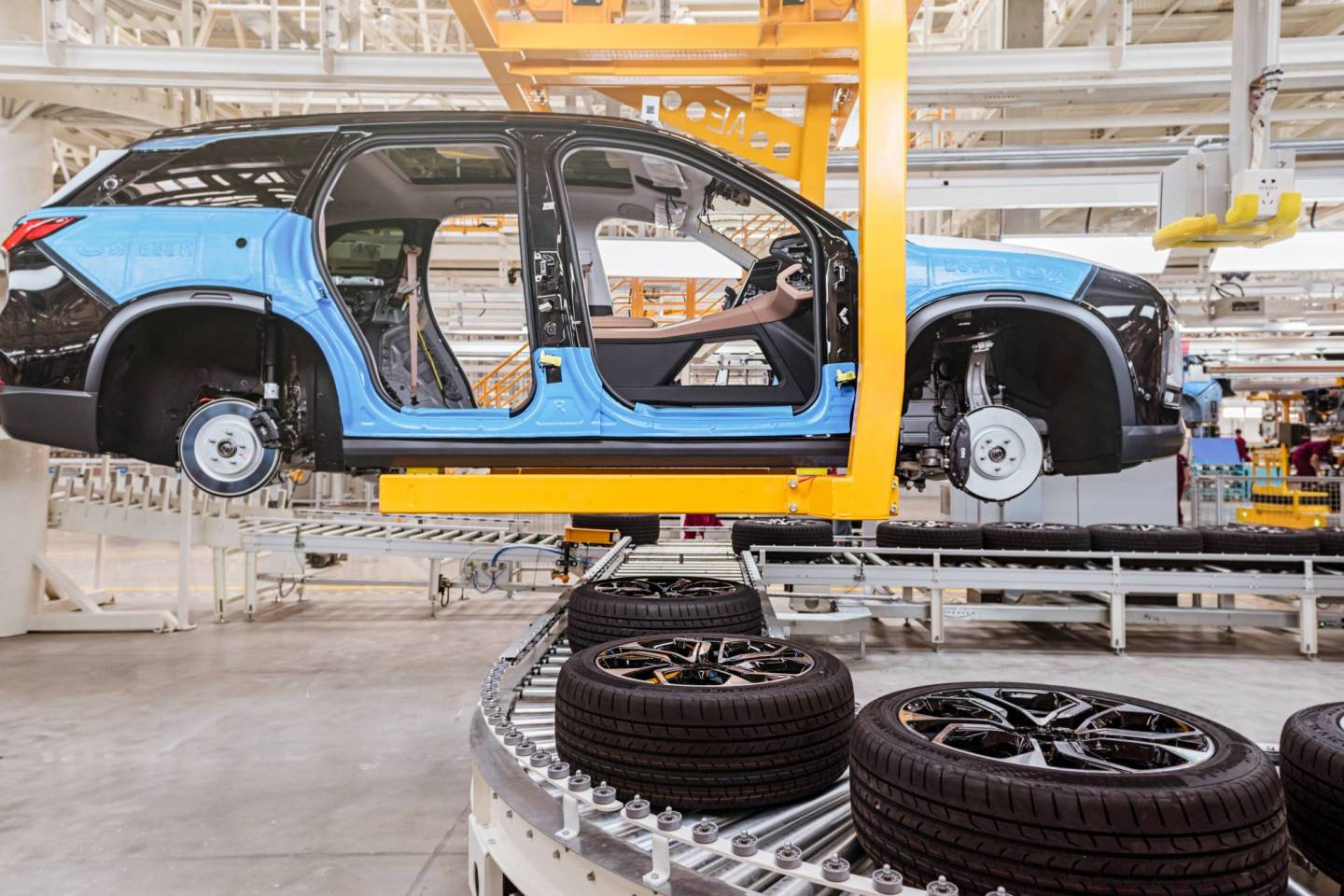 These are exciting times. Wednesday brought news that a long-in-tooth startup, SurveyMonkey, wants money from investors despite its lackluster results. Around the same time a barely three-year-old Chinese electric car maker called NIO also filed to go public. It, however, is attempting to raise even more cash despite having accomplished almost nothing at all.

Amusingly, NIO’s Chinese name translates into “blue sky coming,” according to the company’s securities filing. That’s appropriate because NIO’s promise to investors is all blue sky—and little else. The company shipped its first car last year and to date has delivered just under 500 of them. [Note: not a typo. Five hundred is the right number.] NIO rang up sales of $7 million in the first half of the year while losing half a billion dollars. [Again, not a typo.]

In other words, NIO is to Tesla (TSLA) what Tesla is to any established car marker: a bright, shiny object masquerading as a real company.

NIO’s attempt to raise more than $1 billion is reminiscent of the dot-com bubble of nearly two decades ago. Back then frothy new companies offered regular investors the opportunity to pretend to be venture capitalists. They too could throw down on startups with no track records. Things generally didn’t go so well.

NIO is nothing if not ambitious. “We believe that improved smart electric car technologies, coupled with better experience of car ownership, will drive increased appreciation and adoption of smart electric cars, leading to the fulfillment of our vision of blue skies and a more sustainable future for our planet,” its CEO writes. It also counts heavyweight investor Hillhouse Capital and Internet giant Tencent as backers. (The two own nearly a quarter of the company.)

NIO’s offering document is notable in other ways. I can’t remember seeing a longer list of “risks,” from geopolitical concerns to its own inexperience to a complicated capital structure. It also contains page after page of fascinating information about the Chinese automotive market, none of which changes the fact that NIO hasn’t yet shipped 500 cars.

Capitalism is a glorious thing, as are transparent capital markets. Investors are free to gamble on unproven upstarts, just as there’s nothing stopping them from pulling the arm on a slot machine in Vegas.