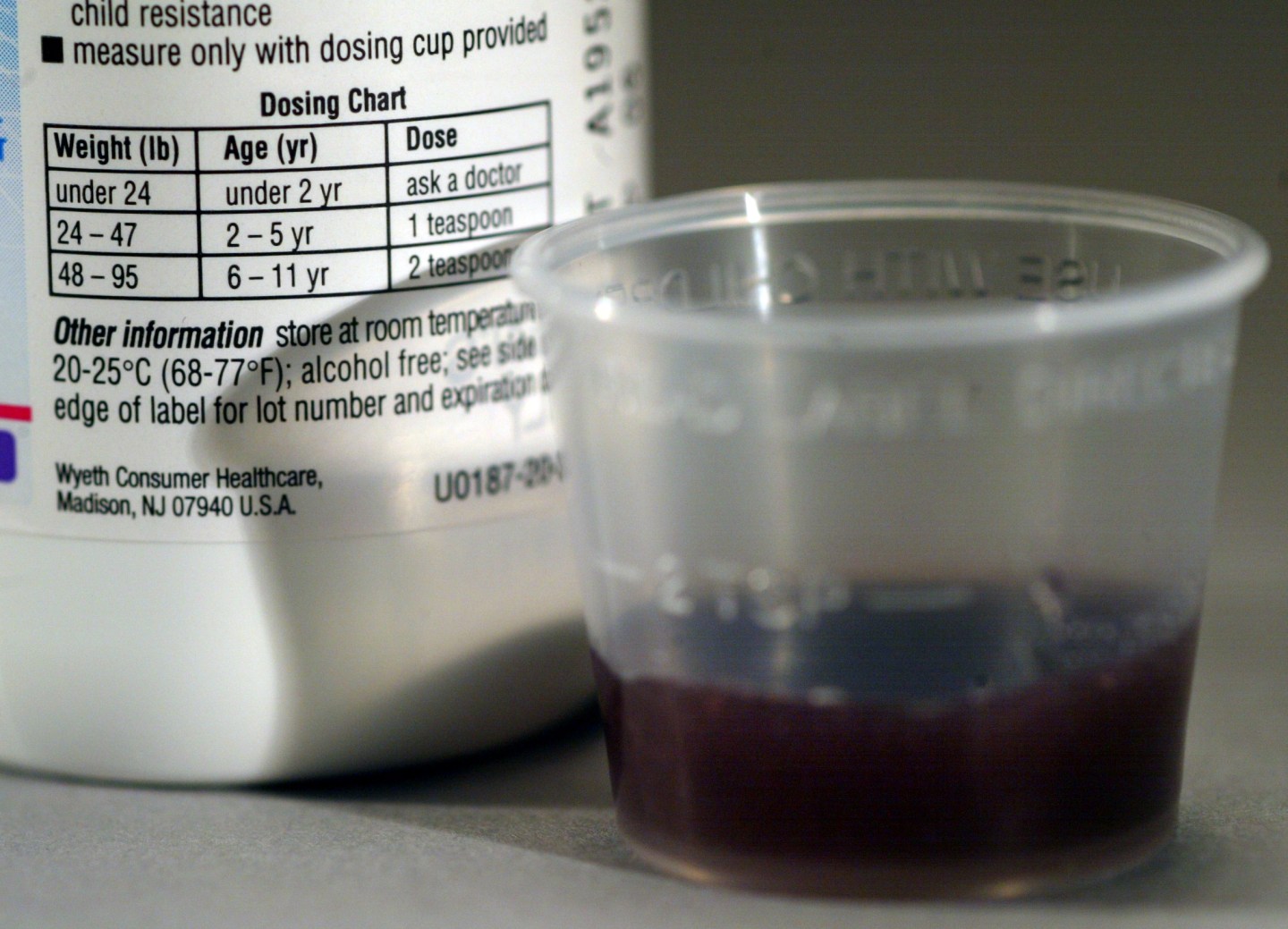 Pfizer has recalled a specific production run of its Children’s Advil Suspension Bubble Gum Flavored anti-inflammation medicine in a 4 fl. oz. bottle. The instructions for the medication are noted in milliliters (mL), but the included measuring cup notes only teaspoons.

The company issued a voluntary recall out of concerns of “a chance of being associated with potential overdose,” it said in a statement. One teaspoon contains five times as much volume as 1 mL. The Food and Drug Administration isn’t involved, but Pfizer said they were informed.

There’s no fault with the medication itself, however.

If a parent relied on the measuring cup without noticing the cup was denoted only in teaspoons, they could administer a dose to a child that exceeds safety limits, and would be high enough to cause an ibuprofen overdose. An overdose can lead to symptoms like nausea and vomiting, as well as drowsiness, blurred vision, and other symptoms.

No information was immediately available about obtaining refunds.

Pfizer offers information by phone and can accept adverse health reports at 1-800-882-3845 between 9 a.m. and 5 p.m. Eastern Time from Monday to Friday.