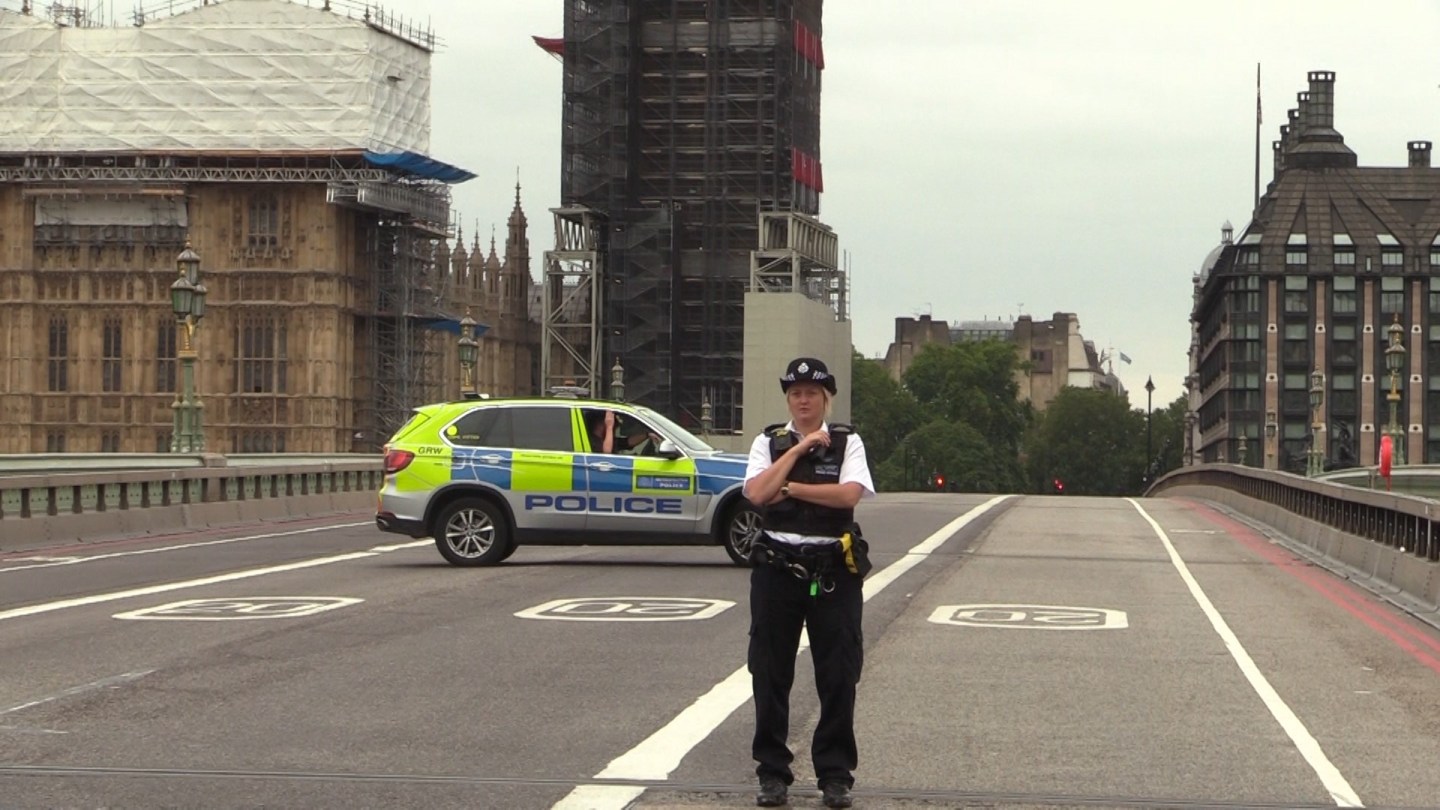 Police arrested the driver of a car that crashed into the barriers outside Britain’s Parliament on Tuesday, and said the counter-terrorism unit is leading the investigation. Two people were injured.

“At this stage, we are treating this as a terrorist incident,” the Metropolitan Police said in an emailed statement. The driver of the car, a man in his late 20s, was arrested on suspicion of terrorist offenses, the police said.

Parliament is in recess, and few lawmakers are likely to have been in the building, especially just after 7:30 a.m. when the incident took place. But the building is one of the world’s major terrorist targets. In March 2017, a man drove a car through pedestrians on Westminster Bridge, before crashing into the railings and running into the grounds through the gates. He killed four pedestrians and a policeman before he was shot dead.

Television pictures from the incident showed armed police surrounding a silver saloon car that had hit heavy barriers outside St. Stephen’s Gate, the main public entrance to Parliament. Its hood was crumpled and its airbags had been deployed.

The London Ambulance Service said it treated two people at the scene for injuries “that are not believed to be serious.” Both have been taken to the hospital, the service said on Twitter.

Police earlier said they had shut Westminster subway station and cleared out hundreds of commuters.