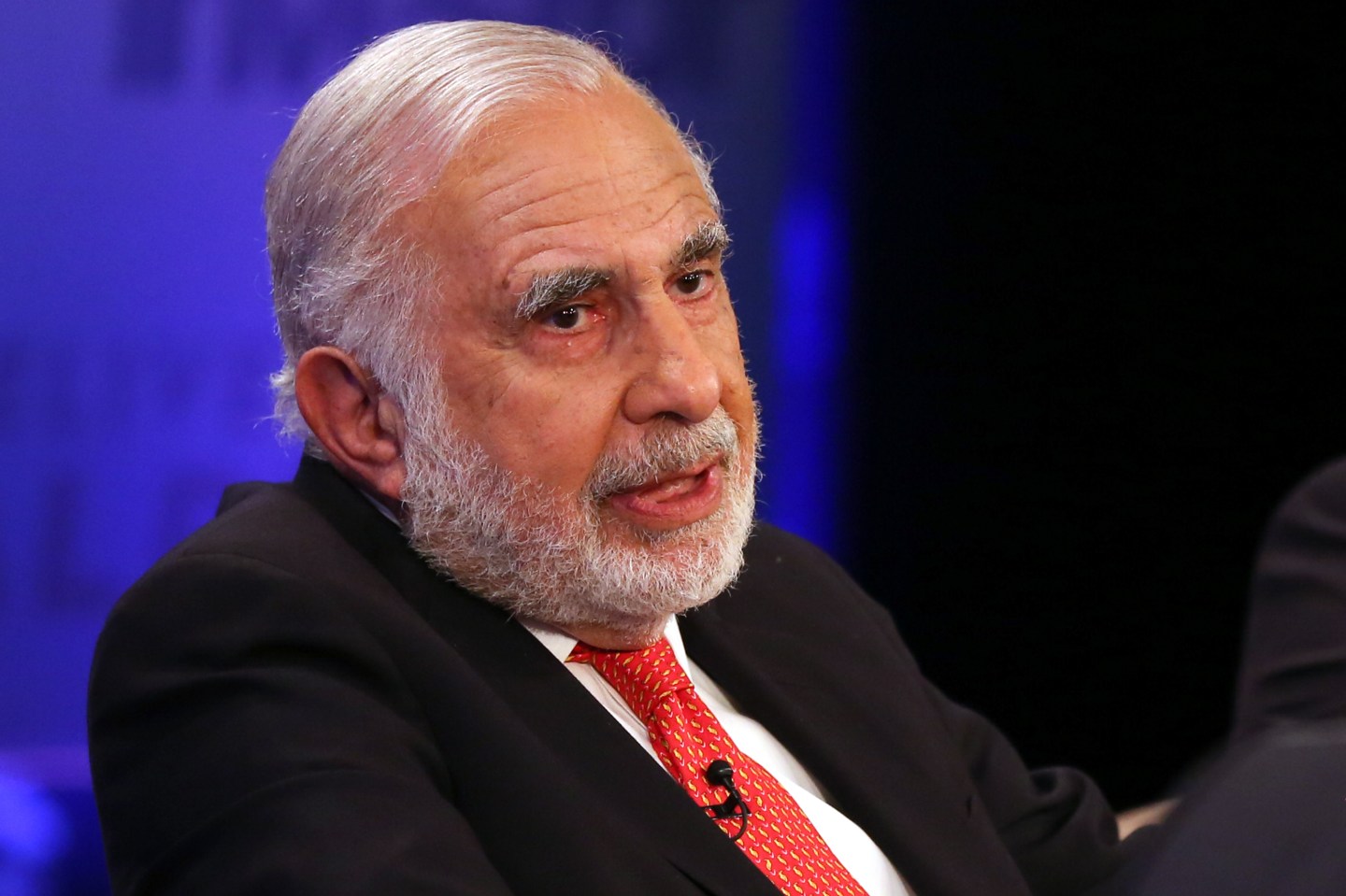 Institutional Shareholder Services Inc. and Glass Lewis & Co. last week urged Cigna’s investors to support the takeover, saying it made sense from a financial and strategic perspective. Icahn had opposed the deal, saying it would be a “travesty” if it were to proceed. He sought to block the deal in a proxy fight ahead of a shareholder vote set for Aug. 24.

“In light of the ISS and Glass Lewis recommendations in favor of the Cigna/Express Scripts transaction and the significant stockholder overlap between the companies, we have informed the SEC we no longer intend to solicit proxies to vote against the transaction,” Icahn said Monday in a statement.

Cigna, based in Bloomfield, Connecticut, agreed in March to the cash-and-stock deal for St. Louis-based Express Scripts with the goal of bringing two branches of the health-care services sector under one roof, saving money for clients of the combined company. Glass Lewis called the insurer’s offer for the pharmacy benefits manager “both strategically and financially compelling, structured in a reasonable manner from a valuation standpoint for Cigna shareholders.”

ISS said it believes the transaction would be “significantly accretive” to earnings in the year following the deal’s closing. It noted Cigna’s management has said it expects to achieve earnings of $20 to $21 a share in 2021, compared with $18 a share on a standalone basis.

“We continue to be confident in the deal, and we are pleased that others share our optimism about what our companies can do to advance health care,” Brian Henry, an Express Scripts spokesman, said Monday in an email.

A representative for Cigna didn’t immediately respond to a request for comment after regular business hours.

Icahn holds a 0.56 percent Cigna stake — disclosed in a filing last week — as well as a short position in Express Scripts. He came out against the deal, saying the insurer is “dramatically overpaying” for Express Scripts. While he acknowledged he faced an uphill battle to block the deal, the billionaire investor argued that Cigna investors should vote against it, based in part on the threat posed by Amazon.com Inc. to Express Scripts’s future.

Amazon has announced its intentions to get into the market for prescription drugs, and pharmacy benefit managers have become a target of the Trump administration’s effort to bring down medical costs.

Icahn said he believed Cigna would be better served by pursuing a multi-year partnership with a firm such as Express Scripts rather than a takeover, and instead use its cash to buy back shares.

Pharmacy benefit managers negotiate rebates from drugmakers and have been criticized for keeping some of the funds instead of passing savings directly to consumers. Some critics contend that arrangement creates incentives for pharmaceutical companies to raise prices.

Cigna has said Express Scripts retains about $400 million of rebates from its clients. That doesn’t include the company’s own prescription drug plans, rebates related to its relationship with the health insurer Anthem Inc. or rebates linked to patient outcomes.

It was an unusual fight for Icahn. Such proxy campaigns often start months in advance in order to give activists time to sway investors.