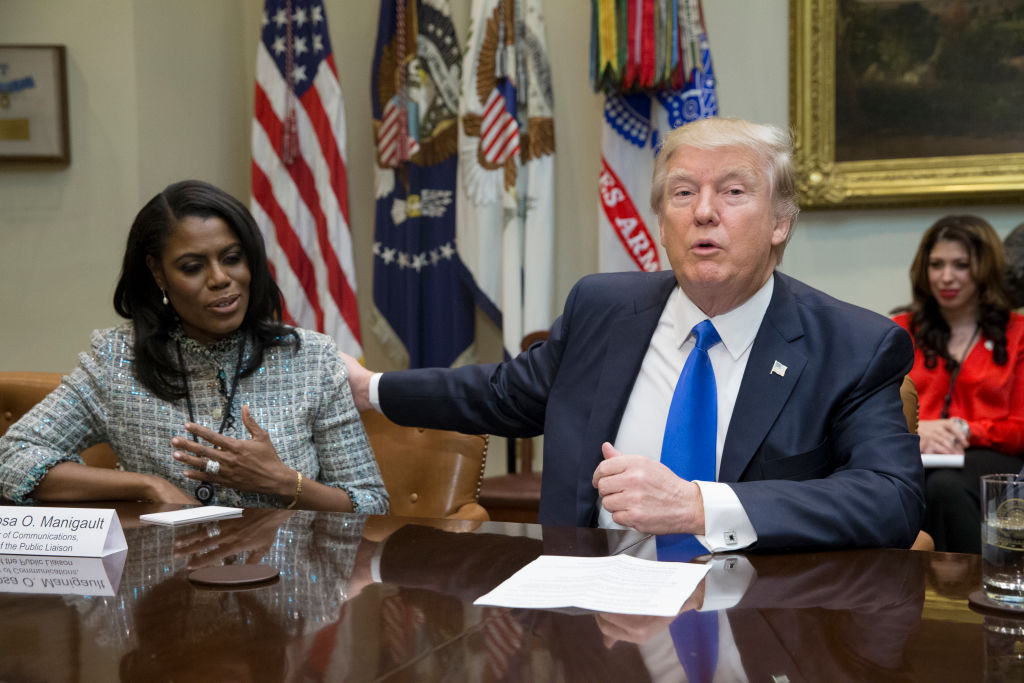 President Donald Trump is “truly a racist,” said former White House aide Omarosa Manigault-Newman, days before the publication of a controversial tell-all book about the first year of Trump’s administration.

In “Unhinged: An Insider’s Account of the Trump White House,” Manigault-Newman, who typically goes by Omarosa, accuses the president of having used racial slurs years ago on the set of “The Apprentice” reality TV show, the Guardian newspaper reported this week, citing an excerpt of the book ahead of Tuesday’s release.

On NBC’s “Meet the Press” on Sunday, Omarosa said Trump had never made such comments in her presence but that she’d “heard his voice” on tape “as clear as you and I are sitting here.”

A year after violent white nationalist protests in Charlottesville, Virginia, Omarosa said she felt “complicit with this White House deceiving the nation” after going on TV to defend Trump’s response at the time.

“I wanted to see the best in him,” Omarosa said of the president’s post-Charlottesville equivocation between the actions of white supremacists and those who opposed them. “He should have been denouncing what we saw as clearly racist Nazis.”

Manigault-Newman, 44, gained renown as a villain on Trump’s reality show “The Apprentice” and two of its spin-offs.

She served as director of communications for the White House Office of Public Liaison, which leads outreach to interest groups, and was one of few blacks in Trump’s administration. “I was the only African American at the table,” she said.

Her departure from the White House was publicly described as mutual, but administration officials indicated she was asked to leave by White House Chief of Staff John Kelly. On Sunday, Omarosa released a tape she secretly made of her firing, in which Kelly describes “significant integrity issues.”

“It’s sad that a disgruntled former White House employee is trying to profit off these false attacks, and even worse that the media would now give her a platform, after not taking her seriously when she had only positive things to say about the President during her time in the administration,” Sanders said.

Trump went further on Saturday, calling his former aide a “low-life” during an appearance with bikers at his Bedminster, New Jersey, golf course. Omarosa married her second husband in 2017 in the ballroom of Trump’s luxury Washington hotel.