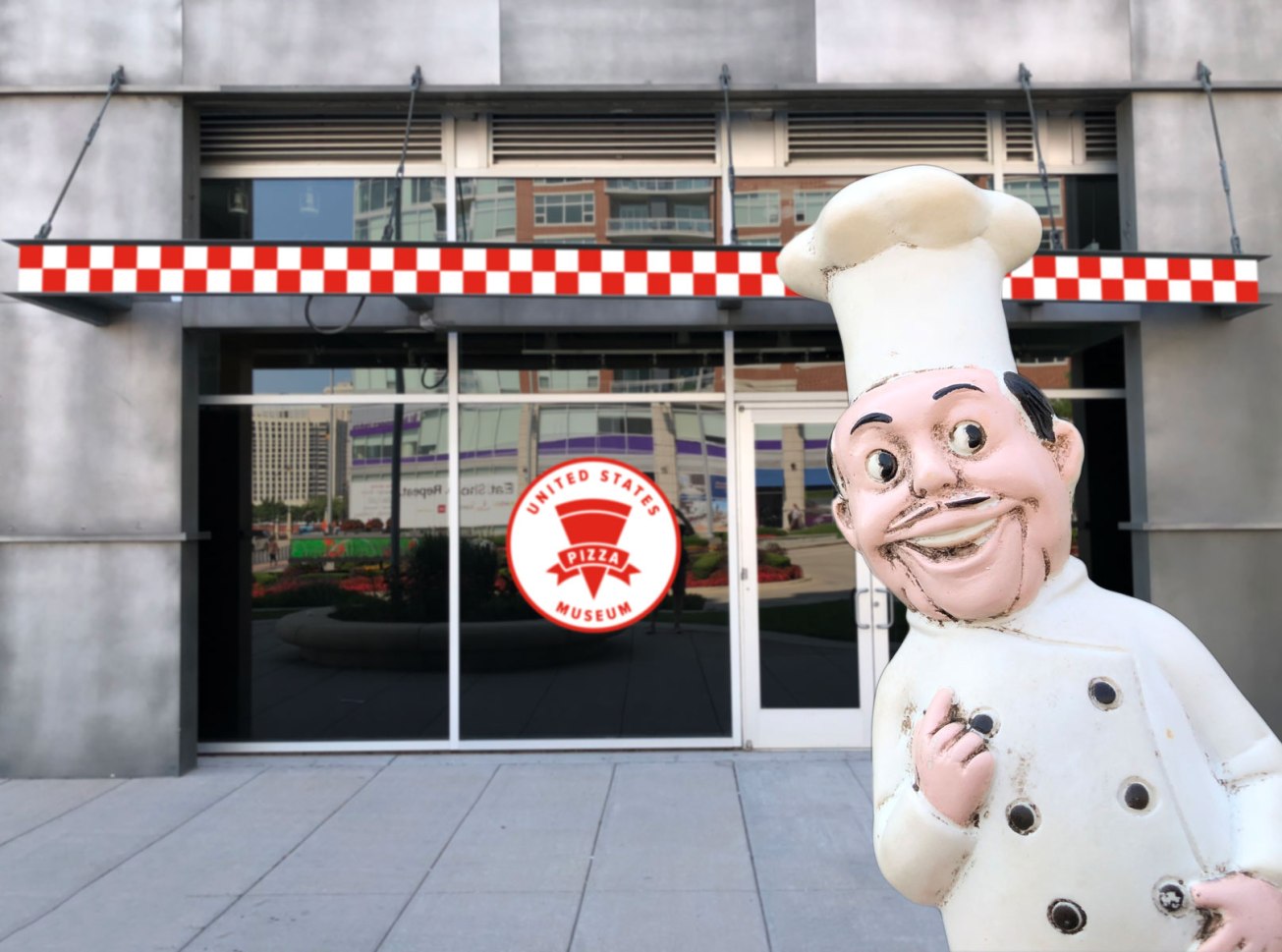 The U.S. Pizza Museum officially opens Friday, displaying pieces of pizza history in its new home in Chicago. The museum, a project by Kendall Bruns, had a short run in a small space three years ago. Bruns has made pictures of artifacts available online and in other smaller pop-up appearances since. The location in Chicago is seemingly ironic, as the city has no pizza, claim critics of Chicago-style pies.

The Pizza Museum has an array of pizza-related items, like magnets, books, clothing, music, ads, and toys, as well as menus from pizzerias—and, of course, pizza boxes. Bruns plans events like book signings and dough-making demonstrations. He also plans to have pizza parties and mobile pizzerias that will park near the pizza museum, though that will be difficult in Chicago, given the absence of that particular food, argue fans of pizza styles including New York, Neapolitan, Sicilian, and even Little Ceasar.

People arguing that a US pizza museum shouldn’t be in Chicago because our pizza is actually a casserole – neglecting the Tavern/thin crust & Quad Cities styles – tells you all you need to know about these “experts” on the subject.

The Pizza Museum offers free admission, but requires advance online reservations for a particular time. It’s open Friday evening and Saturday and Sunday through the day. The U.S. Pizza Museum will remain in its current 3,000 square foot storefront location in the South Loop neighborhood through October at least.

Look, for the sake of social peace I’m willing to suspend fact, logic, and morality and call Chicago casseroles “pizza.” But putting the Pizza Museum in Chicago is like putting the pastrami museum in Riyadh. At least pick neutral ground.

It’s unclear why Bruns didn’t find a location for his Pizza Museum in New York City, which has nearly all the pizza that isn’t in New Haven, Connecticut. Fortunately, an artistic not-quite-competitor, the Museum of Pizza, will open for two weeks in Brooklyn in mid-October. The Museum of Pizza will have static and interactive exhibitions, a pizzeria, film screenings, and a fun house, and promises more.

Kids, this is a bowl of tomato bisque, not pizza. Don’t do drugs.

The U.S. Pizza Museum in Chicago is only a viewing experience and doesn’t serve food—though any pizza fan who has read this far already knew that. Many believe Chicago-style pizza is a practical joke, a shallow bowl that contains fluffy undercooked dough covered by a cheese and tomato soup.

New Yorkers may not agree on where to get the best local slice, but we do know that deep dish is not pizza. Case closed.https://t.co/VyfAdv9Iau