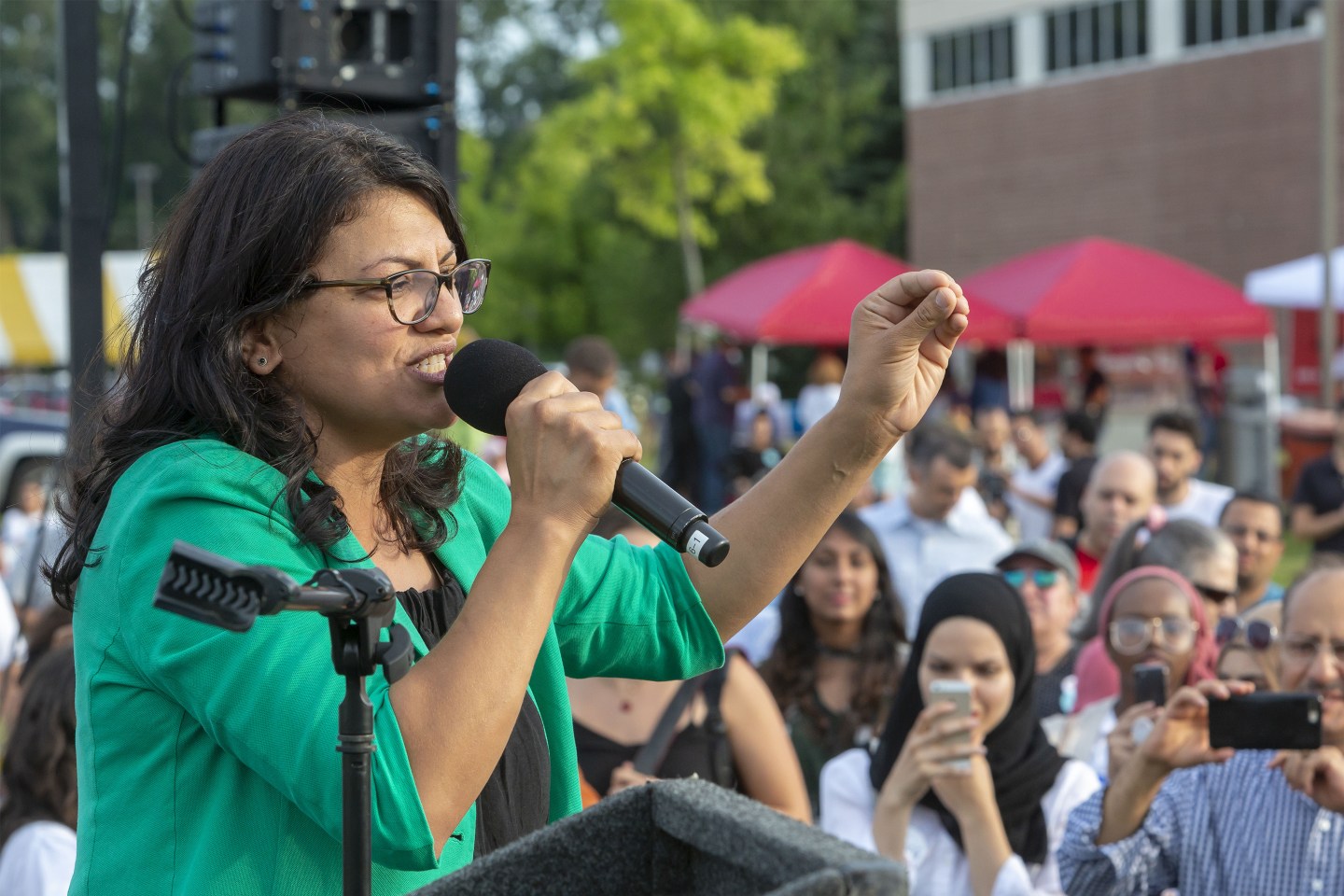 Rashida Tlaib is expected to become the nation’s first Muslim woman in Congress after winning the Democratic primary in Michigan’s 13th district Tuesday. She will run unopposed on November’s ballot, as no Republican or third-party candidates have yet to step up in the majority Democratic region.

Tlaib earned 33.2% of the vote, facing a number of Democratic nominees, including Detroit City Council President Brenda Jones, reports The Detroit News. All were vying to replace Rep. John Conyers, who stepped down in December amid sexual harassment allegations after serving in Congress since 1965.

Tlaib was born in Detroit, the eldest daughter of two Palestinian immigrants. She served in the state House of Representatives from 2008 to 2014, then worked as an attorney for the Sugar Law Center for Economic and Social Justice, an employee-rights group, Business Insider reports.

She ran on a platform of expanding Medicare, implementing a $15 minimum wage, and fighting for worker and union rights. Her grassroots campaign, run with the same progressive tactics as New York Democratic nominee Alexandria Ocasio-Cortez, raised over $1 million, according to The Detroit News.

A longtime critic of President Donald Trump, Tlaib was once arrested for heckling the then-presidential candidate at a Detroit rally. She responded to criticism of her actions in a Detroit Free Press article.

“I have heard critics calling it unbecoming of a former state legislator,” she wrote. “Well, I believe it is unbecoming of any American to not stand up to Trump’s hate-filled rhetoric and tactics.”

Tlaib and Jones will again face off on a special election ballot this November, which will decide who represents the district until Tlaib begins at the start of the next Congress in January.