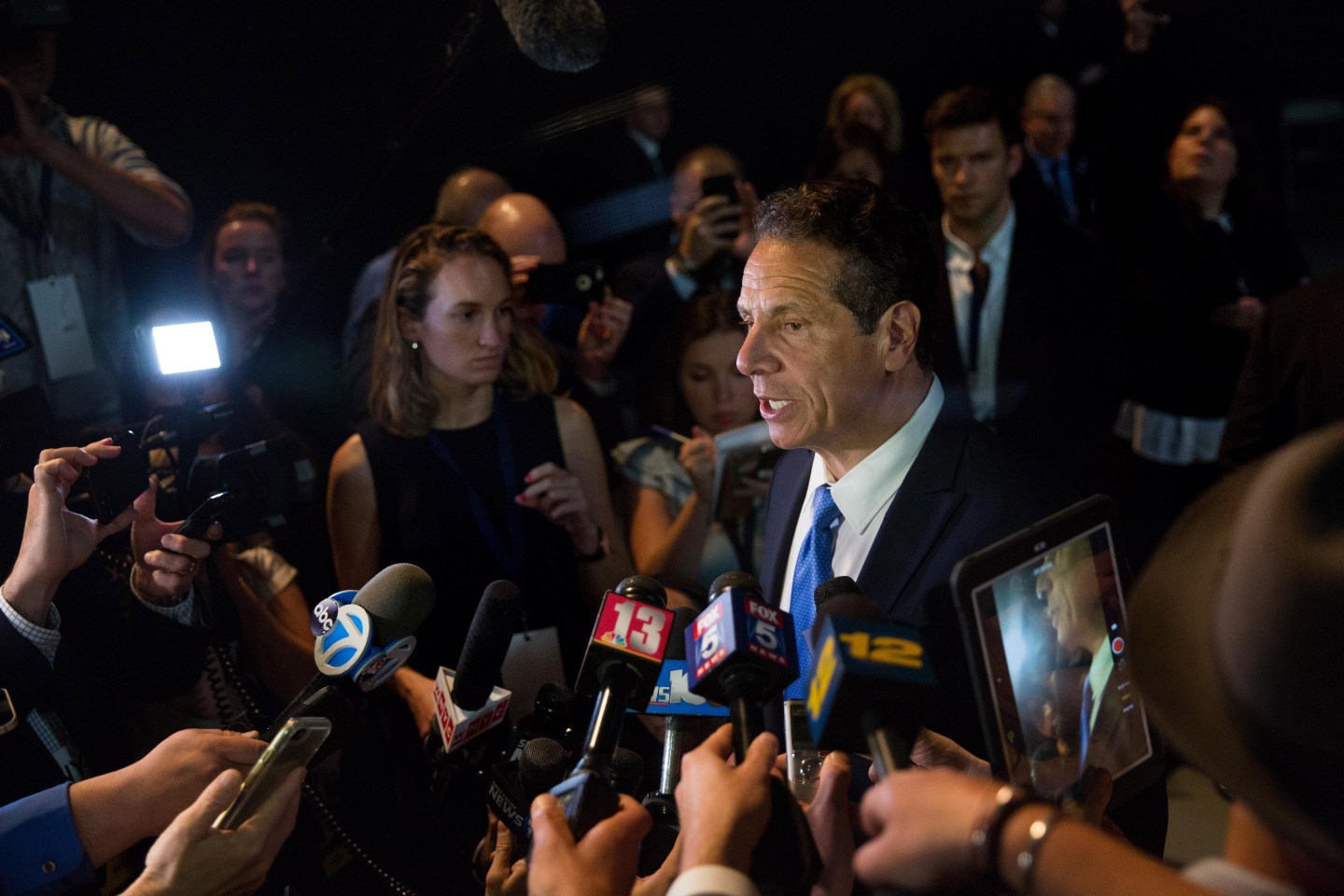 In an interview with NPR’s All Things Considered on Sunday, Cuomo called the NRA a “group of extremists” and their federal lawsuit against him “frivolous.”

“I do plead guilty to stopping the NRA from conducting illegal activity in the state of New York,” he conceded, however. “That I will plead guilty to, proudly.”

When asked whether he believes that his actions are such that they “threaten the NRA’s very existence,” Cuomo laughingly suggested that he “would like to believe it’s true.”

“We have stopped them from selling this illegal insurance policy; I’m sure they were making money from that,” Cuomo explained Sunday. “But they need the money to survive is what they’re saying. Because the way they bully and browbeat is they say to these politicians, if you don’t support the NRA’s position, they will campaign against you.”

Cuomo told NPR that he is planning to speak to other governors and attorneys general in states where the NRA continues to sell this insurance policy illegally in the hopes of limiting the activities of the NRA beyond the state of New York. He hopes his actions will extend “all across the country,” saying that “if they think New York hurt their pocketbook, let’s see what happens when the other states also join in.”

“We could make a serious dent [in] their coffers and that would be good for everyone,” he said.

Last Friday, Cuomo said: “If I could have put the NRA out of business, I would have done it 20 years ago.” He is running for re-election in November.