How Much the 2018 California Fires Have Cost (So Far) 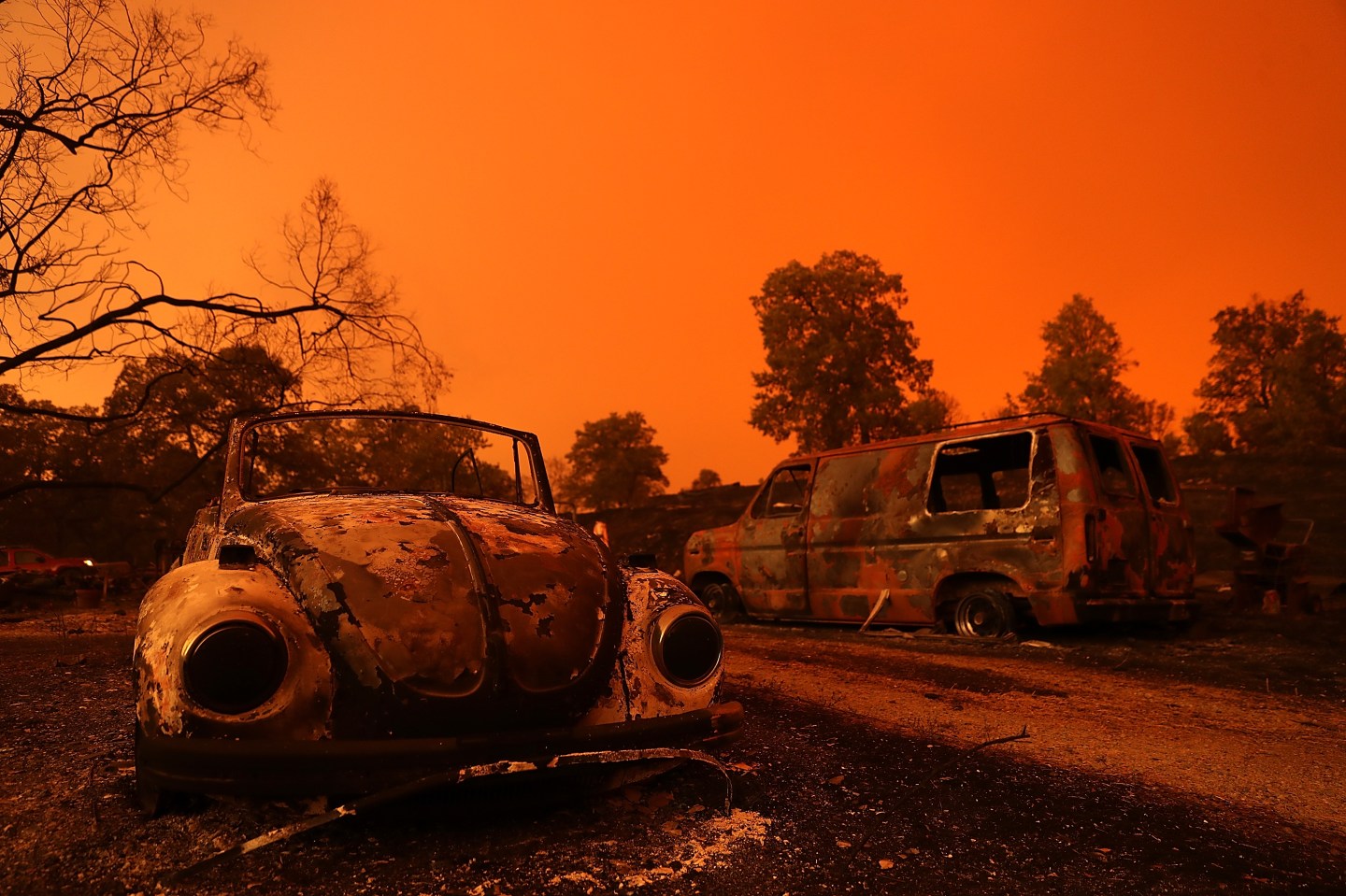 REDDING, CA - JULY 27: A view of cars that were destroyed by the Carr Fire on July 27, 2018 in Redding, California. A Redding firefighter and bulldozer operator were killed battling the fast moving Carr Fire that has burned over 44,000 acres and destroyed dozens of homes. The fire is 3 percent contained. (Photo by Justin Sullivan/Getty Images)
Justin Sullivan—Getty Images

As the 2018 California fires continue to sweep the state, especially near Northern California National Parks, the cost of these deadly wildfires only keeps growing. Pictures of California’s fires barely hint at the damage.

The Carr Fire is already one of the most destructive fires in Golden State history, and has claimed the lives of at least eight people, including two firefighters, as of Tuesday. The total destruction is still unknown, but already, the costs are staggering.

Suppressing such a massive blaze comes with an extraordinary price tag, and already, Carr Fire total suppression costs have topped $25 million. The total home value lost may be as high as $253 million. That’s based on a median sale price of $281,500 in Shasta County, and 900 homes lost to the fire so far, according to the Redding Record Searchlight.

But even costlier than the Carr Fire, so far, is the Ferguson Fire, which began 10 days before the Carr Fire and has so far cost over $64 million in suppression costs alone. That figure does not include home loss estimates.

Historically, California fires end up costing billions in state and federal suppression costs, as well as insurance claims. And with dozens of fires across the state each year, the total amounts are often astronomical.

The 2017 fires that destroyed parts of Northern California Wine Country may end up exceeding $2.5 billion in claims, with property damages alone possibly topping $10 million. The Wine Country wildfires have largely been blamed on faulty transmission lines and other equipment owned by Pacific Gas and Electric (PG&E), making it one of the utility giant’s worst financial disasters, according to The Sacramento Bee.