California Fires: Photos of the Blazes Devouring the State 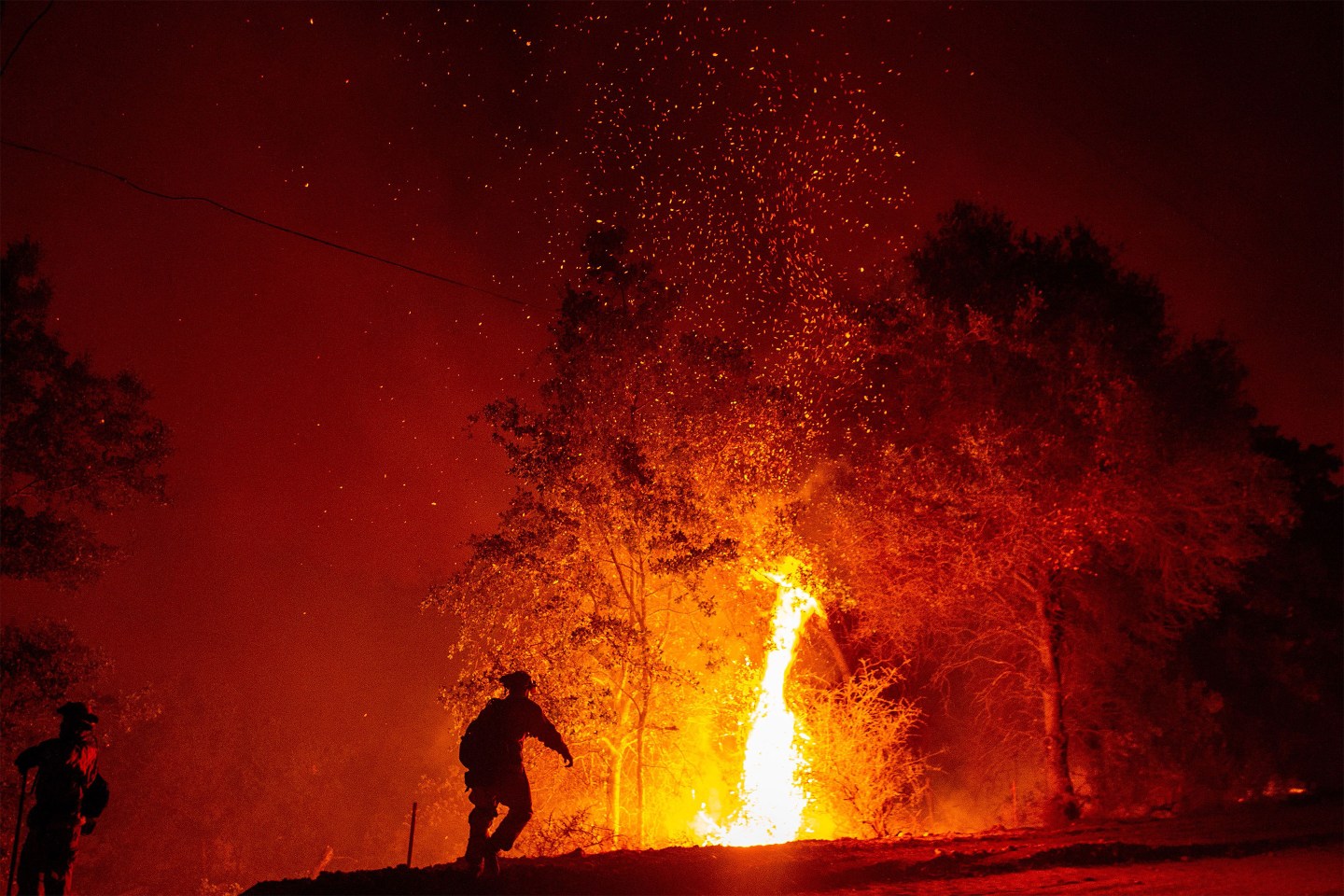 TOPSHOT - Firefighters monitor a backfire during the Carr fire in Redding, California on July 27, 2018. - One person has died and at least two others have been injured as wind-whipped flames tore through the region. (Photo by JOSH EDELSON / AFP) (Photo credit should read JOSH EDELSON/AFP/Getty Images)
Josh Edelson—AFP/Getty Images

BREAKING: The Mendocino Complex fire has officially become the largest in California wildfire history it burned 283,105 acres destroyed 132 structures and 10,200 more structures in danger its only 37% contained breaking the record set by the Thomas Fire just 8 months ago. pic.twitter.com/gqDBx8cKrO

Initially, Redding, the largest city in the Northern California impact area, was hit particularly hard, with the Carr Fire spreading so far that it become one of the worst fires in the state’s history. The fire started on and it’s only 35% contained as of August 1.

But Monday night the Mendocino Complex Fires devoured almost 7,000 more acres, adding to its unfortunate claim of being the largest California fire in history.

As firefighters continue to battle the blazes—from the Carr Fire to the Mendocino Complex Fire and beyond—the news continually evolves on this story. For an up-to-the-minute fire update from CAL FIRE, check out these California fire Google Maps.

For images of the damage caused by California fires in 2018, view the photo gallery above.