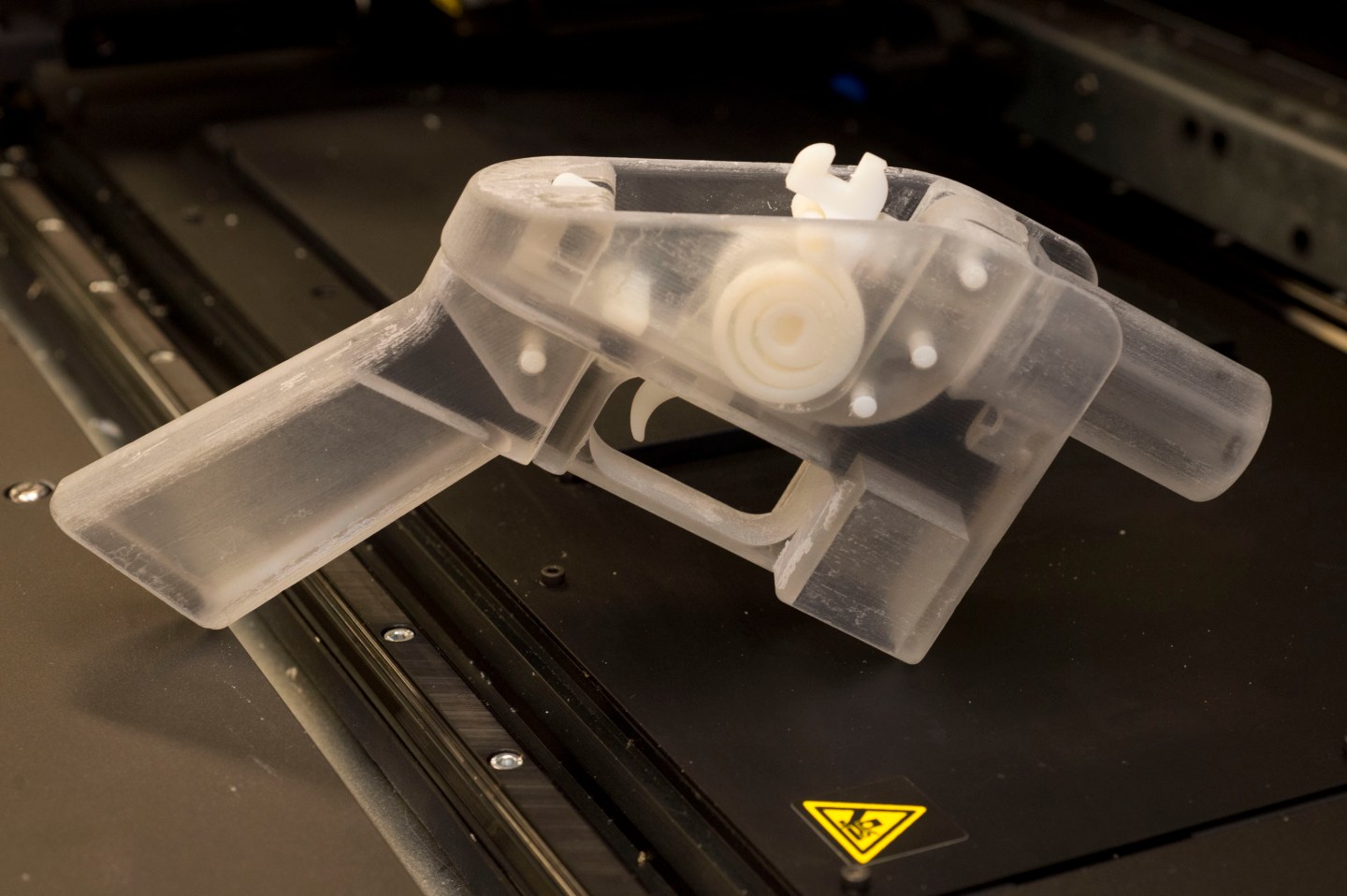 Concerned about the potential for readily available downloadable instructions to make 3D-printed guns, a group of state attorneys general has filed suit to block a Trump administration settlement with an organization Defense Distributed, a Texas non-profit. Until June 29, the federal government had maintained that the printer files and tutorials violated firearms export laws.

Washington state Attorney General Bob Ferguson leads a group of eight states and Washington, D.C., in suing the Trump administation in case filed in federal court in Seattle. Ferguson alleges that the feds violated both the Administrative Procedure Act and the Tenth Amendment. Besides Washington, attorney generals in Connecticut, Maryland, Massachusetts, New Jersey, New York, Oregon, and Pennsylvania have joined in.

The suit asks for a temporary restraining order nationwide that would cover both the federal government lifting export controls and Defense Distributed from posting the downloads. (Fortune was able to download instructions from Washington State on Monday afternoon.)

The Administrative Procedure Act requires that to waive export restrictions on the gun files, the government must seek concurrence from the Department of Defense and provide 30 days’ notice to Congress. The suit argues the Tenth Amendment reserves to the states the right to regulate firearms, and that this settlement jeopardizes Washington and other states’ restrictions.

The U.S. ordered Defense Distributed founder, Cody Wilson, to remove blueprints for 3D printing a gun in 2013. Wilson sued on First and Second Amendment grounds in 2015. The government opposed the release of these plans on the basis of national security, but then abruptly pivoted to settle on June 29.

Under the settlement, Wilson planned to allow free downloads of printable designs on August 1, although the attorney general of Pennsylvania, Josh Shapiro, said Wilson’s site made designs available on July 29. He sued, and the group agreed to block IP addresses identified as being in Pennsylvania until a formal court hearing.

On Friday, a federal judge rejected a move by gun-control groups to block the settlement from going into effect based on what the judge said in a preliminary finding was the groups’ seeming lack of standing to intervene in the case. The attorneys general, representing citizens’ interests and citing states’ rights, are more likely to succeed on standing, regardless of the ultimate outcome.

Affordable 3D printers cannot produce metal parts, and lack the precision to create robust enough objects for reusable, or even safe shooting. However, even coarsely plastic 3D-printed firearms, sometimes combined with other more easily manufactured or purchased elements, can produce weapons likely to harm the shooter that are capable of firing a projectile at least once.

Far more expensive 3D-printing equipment, used in industrial manufacture and aerospace, might create a gun that could be refined into an effective weapon, but access to such equipment, the time to print, and the cost of materials will remain prohibitive in combination for some time to come.