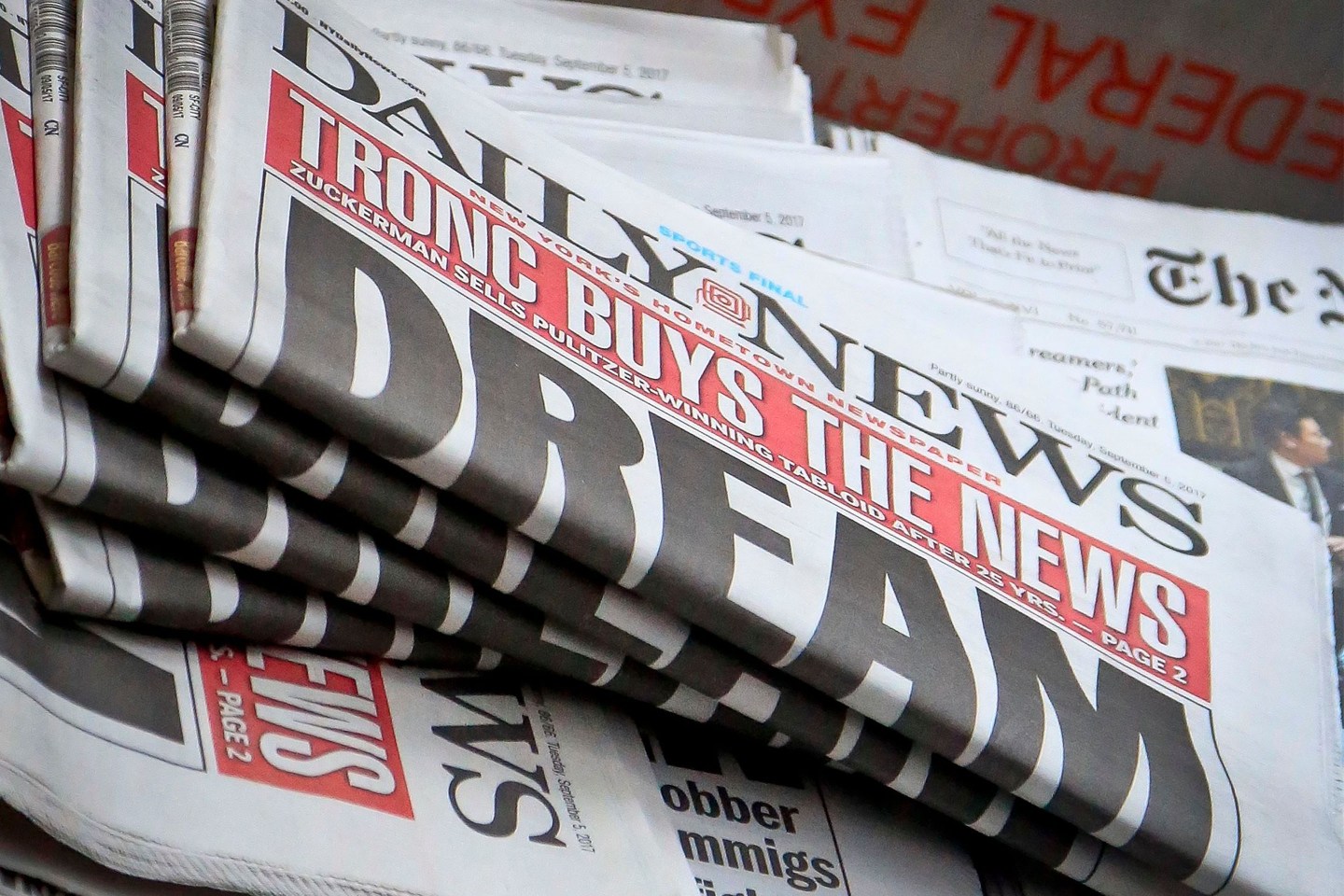 Mandatory Credit: Photo by AP/REX/Shutterstock (9040229b) A newsstand display copies of the Daily News, in New York. The tabloid newspaper has been acquired by Tronc, the publisher of the Los Angeles Times and The Chicago Tribune, in a deal announced Monday night, Sept. 4 Tronc-Daily News, New York, USA - 05 Sep 2017
AP/REX/Shutterstock

The New York Daily News on Monday announced plans to cut half of its newsroom staff, following the departure of editor-in-chief Jim Rich, NBC News reported.

Staffers learned about the layoffs in an email from Tronc, the newspaper publisher that has owned the Daily News since September 2017. “We are fundamentally restructuring the Daily News,” the email said, adding that the paper would focus more on breaking news, including “crime, civil justice and public responsibility.” Human resources will notify affected staffers by the end of the day.

“If you hate democracy and think local governments should operate unchecked and in the dark, then today is a good day for you,” Rich warned in a tweet early Monday morning, ahead of the layoff announcement.

If you hate democracy and think local governments should operate unchecked and in the dark, then today is a good day for you.

News of the layoffs started circulating last Thursday. One Daily News staffer told the media newsletter Study Hall, “Everybody in the newsroom is basically on edge.” The staffer said that Rich’s name had already been removed from his office door last week. Managing Editor Kristen Lee will also depart from the staff.

The Daily News moving forward will be headed by Robert York, the publisher and editor-in-chief of The Morning Call, a paper local to eastern Pennsylvania and western New Jersey. York will join the team July 30.

“The decisions being announced today reflect the realities of our business and the need to adapt an ever-changing media environment,” Tronc wrote to staff on Monday. Staff leaving the company will continue to be paid for 90 days and will “be eligible for transitional benefits after that.”

New York Gov. Andrew Cuomo said in a statement released on Twitter that the layoffs would “devastate many households” and urged Tronc to reconsider the move, pointing to the importance of a “robust free press.”

New York City Mayor Bill de Blasio also chimed in on Twitter, calling Tronc’s decision “greedy,” and a “disaster for NYC.” De Blasio added that Tronc should sell the Daily News “to someone committed to local journalism and keeping reporters on the beat.”

It’s no secret that I’ve disagreed with the Daily News from time to time. But Tronc’s greedy decision to gut the newsroom is bad for government and a disaster for NYC. Tronc should sell the paper to someone committed to local journalism and keeping reporters on the beat.